It is, quite frankly, a national tragedy that so many veterans are homeless after they return home

Anya Sharma
and
December 31, 2020
in
COVID-19
Courtesy of Military Times 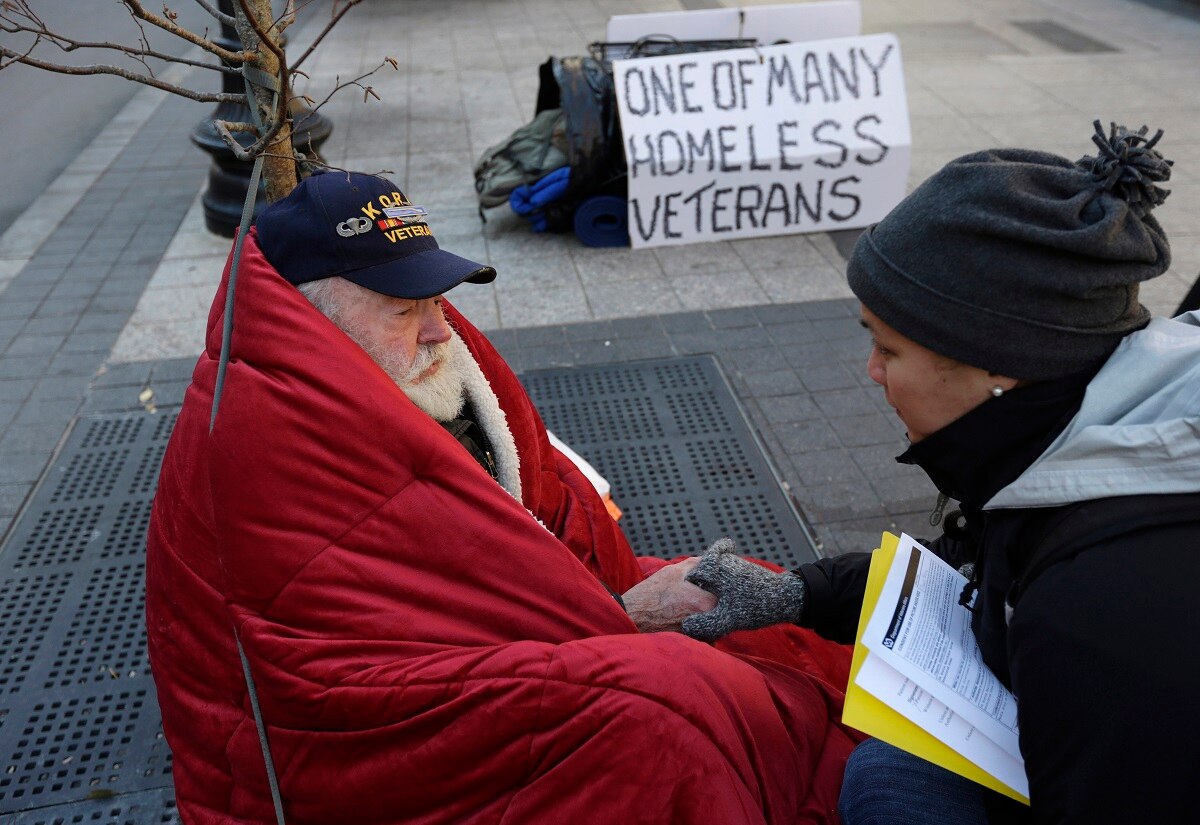 If you walk through the vivacious New York City or the stunning San Francisco, you are bound to walk by a homeless person. Homeless people are forced to sacrifice their dignity and their sanity and are often left without somewhere to turn. A whopping 11% of homeless people in the United States are veterans according to the National Coalition for Homeless Veterans. That leads to the question: why do we let beloved American heroes take up such a large proportion of that population? It is, quite frankly, a national tragedy that these many veterans are homeless after they return home.‍

The root cause of this issue brings about the many flaws of the United States. The first issue being a lack of visibility of how many homeless veterans there actually are. To protect themselves against being convicted of crime, many veterans hide behind the scenes. The crime in question is vagrancy or homelessness which, unfortunately, many jurisdictions see as a criminal offense.

Based on the recorded homeless population of veterans, however, the reasoning being either mental or economic issues have become common. A study in 2005 to 2006 found that the stronger predictor for homelessness among veterans was military pay grade, substance abuse, and mental disorders. Another study found that PTSD and substance abuse were the strongest predictors of later homelessness.

America tries to care for their veterans as the U.S. The Department of Veteran Affairs has spent years attempting to solve the problem of veteran homelessness. However, the VA often runs into barriers with their budget as government-run programs do not get unlimited funding. Not to mention, programs quickly fill up, leaving out a wide range of vulnerable people. The most effective response to veteran homelessness has been community-based nonprofits. This idea is based around “veterans helping veterans” which leads to a more sustained improvement in their quality of life.

On the brighter side, homelessness in veterans has dropped by about half in the past decade.

Well, that was before the pandemic. Alongside COVID-19 came a recession. For context, homelessness is counted during winter as people move to shelters to avoid the cold. This year, attendance is particularly high.

New Orleans has reached a functional zero, meaning all homeless veterans were offered housing and resources. Now, places that have never asked for help from the National Coalition of Homeless Veterans are requesting it, such as New Orleans. Many places also have protections that are starting to diminish as states begin to open up again. Evictions that are still banned in some parts of the country, continue to happen in other areas, making that a true reality for many veterans. Los Angeles is just one example of a city where veteran homelessness continues to be on the rise.

As mentioned before, money is running out and the costs are not going to disappear. As winter begins to approach, organizers are hoping for an expansion of their budget alongside a second stimulus check. However, this seems unlikely as the government is barely able to approve a semi-adequate stimulus package.

Veteran homelessness is overlooked, as is all homelessness. Placing the blame on the people rather than the situation is the reason why many veterans are not given the proper resources. As government spending is limited, so is the help available. If veteran’s basic needs are not met, how can Americans hope to solve the overall problems of homelessness? These are the types of questions that we must continue asking ourselves.

Veterans deserve better than a committee that has strict limits on how many people they can help, especially in a pandemic. Without protections, they become a vulnerable population that is susceptible to not only substance abuse and mental disorders from the likes of serving in the military, but also the same issues that stem from experiencing homelessness.

Veterans who protect our nation deserve to be protected by the nation, regardless of their current situation.