How Stereotypes in International School Affected Me

I’m from Seoul, South Korea, but I lived in Germany for half of my lifetime, and as a full Asian living in a foreign country, I was stereotyped.

Keun Young
and
December 30, 2020
in
Race
Courtesy of HowDoUTeach 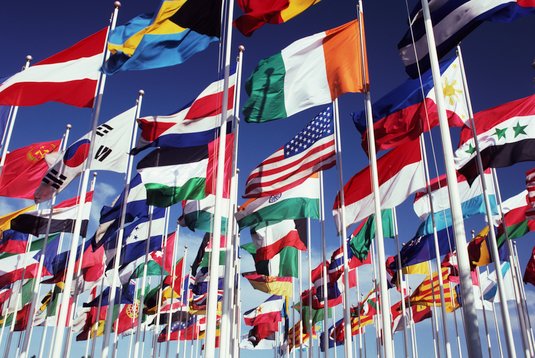 I’m from Seoul, South Korea, but I lived in Germany for half of my lifetime, and as a full Asian living in a foreign country, I was stereotyped.

From 2012 to 2014, I had been attending a school that was founded just when I moved there. It was called “European School” with its own baccalaureate and school system. Soon did I realize that I was the only Asian in Upper School amongst all the other students. But this was just the start of my life-changing story.

It was hard to believe at first glance, but there I stood, alone, in the middle of nowhere, as I recall today. I had nobody to lean on. Despite having lived in Germany for four years, I couldn’t speak the language as fluently as other students (who all came from European countries) did. I felt like I was verbally disabled. Yes, I was able to speak English, but that wasn’t enough when it came to conversing with my classmates in and outside of school. There was no clear way to express how I felt in what I call a claustrophobic environment. Maybe it was just too hard to describe it in words. Maybe.

I was stereotyped as “the Asian geek” in my school, but evidently I wasn’t. At the time, I was just an average student with no big interests in academics. No, not at all. But strangely enough, they made me become one – an overachiever, a perfectionist, an OCD student.

In retrospect, I believe it was because of my own personal desire to be satisfied with how others view me, to become that stereotype of the society’s expectations and ideas.

It helped me grow. It helped me become a more understanding person. Yes, they may necessarily have their own way of regarding me, but I thanked them, and I still do.

Without them, I wouldn’t have realized how unexpected life can become and how you no longer are the person you were just a year ago, a month ago, or even, a second ago.

Now, I’m brave, and I’m no longer fearful of what my future holds.

(*Please note that I am no proponent of stereotypes by all means. I would just like to express my opinion that stereotypes may be regarded in a myriad of different ways but that those various perceptions ultimately come to the same conclusion: they change you.)