Transgender citizens have never been able to claim their rights. But what happens when state laws start to restrict trans people's access to healthcare? 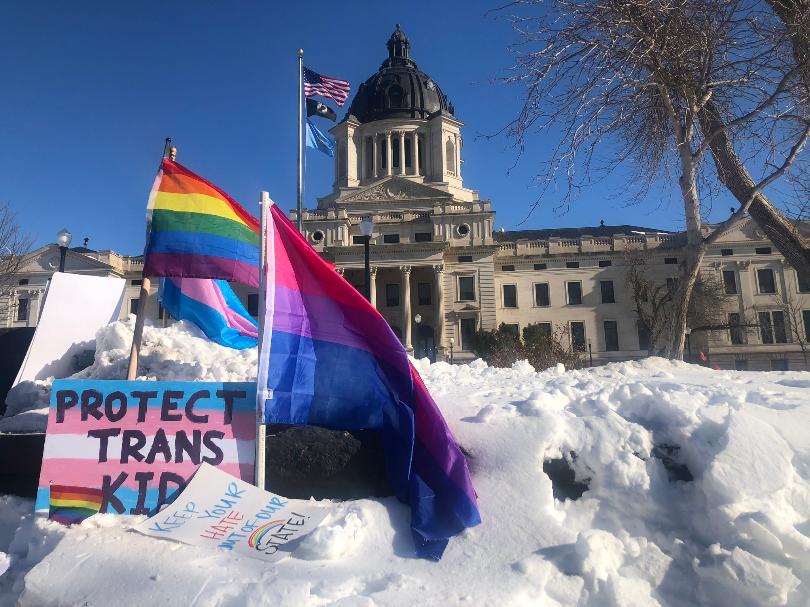 Transgender citizens have never been able to claim their rights. But what happens when state laws start to restrict trans people's access to healthcare?

Since the beginning of the 2020 legislative year, at least six states are in the process of restricting transgender minors’ access to hormone therapy, surgery, and gender reassignment treatment. On February 10, the South Dakota state legislature held the first vote on House Bill 1057, a measure that would effectively bar physicians in the state from providing gender confirmation surgery and puberty blockers to transgender children under 16. Although the bill was killed after reaching the state Senate Health and Human Services Committee, the American Civil Liberties Union of South Dakota fears a possible return of the bill in the future and warns citizens to “stay vigilant.”

South Carolina, Colorado, Florida, Oklahoma, and Missouri have followed South Dakota’s lead in introducing their own state bills. Florida is looking to make it a felony for doctors to provide minors with hormone therapy or sex reassignment surgery, with penalties up to a $10,000 fine and 15 years in prison. In Missouri, which has introduced a total of five bills to bar trans healthcare access, parents who consent to such treatment would be reported to child welfare services for “child abuse.” Bills in Oklahoma and South Carolina would strip nurses and physicians of their healthcare licenses if they participate.

Attacks on trans kids’ access to healthcare are perhaps the most extreme attempt to curb rights for the LBGTQ+ community, taking away the fundamental human right to health. In light of South Dakota’s bill, several medical practitioners have explained why these procedures could be lifesaving for trans youth; the medicines that would be provided dramatically help to diminish anxiety, feelings of depression, and suicidal behavior. In 2018, the American Academy of Pediatrics published a statement advising that youth have “access to comprehensive gender-affirming and developmentally appropriate health care” while recognizing the benefits of hormone therapy.

State lawmakers are failing to listen to professional medical advice, instead working to pass a life-threatening bill for the sake of making a statement. Conservative lawmakers in support of the bills argue that they are protecting vulnerable children who are experimenting with their identities and might regret making life-altering changes to their bodies. Others label treatment as “child abuse” and “chemical castration.” Both arguments are overwhelmingly misinformed and dangerous, serve as a form of erasure towards transgender youths’ true identities, and are reflective of lawmakers’ attempts to sensationalize the issue.

Besides the blatant slate of hatred that these laws present, transgender activists state that legislation to restrict surgeries is unnecessary as the process of transitioning is methodological and rarely involves surgery before the age of 18. Transition typically begins socially with the changing of pronouns and dress to match the gender a trans person identifies with. The argument that trans youth are “confused” or “too young” demonstrates the lack of transgender representation in policymaking as well as the public’s lack of understanding of the processes that trans people undergo to completely transition.

Lawmakers should be focusing on real priorities that work to advance their state’s health care systems and provide for the well-being of all. Ideologies of hate that target the LBGTQ+ community and encourage transphobic sentiment and law in America are the result of ignorant lawmakers whose failure to educate themselves and listen to legitimate medical advice could end with the passage of dangerous and life-threatening legislation. This is a reminder that healthcare is a human right – one that should not be denied on the basis of one’s age or gender identity.