How Racism Impacts the Medical Community

While the American medical system saves lives with its incredible advances (procedures, technology, surgery), the dark stories behind that success are often ignored. 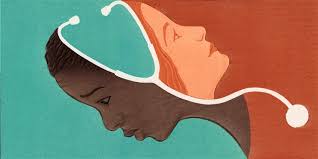 The history of medical torture on Black people‍

The United States of America has always been regarded as the gold standard. The nation that gives people hope for a better life. Yet while the American medical system saves lives with its incredible advances (procedures, technology, surgery), the dark stories behind that success are often ignored. “The father of Gynecology” (James Marion Sims) was well-known for his groundbreaking accomplishments in the designing of the vaginal speculum, and the treatment for vesicovaginal fistula. Nevertheless, during the mid-twentieth century, many critics exposed him for his unethical and brutish approach to his discoveries.

In an attempt to cure vesicovaginal fistula, a complication of childbirth that leads to constant and unmanageable side effects, he experimented on a group of enslaved African American women. In a 2017 article by History.com, a particular young female from the group was identified by the name of  Anarcha Westcott.  Wescott became the prime subject for Sims to carry out his experiments for treating fistula. Her condition of several unhealed wounds on her vagina and rectum were not rare. In fact, it was common among enslaved women due to factories including malnutrition and/or getting raped by white men at a young age. According to NPR, Sims performed 30 experimental surgeries on Wescott without anesthesia before closing the fistula.

Another example of yet another body being exploited in a white man’s reckless pursuit of knowledge was the atrocious experience of John Brown. The New York Times explains that Brown was enslaved and later lent to a physician named Dr. Thomas Hamilton, who was focused on proving the physiological difference between black and white people. The doctor used Brown as an experimental subject in order to test out his hypothesis: black skin was thicker than white skin. In an autobiography published by Brown in 1855, he remembered the doctor “[drawing] up the dark skin from between the upper and the under [arm]” and performing other painful procedures. Doctors such as Hamilton fueled already persistent myths such that black people were immune to pain. These misconceptions allowed physicians like Hamilton and Sims to use black women for painful operations, especially at a time when anesthesia was becoming more common. Sims described in the autobiography, called “The Story of my Life,” the unexplainable agony the enslaved women had to undergo in order to perfect the technique for curing fistula among white women (who were more likely to use anesthesia). ‍

“History is for human self-knowledge … the only clue to what man can do is what man has done. The value of history, then, is that it teaches us what man has done and thus what man is.” This quote by R.G Collingwood, a famous philosopher and historian, begs the question: have we really made sure that history is not being repeated and disturbing racist beliefs in medicine have been eradicated?

In a recent article by the Association of American Medical Colleges(AAMC), it was found that 40% of the first and second-year medical students “endorsed the belief” that black people have thicker skin compared to white people. These ideas cause the mistreatment of black people’s pain in a medical environment. The piece also acknowledged a public health research paper on racial biases and treatment recommendations. The study was conducted on an online survey of an academic pediatrician and concluded that “The association between unconscious bias and patient's race was statistically significant for prescribing a narcotic medication for pain following surgery. As pediatricians’ implicit pro-White bias increased, prescribing narcotic medication decreased for African American patients but not for the White patients.” The effects of these bias are especially prominent during the COVID-19 pandemic.

Statistics show that across the US states, black people are more likely to die from the virus. In Michigan, 40% of the COVID-19 deaths were of people from the black community; compared to 26%  rate for white people. According to released data, in Chicago, 70% of the deaths related to the virus were black residents. This seems peculiar because reports show that only 29% of the city’s population identifies as black.

Why are these statistics the way they are? Two words. Systemic. Racism.

The current system (both societal and medical) places black people at higher risk than white people, causing the disparities that we see during this pandemic. Black people are not only living in areas with limited facilities, but they also live in densely populated spaces. Which, as we know, is a breeding ground for the virus. Additionally, they have a far less equitable health care access. Resources such as hospitals and pharmacies are either far away or subpar. Health problems in the Balck community manifest due to poor allocation of resources and medical inequalities.  ‍

What needs to be done ‍

The stigma and persistent racism regarding black people will always remain until we finally change. As Gen Z, the generation of change, we have an opportunity to create that change. How? Identify your own biases. You will only be able to improve yourself when you are first able to acknowledge and call out your own and/ or close one’s mistakes. Educate. Knowledge has an immense power to create a shift and challenge social paradigms that are inherently wrong. These steps might seem minuscule to some, but it truly works in the long run to make our utopia of equality real.