With the 2020 election looming over the year, the Democratic party remains starkly divided between supporters of Bernie Sanders and more moderate voters.

Haiden Powers
and
March 11, 2020
in
Politics
Courtesy of Politico 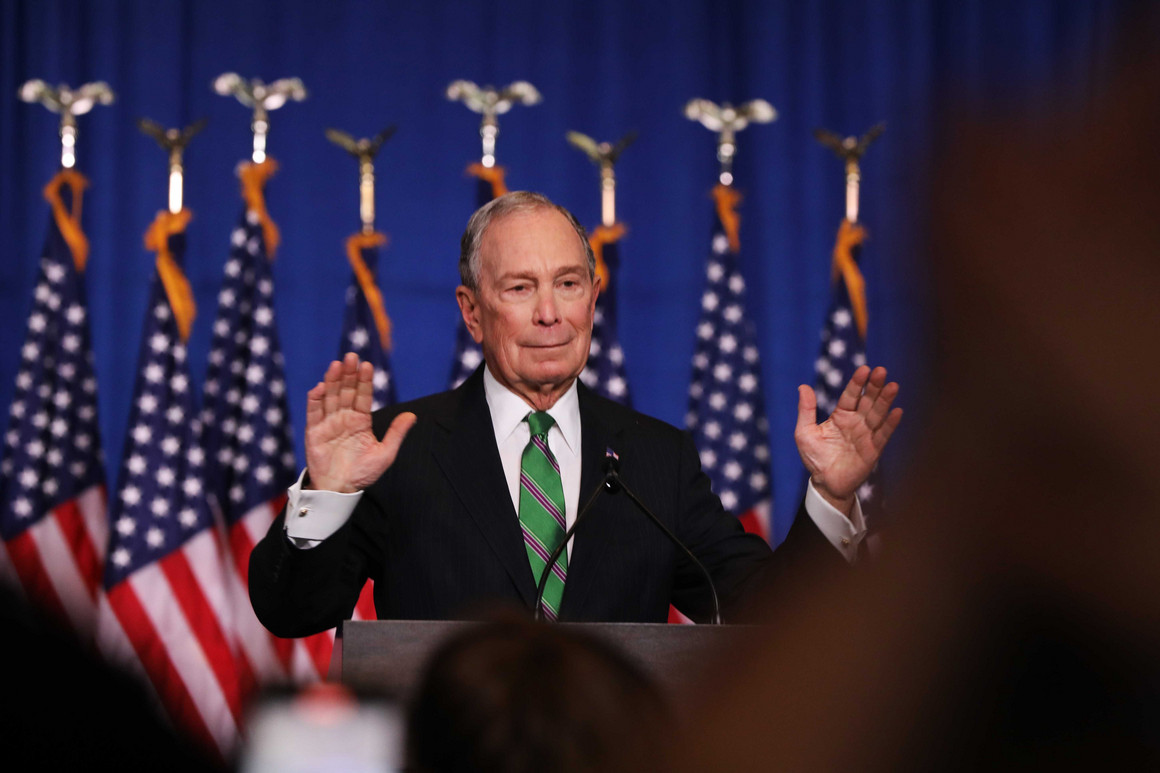 With the 2020 election looming over the year, the Democratic party remains starkly divided between supporters of Bernie Sanders and more moderate voters. Centrist Democrats—especially those turned off by Bernie’s platform and past remarks on authoritarian nations--often look to billionaire Mike Bloomberg as a prime candidate for president. We’re all familiar with Bloomberg’s flood of advertisements on YouTube—short fifteen-second clips in which he strives to cast himself as the safest path towards Trump’s defeat. His YouTube advertisements do well to inform us of his spotlessly liberal record: Mike Bloomberg was fired, started his own media company, and is now very rich. Mike Bloomberg is going to heal the environment. Mike Bloomberg will make sure that we all have affordable healthcare, and apparently “has always fought for women’s rights.”

On this last point, Bloomberg comes across as either unintentionally ironic or purposefully dishonest. What these advertisements about oh-so-wonderful Mike Bloomberg do not disclose is his long history of sexist and profane comments towards female workers at his company and in general. He may have “always fought for women’s rights”, but, just as with Bernie Sanders and his own controversial remarks, Bloomberg’s past actions and remarks are coming back to haunt him.

According to an article published by the Washington Post, his uncomfortable comments stretch back decades. In 1990, one of the employees at his company presented him with a booklet sarcastically titled The Wit and Wisdom of Michael Bloomberg, containing comments that range from distasteful to abusive. Sekiko Sakai Garrison, who filed a suit against Bloomberg in 1997, claimed that after she informed him that she was pregnant, he told her to “Kill it!” (This comment may diverge from some of Bloomberg’s YouTube advertisements that tout his support of abortion rights.)

It doesn’t simply stop with offensive jokes. Some of his past comments are downright abusive. According to Garrison, he once asked a female employee, “If [clients] told you to lay down and strip naked so they could f*** you, would you do that too?” He also told Garrison that he would want to have sex with her if she had “legs and an a**”.  Garrison stated in her suit that these comments were similar to others made by Bloomberg during the six years of her employment. She attempted to complain to managers, but was told to “forget it ever happened,” and she was fired soon after.

Returning to the booklet of Bloomberg’s Wit and Wisdom: he allegedly said of the British royal family, “What a bunch of misfits – a gay, an architect, that horsey-faced lesbian, and a kid who gave up Koo Stark for some fat broad.” These comments seem more befitting of a 4Chan user on a basement computer, not a Democratic candidate. Bloomberg’s  attempts to criticize Donald Trump’s record of sexist comments and harassment thus come across as pitifully ironic and hypocritical, especially given substantial evidence of Bloomberg’s past sins. In his own autobiography, published in 1997, Bloomberg stated that “I had a girlfriend in every city” and “set new records in ‘burning the candle at both ends.’”

Bloomberg bungled his response. “None of them accuse me of anything other than maybe they didn’t like a joke that I told,” to which the audience gasped. He also stated that he has “no tolerance for the kind of behavior that the #MeToo movement has exposed.”

“I hope you heard that his defense was: ‘I’ve been nice to some women,’” Warren said to the audience.

So while some Democratic candidates seek to alienate Bernie Sanders and oust Donald Trump, who has faced similar allegations of harassment, they might do well to examine their options. In the words of a Massachusetts senator: “We are not going to beat Donald Trump with a man who knows how many non disclosure agreements and…stories of women saying they have been harassed and discriminated against.” With the election looming, moderate Democratic voters are left with a dilemma. Bloomberg certainly is preferable over Donald Trump--but to what degree?