In the past, eugenicists have used IQ tests to justify marginalization of ethnic minorities. So what benefits do these tests give to society? 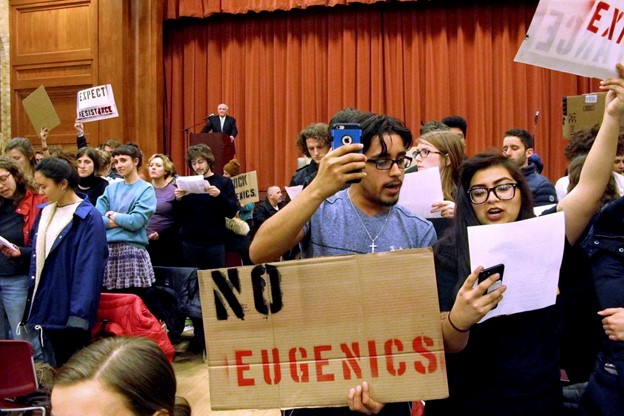 In 1905, the first practical IQ test called the Binet-Simon scale was developed by French psychologist Alfred Binet. Ironically, he believed that IQ tests were actually a limited measurement of intelligence as the tests could not measure creativity or emotional intelligence. Despite the limitations of IQ tests, they have been used since the 1900s as a means for ethnocentrists and eugenicists to marginalize ethnic minorities and impoverished communities, drawing parallels between the lower IQ scores of the aforementioned groups and the higher scores of wealthy, white Americans.

Historically, IQ tests have been used to justify the discrimination and marginalization of ethnic minority and impoverished groups. During the First World War, the US Army had people take what was called Alpha and Beta tests, which included analogies tests, number-completion tests, synonym tests, antonym tests, and, for illiterate people, incomplete-pictures tests and coding tests. These tests were administered to measure soldiers’ intelligence and improve allocation and training for specific occupations within the army. Taking the results from the Alpha and Beta tests, however, eugenicists and psychologist Carl Brigham analyzed the data and published his findings in his 1922 book A Study of American Intelligence in which he claimed that the American intelligence was declining due to racial integration and immigration. He called for social policies to restrict immigration and that “Children of [minority] groups should be segregated into separate classes” due to their negative impacts on American intelligence.

Eugenicists have also used IQ tests in order to determine “idiots”, “imbeciles”, and “the feebleminded”, said professor of American Studies Leila Zenderland in her book Measuring Minds. The prevalence of eugenics ideology in the 1900s led to the US Supreme Court ruling Buck v. Bell, which legalized forced sterilizations of the intellectually disabled, or people with low IQs. The victims of the forced sterilizations were “disproportionately poor or of color”, said PhD candidate Daphne Martschenko in The Conversation, an academic journal.

Although IQ tests have been used unethically and seem invalid, they can be a valid metric to measure the way a certain culture perceives intelligence. According to Donna Y. Ford of the National Research Center on the Gifted and Talented, intelligence is a concept “specific to a particular culture”. In essence, the definition and standard for being intelligent may vary based on culture, and therefore, IQ tests are biased to the society in which they are developed. The problem arises especially for societies that are culturally diverse, where IQ tests cannot accommodate the various cultures and backgrounds present and thus provide misleading results. For example, in certain communities in Africa, one would be considered intelligent if they had extensive knowledge about medicinal herbs. However, if this same person were to take an IQ test in another country, say, the United States, their expertise in medicinal herbs would not be considered when measuring their intelligence. The United States highly values abstract linguistic and logical-mathematical reasoning and thus the IQ tests that are developed in the country will cater these skills. This cultural limitation of IQ tests leave non-white groups such as Blacks and Hispanics at a disadvantage, misrepresenting their intelligence with lower test scores.

In order to mitigate the biases of IQ tests and make them a more reliable measurement of a person’s intelligence, tests could be administered to people based on their cultural backgrounds. By administering separate tests for people of different cultural backgrounds and catering to the cultural differences of society, the current issue of IQ tests—the failure to accommodate different cultures—can be mitigated. As a result of this accommodation, peoples’ IQs would only be comparable if they took tests of the same cultural backgrounds; thus, a South Korean test taker would not be comparable to a Hispanic test taker because their tests would be different. This would allow for more accurate measurements of a person’s valued expertise based on their background rather than their environment. Although critics of this idea may argue that IQ tests should test people on what the society or country they are in value, it is of importance to acknowledge that each individual has their own valuable expertise and skill they bring from their diverse cultural background, and while IQ tests currently do not take into account these cultural differences, if they did, then they may serve to better allocate people based on their culturally valued skill rather than marginalize ethnic minorities.