How Black Lives Matter Has Influenced the Movement for Palestinian Justice

Solidarity is never pre-determined: it can only be cultivated and driven with intersectionality, as shown by the role of BLM in striving for Palestinian justice and liberation 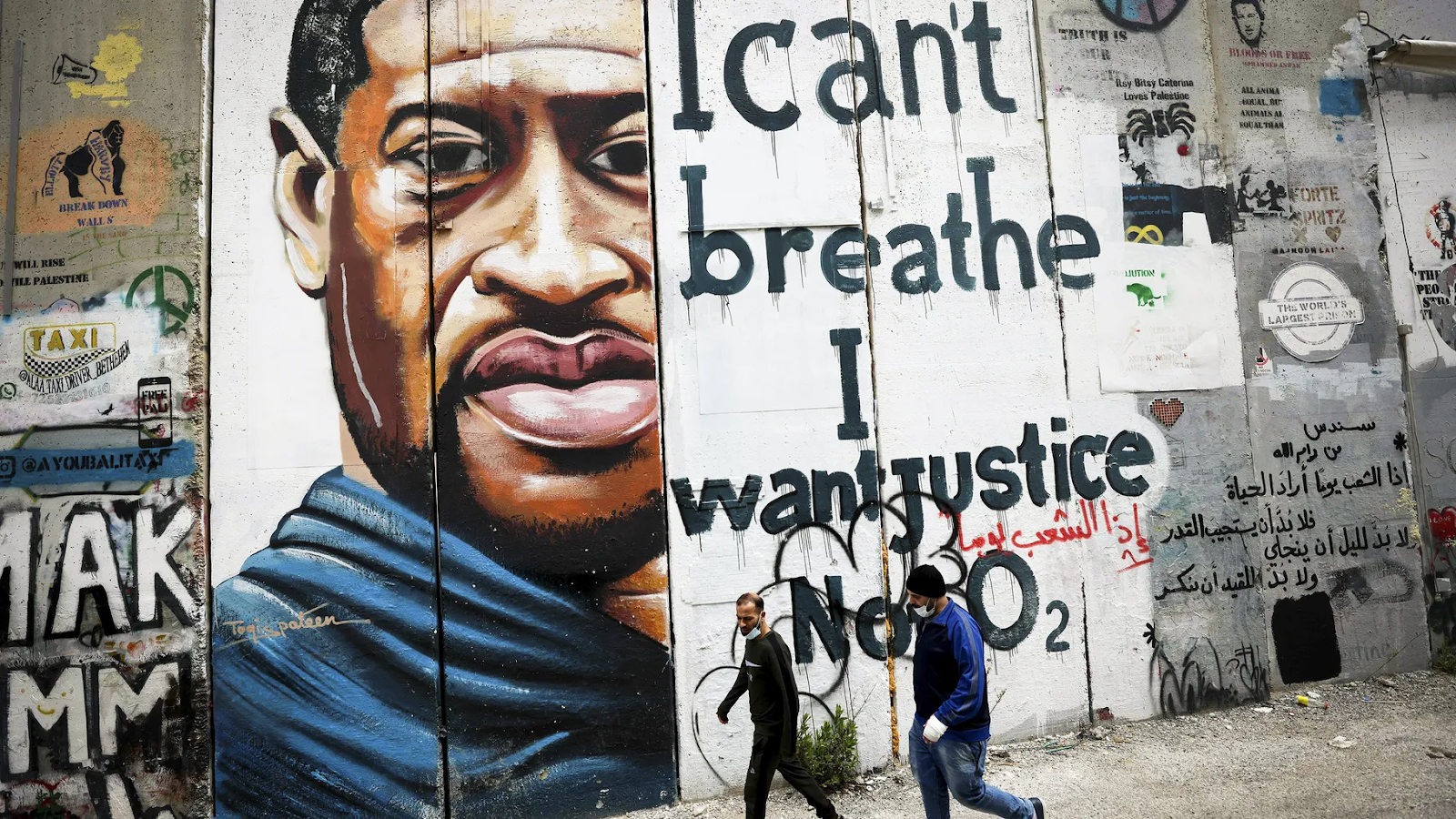 Marking the first anniversary of George Floyd’s killing, the Black Lives Matter (BLM) movement has resurged in 2021. The recent rise in the BLM movement has reenergized ideals of global solidarity among African Americans, other minority groups in the US and around the world, and allies alike. And it has brought to light issues of human rights, state violence, and principles of popular revolt that are akin to the Palestinian struggle on the other side of the world. As BLM fights to abolish systemic racism, it elevates many parallels with the origins of the Palestinians’ struggles: settler-colonialism, asymmetric power relations, and racial discrimination.

The influence of BLM is evident in the various pathways of support for Palestine as of late, from global demonstrations to increased media coverage. The BLM movement has proven to be immensely influential in how the struggles of Palestinians are being amplified, making them more visible and understandable to a global audience. This can be observed in the ways that public opinion and media reporting on Palestine have shifted profoundly in recent weeks. The #SaveSheikhJarrah campaign on social media, which aimed to point out the attempted expulsions of Palestinians from their homes in a neighbourhood in Sheikh Jarrah, effectively created awareness of the context behind the expulsions and violence.

Just like the BLM movement, a broader alliance of prominent voices can be seen rallying behind the Palestinian cause, including political figures, celebrities, athletes, and other prominent individuals, whom have extended their support for Palestine. The alt-rock band Garbage, who rejected calls to cancel shows in Israel in 2016, have now used Instagram to actively voice support for the Palestinians. Rage Against the Machine is another major band that has shown its support by dismissing criticism from fans in expressing its solidarity with Palestinians.

In the U.S., social media has been filled with critiques of the illegal Israeli occupation and outcries of support for Palestine in the forms of demonstrations and petitions, just to name a few. Teen Vogue has also weighed in with op-eds calling for the end of the occupation of Palestine.

In the UK, soccer players from Manchester United and Leicester City displayed Palestinian flags on the field after matches and were welcomed with applause instead of disciplinary action, which was what they would have otherwise faced for taking political stands, if not for the changes brought by BLM. The Black Lives Matter movement has made way for true freedom of expression for activists worldwide and those with a public platform to advocate on behalf of others without fear of recrimination.

Intersectionality has thus proven its importance in activism where it links all the oppressed, respecting and accepting that everyone has their own unique experiences of discrimination and oppression. Especially in the movement for Palestinian justice, it has become clear that the approaches taken thus far owe a significant portion of their success to the understanding of intersectionality that BLM has instilled in activists. Compared to marginalized communities around the world who spoke up against racial injustice last summer, the current state of demonstrations in support of Palestinians do not differ by much. In fact, they have manifested around the globe, prompting others to break their silence and speak up for themselves and their communities. For instance, even the systemic bias of media coverage that ignores Palestinian voices all the way in Australia has been highlighted.

As such, it has become obvious from the recent vocal attention to even the tactics of militarized police in both the U.S. and Israel that just as the technologies of oppression grow increasingly linked, so too does the resistance to these forms of oppression. Solidarity is never pre-determined. It can only be cultivated and driven with intersectionality, as shown by the role of BLM in striving for Palestinian justice and liberation.