In this political climate, it is truly inevitable that our government will have to make massive decisions concerning budget cuts, which national problems to prioritize, and where they must allocate funds to. 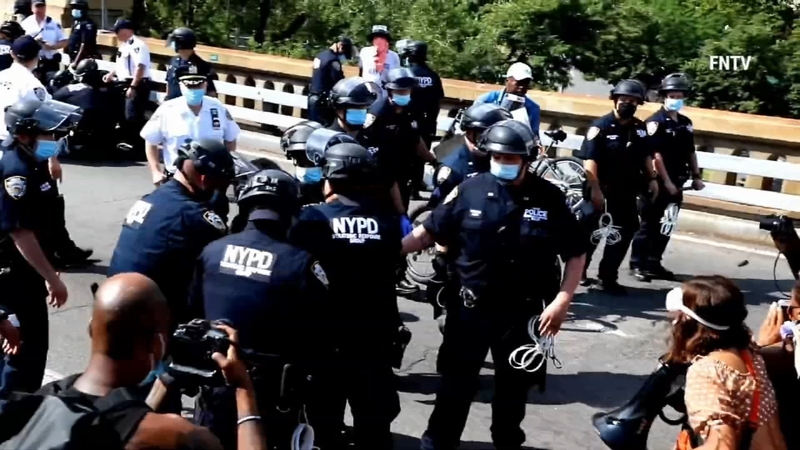 The rapid spread of COVID-19 has caused irreparable damage to our current global conditions. Due to this pandemic, many schools and operations have shut down, leading to the economic and educational downfall of various societal institutions. In this political climate, it is truly inevitable that our government will have to make massive decisions concerning budget cuts, which national problems to prioritize, and where they must allocate funds to. However, certain communities are more disproportionately affected than others when it comes to the economic distribution facilitated by government officials, especially in New York City.

Mayor Bill de Blasio initially intended to cut $827 million from the education budget yet wanted to keep the NYPD budget virtually intact. Less funding in health programming, counselors, after-school programs, teachers, classroom environments, and recent technological tools for education were at great risk in order to accommodate these cuts. And this is not just a New York City issue – it is a state issue as well. Governor Cuomo has allegedly been considering cuts to education funding, potentially slashing almost 50% to areas that were already severely underfunded. De Blasio was also planning to make an additional 23.5% cut to youth and community development initiatives, which includes a 100% termination of the Summer Youth Employment Program (SYEP), a program that has proven integral to students with families facing financial crises, before this decision was recently revoked. According to the American Civil Liberties Union (ACLU), all of these cuts could lead to a major socioeconomic deficit as lower-income school districts are more likely to suffer where they need financial help and/or funding the most.

As a young person myself, I’ve seen firsthand how SYEP is a fundamental aspect of survival for some of my friends. Depending on economic status, having accessible paid summer jobs can help tremendously. It is America's largest youth job program, employing approximately 75,000 kids per summer, and strives to reduce gaps in social capital, work-based learning, and career readiness among class divisions. In addition, it is also one of the most efficient cash transfer programs in NYC, with the majority of funds going straight into the bank accounts of youth employees. Therefore, my proposal would be for NYC government officials to not cut such valuable resources from the city’s budget that would otherwise benefit children’s education and stability. I would like to address the two main misconceptions that have generally fueled the advocacy for SYEP termination or non-supporters of this program’s revival: public gatherings and substantial monetary costs.

In terms of public gatherings, SYEP job providers have already made necessary preparations to ensure a smooth remote operation of the program. Secondly, SYEP reportedly makes up only 0.14% of the city’s budget, so if the budget was $100, the money dedicated towards the program would only be 14 centsThus, the program isn’t as financially straining as it is beneficial for low-income families. This ties right back into lack of accessible internet for economically disadvantaged families, introducing another setback for them if SYEP is shut down. As previously mentioned, enormous educational cuts to remote learning can prove detrimental for those with barely any access from the start. To make matters worse, now they wouldn’t even be able to participate in SYEP, which is primarily aimed to provide networking opportunities for those less economically and socially privileged. So lower-income communities would have struggled to live with not only educational cuts, but also the possibility of being delayed a year from SYEP. Government officials should become more aware of the magnitude of what they are proposing to eliminate.

It is utterly irresponsible for the city to compromise large sections of its budget at the expense of young kids, especially those from low-income families. Even contemplating the discontinuance of SYEP highlights the economic inequality that is entrenched deep within the systemic operations of New York City. I have friends who are more financially stable that weren’t as greatly affected by this possibility at the time, but I also have other friends who rely on its services to survive. For government officials to disregard this inequity means that they were disregarding the importance of inclusivity as well. We must carefully allocate the funds we have for educationally prosperous objectives, not just for now, but until forever.