How America’s Capitalism has Influenced its Social Interactions

What many do not understand is that capitalism also exists as an underlying cultural ideology.

and
December 23, 2019
in
Politics
Courtesy of Medium 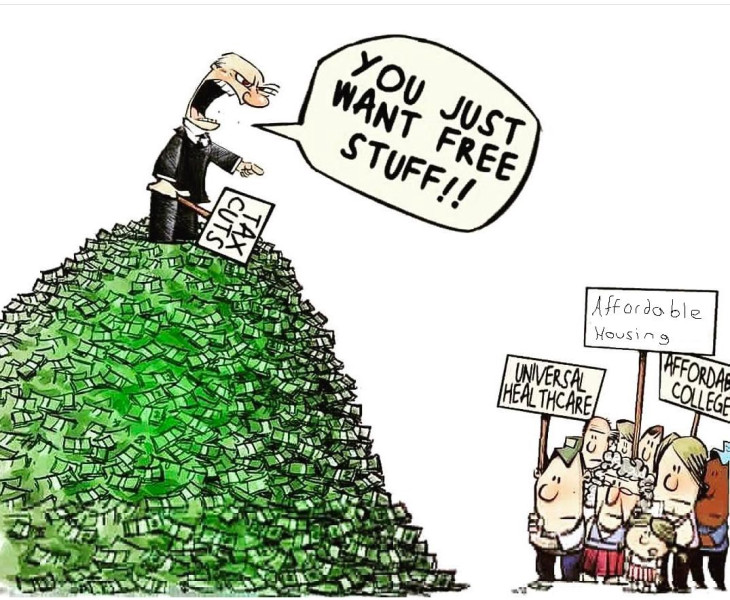 Capitalism is broadly defined as an economic system based on the principle of private ownership of capital, which largely drives and controls a country’s trade, profit, and growth. Many countries, both in the developing and developed world, operate off of a capitalist system, such as the United States, Canada, United Kingdom, Singapore, Sweden, Japan, South Korea, Israel, Malaysia, just to name a couple. However, what many do not understand, is that capitalism also exists as an underlying cultural ideology.

If you are a citizen of one of the above countries or an unmentioned capitalist country, it is not hard to imagine living in a capitalist system. If you are a worker, you work for a company to earn a living wage to support yourself or your family. If you are higher ranked in the organizational hierarchy, such as a manager, you earn more and have workers collectively performing a task for the company. Either way, there is the company’s purpose which unifies all employees as a cohesive unit within the framework of the free market, in delivering its product or service in a productive and efficient manner for profit.

Capitalism has driven our society to believe that the way we fundamentally survive and thrive is through the possession of affluence. One of the core tenets of industrial capitalism is the belief that greed is good, as a mechanism to encourage hard work. That is, the greed to access a good life, that is overwhelmingly defined by materialistic values such as income, often correlated with one’s position in a company. Critics of capitalism say that such an ideology is highly individualistic in a zero-sum game of employees trying to attain promotions, positions at larger corporations, and competition between companies.

For workers, the idea of being a loyal employee or a true team player becomes mitigated, creating cut throat corporate cultures. For owners, startup culture, while not inherently bad, has caused entrepreneurs to neglect their relationships in favour for seeing their business grow. Founders are twice as more likely to suffer from depression and suicidal thoughts, and three times more likely to suffer from substance abuse.

Another core tenet of industrial capitalism is the way people are valued. Capitalism inherently has caused people to value themselves and others by their labour, and wage. Work itself becomes a means to an end to pay mortgage, rather than possessing satisfactory feeling for the worker.

Society values labour based off a bias to define it by economic contribution. That is to say the salary you earn reflects what your deserved economic contribution, and it is how the job is valued. The consequence of that, is the normalization of what constitutes legitimate labour, that creates a bias towards traditional career paths such as post-secondary schooling over the pursuit of career paths such as the liberal arts. The ultimate harm is inequality, which becomes a basis for discrimination, especially against the poor, whom are unable to access post-secondary school and escape poverty cycles.

Even in a stable position within the workforce, company policies are often made by rationality without morality. That is, employees are treated based primarily on their cost-effectiveness. Such a corporate paradigm has sparked debates on the ethics of replacing workers with artificial intelligence and machine learning technologies on the rise.

Economic contribution often neglects the fundamental justification of a capitalist system and inequality, that is equal opportunity. Economic contribution itself neglects social factors such as discrimination against arbitrary characteristics such as race or gender. Furthermore, one’s ability to thrive in a capitalist system is dependent on the birth lottery, and whether your parents possessed the resources to send you to good educational institutions. In America, the public school system, which 50.7 million students rely on, is overwhelmingly underfunded in favour of the School Choice Movement, namely the rise of charter schools.

Note that I am not anti-capitalist. I think capitalism has been largely successful in shaping the development of the modern world. However, America possesses a 91 on individualism Hofstede's Theory of Cultural Dimensions. I think American society has let capitalism turn it into a highly individualistic culture, concerned with the pursuit of artificial success including one’s status relative to others.

As Nick Carraway in The Great Gatsby written by F. Scott Fitzgerald once said, “Don't judge people; not everyone was born with the same advantages as you.”