The fundamental rights to freedom of assembly and freedom of expression have been valued by citizens globally, so why aren’t they granted in Hong Kong? 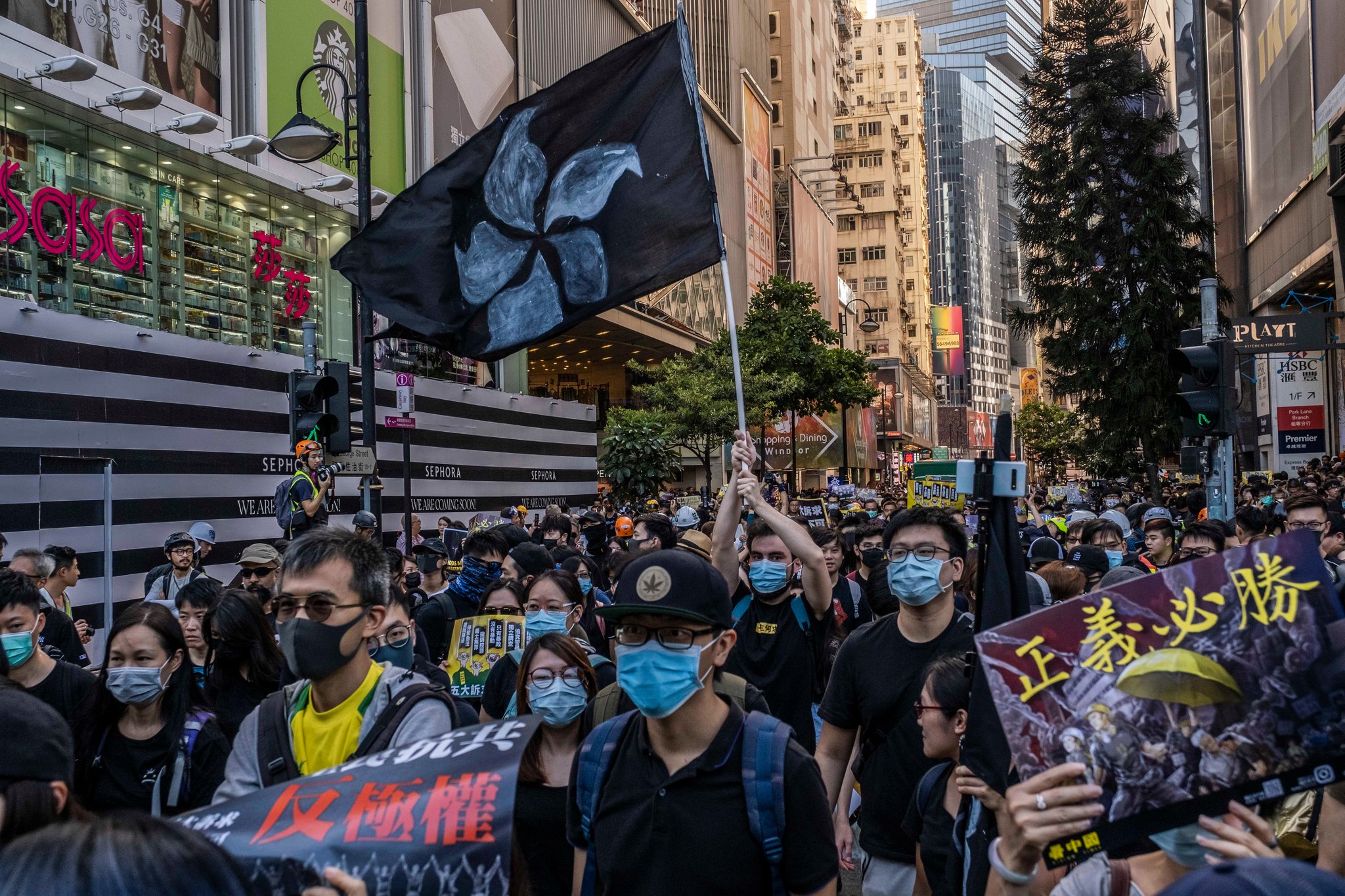 The fundamental rights to freedom of assembly and freedom of expression have been valued by citizens globally, so why aren’t they granted in Hong Kong? Many protestors in Hong Kong have been fighting for months to get an answer. In February of 2019, an extradition bill was introduced by the Chinese government in order to attain wanted persons located in Hong Kong. It stated that Hong Kong police would be allowed to detain and transfer people wanted in other countries that had no formal prior extraditions with Hong Kong. The government’s decisions seemed to go against the people’s rights, prompting many to begin protests.  Yet the real question is, was the Chinese government unjust in suppressing those protesters in Hong Kong? The answer: Yes. Their actions were unjust due to the harmful methods used to seize Hong Kong, not to mention the blatant violation of human rights.

In order to further our knowledge about these protests, we must first trace the issue back to the beginning. Hong Kong was a British colony until 1997, when it was returned to China with a contingency plan known as “one country, two systems,” promising Hong Kong a high degree of autonomy to govern separately. The only downside of this contingency plan is that it was made under a mini-constitution called the Basic Law, lasting for 50 years and ending in 2047. Yet China’s ruling communist party currently keeps trying to impose by interfering with the police and the Hong Kong government well before the Basic Law ends.

Meet Katherine, a young woman whose attendance at protests has become a daily ritual. Katherine packs a bag with lots of tissues for when the police use tear gas, first aid in case there is an emergency, and a black shirt, which is uniform for the protesters. As Katherine approaches the protest site, she sees the police standing guard without sympathy towards the protesters. They stand as if they are machines without souls, set to destroy those who cross them. Fear sweeps through the crowd, as protesters try to stay strong and fight for the rights they believe in, for the future they want for their children. Unfortunately, the government has controlled and suppressed the demonstrations for too long, “fir[ing] tear gas and clash[ing] with protesters around the city” (NY Times 2019). It seems as though the government has no value for their citizens’ lives—they continually put citizens in danger.

A controlling government does not fuel positive change. The government exists to serve and protect the citizens with their best interests in mind when it comes to making decisions that impact the country as a whole. The merciless treatment of the Hong Kong protesters merely reveals that more protests are needed in order to create change. Creating order and peace amongst the people will not be possible with a dictatorship. The people need to be heard and respected—only then will there be any change. As part of their oppressive methods, “Police are searching everybody including men, little ones, and young people like us. They’re searching their bags, and if they have any equipment with them … they just arrest them.” (This American Life 2019). These actions are rendering people voiceless and helpless because they are unable to defend themselves.

Frankly, the protesters' persistence to keep fighting despite the hardships they are faced with is quite admirable. Protesters bring umbrellas to repel bullets. Umbrellas are not suitable to be used as protection from heavy rain, let alone bullets. Although for the protesters, the umbrellas are better than no protection at all—so protesters continue to carry them, determined to keep fighting. These protesters are cold and scared, yet they are determined and hopeful. Without their hopes of change and improvement, the protesters would have no motivation to rally for the protests on the streets. They are fighting for independence that is long overdue—“Hong Kong will just become another Chinese city if this bill is passed,” (BBC News 2019). This bill allows criminals to be brought from Hong Kong to mainland China. If the justice system is being shared by the Chinese government, the law enforcement system is bound to come under China’s control too. China has always wanted to control Hong Kong as the more powerful figure, and was prevented only by the Basic Law. Despite the fact that the Basic Law is still in place, the Chinese government is trying to gain control of certain parts of Hong Kong step by step, hoping to completely take over. Allowing wanted persons to be taken from Hong Kong is just the beginning of creating a joint government or justice system.

After clearing the area where the bags are being checked, Katherine has joined the protest once more and is fighting for her rights. Standing there, she is imagining what could happen. The difference she can make. Just like Katherine, you too can fight for your rights. All that you need is your voice and the courage to take a stand.