Meggan Sommerville: a 23-year employee of an Illinois Hobby Lobby who has been forced to endure an eleven-year court case regarding her ability to use the women’s bathroom at work.

Brooke Elliott
and
October 29, 2021
in
LGTBQ+
Courtesy of the Washington Post 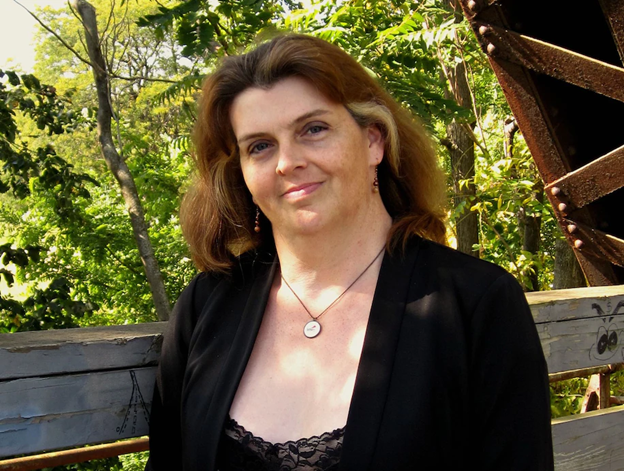 “Sommerville is female, just like the women who are permitted to use the women’s bathroom,” ruled the Illinois Second District Appellate.

Meggan Sommerville: a 23-year employee of an Illinois Hobby Lobby who has been forced to endure an eleven-year court case regarding her ability to use the women’s bathroom at work. Why, you may ask, was a faithful employee of a well-known business denied the basic human right we’ve all known since kindergarten? Meggan is a transgender woman, and since 2010 she has been fruitlessly attempting to use her correctly gendered bathroom. This August, though, in a historic ruling that will set a precedent for the future of transgender discrimination, Hobby Lobby Stores Inc. was convicted of violating the Illinois anti-bias law.

In July 2010, Meggan Sommerville started her transition and informed her employers of her name, her gender, and her intent to use her correct bathroom. Hobby Lobby complied in their written records, but refused Meggan’s bathroom privileges, going so far as to report her if she attempted to enter the woman’s bathroom. This had an extreme effect on her mental and physical health, Somerville reporting recurring nightmares, dehydration, and emotional distress at the dehumanizing situation. What’s more; she developed fibromyalgia, a chronic illness that plagues victims with a frequent need for the bathroom. The overabundance of stress led to Meggan having to plan her life around her bathroom trips, having to walk to different locations in the area to feel safe.

She filed suit in 2013, and despite a state ruling from 2015 in her favor, the company appealed and continued to bar her access to the restrooms until this latest verdict. But what was Hobby Lobby's case? For the past decade, the store has been making the claim that Sommerville could only use the woman’s room if she underwent gender-reaffirming surgery and had her  birth certificate corrected. Until then, she may only use the unisex facilities. These restrictions, Hobby Lobby argues, were to protect women.

These claims, though, were in direct violation with the Human Rights Act, and the appellate court justices unanimously agreed. They outlined Hobby Lobby’s violations, saying that the store only barred Meggan from the woman’s bathroom because she was a transgender woman, whom they saw as different than other women. With that said, then the option of the unisex bathroom is irrelevant to the case in that Meggan’s civil rights were breached. And finally, the argument of Hobby Lobby that they had the safety of other women in mind, is simply untrue. The idea that a transgender person poses a heightened threat to any cis-gendered person in a restroom in a discriminatory myth.

The courts also awarded Meggan her $220,000 from the Human Rights Commission that Hobby Lobby was refusing to pay.

And so- what does this case mean to the future of transgender intolerance? Well, this is a landmark ruling, meaning that this is a legal issue that has never before been brought to court in this jurisdiction. The Human Rights Act, since its introduction in 1998, has never been tested  in such a way- in the state or in the country- and this ruling will now be applied statewide. This  means that any transgender individual is now legally entitled to their gender affirming bathroom. It’s a basic human right, but it is also a huge step in the ever present fight for transgender equality.

And so, what’s in store for Meggan Sommerville after this long, valiant battle? Back to work, it seems, where she’s a prominent manager of the Hobby Lobby custom framing department. She has a loyal clientele, and a knack for home decorating, to get back to. She also now carried a paper copy of the court ruling, just in case she’s ever barred from the ladies’ room again. Meggan Sommerville is an inspiration to not only the transgender community, but also to  humanity as a whole. She put her life on hold, and her job on the line, to bring about necessary change- and that’s the type of courage and strength we should all strive for.

The Life and Legacy of Desmond Tutu