An extension of Title VII outlaws workplace discrimination for sexual orientation and gender identity, paving the way for a new age of equality. 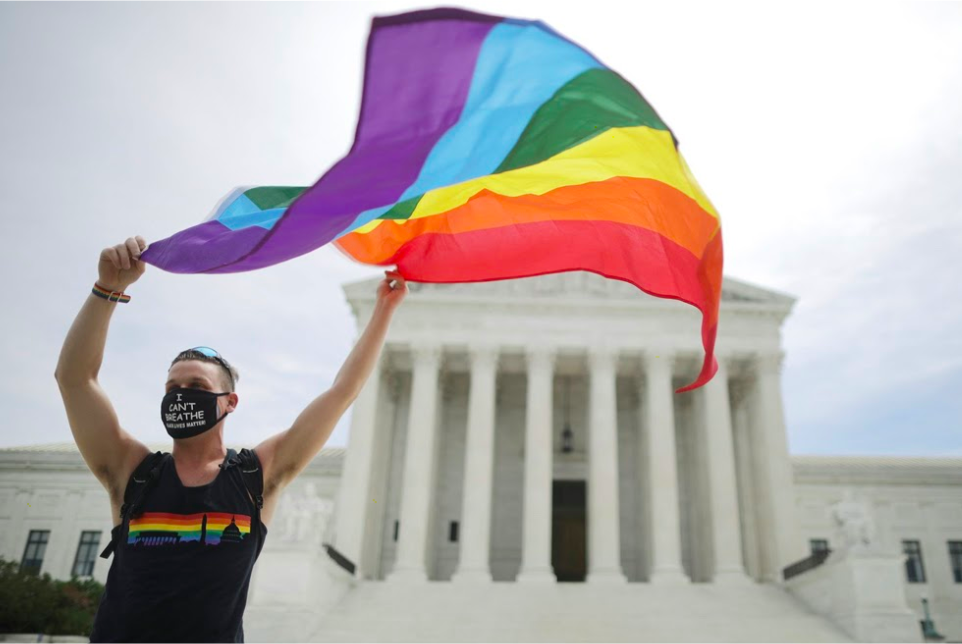 Up until last Monday, it was perfectly legal in half of the country to fire someone based on their gender identity or sexual orientation. But finally, after decades of fighting for equal treatment and their inherent human rights, the LGBTQ+ community saw a monumental victory in a recent Supreme Court ruling.

In a 6-3 vote, the Supreme Court ruled that a landmark civil rights and labor law now extends to officially protect gay, lesbian, and transgender workers across the nation. The extension is based on Title VII of the Civil Rights Act of 1964, which forbids any workplace discrimination based on “race, color, religion, sex, or national origin.” According to the ruling, if an employer were to fire someone because of their sexual orientation or gender identity, they would be firing them for reasons associated with their sex. Thus, if an employer participates in anti-LGBTQ discrimination, they are discriminating on the basis of sex and subsequently violating the law under Title VII.

As the first major stride for the movement we’ve seen in a while, it leads us to question how long it took to establish these rights in the first place. In a seemingly progressive era, how is it that an essential law outlawing workplace discrimination took so long to apply to sexual orientation and gender identity?

The answer lies in this clear fact: since the establishment of America, members of the LGBTQ+ community have faced discrimination in all aspects of society while continuously being denied necessary protection under the law. Despite legal gains for the community over the past decade, the Human Rights Campaign (HRC) found that LGBTQ+ individuals continue to feel pressured to stay closeted or silenced in their jobs. According to an HRC study, the main reasons for remaining closeted at work are due to the fear of being stereotyped or losing connections with their co-workers.

Despite this, the verdict remains an undeniably impactful step toward LGBTQ+ equality, especially considering it was established in the age of Trump. In nearly the past four years of presidency, the Trump administration has retracted transgender rights, making it seem as if we are going back in time rather than progressing. Most recently, he finalized a rule that allows healthcare providers to refuse transition-related care for transgender people, effectively reversing Obama-era medical protections. However, as the administration continues to pressure for the enactment of these laws, it becomes increasingly clear that politics nor religion are excuses for pushing an agenda that actively silences and endangers members of the LGBTQ+ community.

While the Civil Rights Act’s extension remains a crucial victory for LGBTQ+ equality, it also sparked an immense backlash from conservative Christian groups. Such backlash led to the possibility of a gray area within the ruling as it opens doors for new legal battles based on religious exemptions to the laws, making it possible to affect protection during employment cases.

Despite these pushbacks, the ruling established a massive defeat against the president’s administration, which argued that discrimination based on sex does not apply to gender identity or sexual orientation. Because of this, it seems to pave the opportunity toward safer and more accepting workplace environments for LGBTQ+ individuals.

The verdict is a long overdue yet historic win for the freedom and comfortability of the entire nation as it grants the essential protections of LGBTQ+ individuals in every state. At last, it urges people to consider rights over hatred while encouraging an increasingly welcoming environment for workers across the nation. It is a step in the right direction during a period of adversity and pushes the movement closer to full protection under the law. Ultimately, the ruling is a momentous victory for LGBTQ+ as it provides a greater sense of humanity towards the community and institutes a necessary system of workplace security moving forward.

Although the fight for equality is far from over, the verdict sheds a glimmer of hope in moving towards a more accepting nation.