Thousands of farmers from across the nation, angered over several controversial agricultural reforms, surged past police barricades by the capital and forcefully overran the historic Red Fort in a symbolic fashion 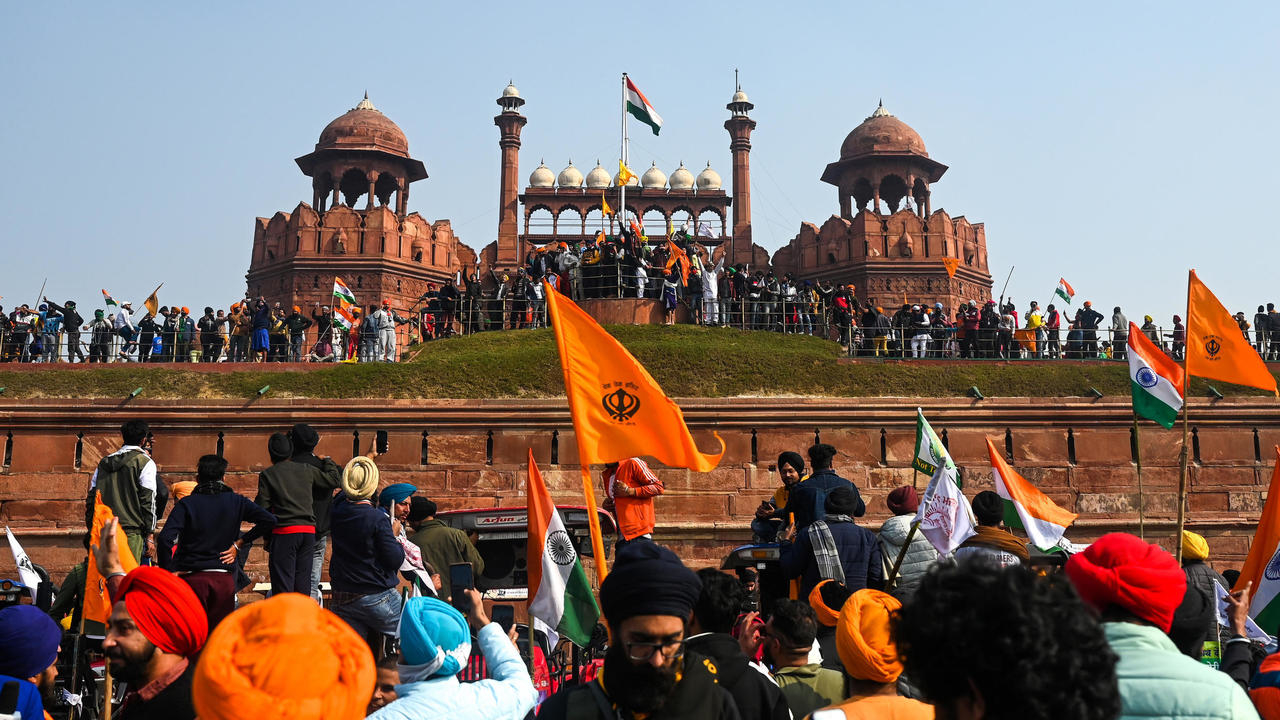 On January 26th, India’s Republic Day, celebrating the 71st anniversary of the nation’s Constitution, was marked by an event starkly contrasting with traditional celebrations. Thousands of farmers from across the nation, angered over several controversial agricultural reforms, surged past police barricades by the capital and forcefully overran the historic Red Fort in a symbolic fashion.

Built in the 17th century as a palace for Mughal Emperors, the Fort has been a landmark in India through many generations- though relatively young in the country’s long history. On the 26th, farmers climbed high atop its masts and flagpoles to display cultural and religious flags as a prominent show of defiance against the federal government, which has not yet made any permanent changes to the reforms even following this incident, only causing further agitation among farmers.

The government had previously offered to suspend the reforms’ implementations for eighteen months, and to amend the law. However, after nine months of talks between the government and the country’s farmers’ unions, protests have not ceased, and the aforementioned offer has been firmly rejected.

Ambar Kumar Ghosh, an analyst from the think tank Observer Research Foundation,  stated that the farmers, despite their conflicts with the government, continue to have a very strong influence, indicating that the struggle between the two clashing parties is not to cease any time soon.

The tensions between both sides have been demonstrated in the collisions between farmers and authorities deployed to cease the unrest. Officers in riot gear had deployed tear gas, utilized water cannons, and built barricades; but to little avail. Trucks and buses placed to block the way were traversed, and police barricades were knocked aside by farmers’ tractors.

According to Vishua Aora, a witness at the scene, one protestor died when his tractor rolled over trying to crush a block. Other protestors, however, allege that his death was at the hands of authorities. Conflicting accounts of many such situations came in plethoric numbers, and tensions continue to run high. As Manjeet Singh, a protesting farmer, proclaimed, “We will do as we want to. You cannot force your laws on the poor.”

His declaration was echoed by another farmer in the northern state of Punjab, who said incumbent Prime Minister Narendra Modi would hear them, and that he had to. These sentiments come amidst the deepening of a severe economic gap throughout the nation, further fueling the fire.

Indeed, the proposed reforms would affect more than 50% of the country’s billion-strong population, who work in the agricultural industry, with its proportion amongst national GDP dropping from 33% to 15% of the country’s $2.9 billion economy in recent years. Farmers have not fared well in the face of this crisis, with approximately half of India’s farmers in debt, and individual farmers bearing the majority of the population’s poverty.

Many of India’s farmers, who were not too long ago perceived as the “heart and soul” of the country, were outraged by the new reforms, which many fear will effectively doom the millions of poorer farmers of India by shifting economic leverage to large corporate entities. Satpal Singh, another farmer who drove into the capital with his family, stated, “We want to show Modi our strength.” His statement represents the will of most farmers who arrived at the Red Fort on Republic Day, many of whom had held out for nearly two months besieging the complex.

In response to the recent events, Modi announced on Monday that “andolan jarevi”- a coined term for ‘professional protestors’- were to be lambasted, and decried the so-called FDI (Foreign Destructive Ideology), blaming foreign commentators and critics online. Modi maintains that “it is unfortunate that Netajis’s ideals have been forgotten and today we have started cursing ourselves. We like to hear that India is the world’s largest democracy; we did not teach our youth that India is the mother of all democracies,” referring to the many ancient democracies presumed to have existed in India thousands of years ago.

His speech ended with an old adage-

‍“We should say this with pride; our ancestors gave us this privilege. India's soul is democratic”.