Tanishka Shah
and
September 18, 2020
in
Health
Courtesy of the American Library Association 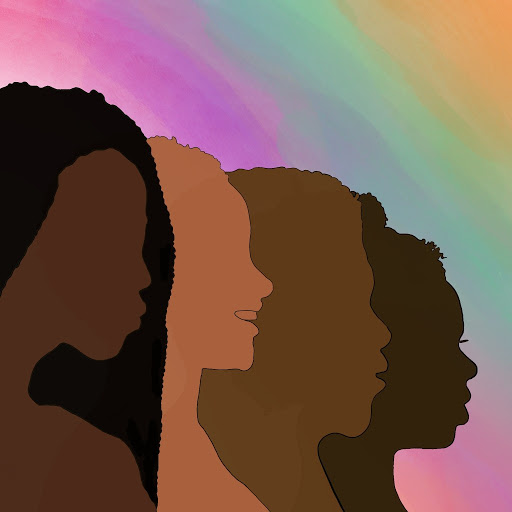 As humans, our thinking and mindset is highly influenced by how or what others say about us. The way people refer to us impacts our identity in society. This is the reason why language has a great influence on our mental health. Most of the time, how people know us defines how we know ourselves; especially in modern society where individuals are categorized based on various factors such as race, gender, sexual orientation, or class.

Taking human psychology and societal trends into consideration, the word BIPOC - “Black, Indigenous, and People of Color” - was introduced by the Mental Health Association (MHA). It was created as an alternative to referring to communities of color as “marginalized or minority,”. Such words portray people of color as less important or inferior than their white counterparts, which opposes the primary goal of the MHA: empowering and treating all individuals equally.

Instead, by using BIPOC, we honor the unique experiences of Black and Indigenous individuals and their communities by giving them the respect and standing in the society that they deserve. This is an important systemic change that has helped increase access to culturally competent care so that no individual feels left out or isolated.

With the increase in police brutality against Black people and the murder of George Floyd, psychotherapists have seen a significant increase in cases of anxiety, anger, exhaustion, and feeling of powerlessness amongst the BIPOC community. Even though people around the world have come forward against racial discrimination during the Black Lives Matter movement, the mental peace and health amongst Blacks have been severely disturbed. Continued exposure of micro-aggression and subtle trauma, whether direct or indirect, has caused “racial trauma” - leading to depression, hyper-vigilance, chronic stress and fatigue, and other post-traumatic stress disorder symptoms in the BIPOC community.

Racial trauma, or race-based traumatic stress (RBTS), refers to the mental and emotional injury caused by experiences of racial bias and ethnic discrimination, racism, and hate crimes. Unlike PTSD, RBTS is not considered a mental health disorder, instead, it’s a mental injury that can occur as a result of living within a racist system.

To understand the psychological trauma faced by BIPOC, it is necessary to acknowledge two things. First, the unconscious biases that everyone holds that stimulate and propel certain attitudes against their community and second, the impact of systemic racism.

In the U.S., the BIPOC community is most vulnerable to trauma due to living under a system of white supremacy. As a matter of fact, even though Black people make up 12% of the country’s population, they make up around 33% of the total prison population. This overrepresentation reflects racist arrests and discriminatory sentencing practices in the criminal justice system.

Black people are also constantly reminded of having a higher risk of dying from COVID-19 because of health inequalities, or that Black women have a higher chance of dying during childbirth is evident of systemic racism and only adds on to the constant stream of negative messages and images associated with being Black.

All this negativity added with racist experiences at various stages of life leads to deterioration of mental health. As a community of responsible and civilized beings, we must work together to make the BIPOC amongst us feel at peace. At the least, we should spend our time listening to and trying to understand the problems they are facing. This is where the journey of healing begins, which includes spreading positivity, making each individual feel proud of who they are, helping them explore the complete picture—bad as well as good—and supporting them as much as we possibly can.