Here's Why Undocumented Immigrants Should Be Included in the U.S. Census

Next month, the Supreme Court will decide whether immigrants without legal status should be taken into consideration in the 2020 U.S. Census

Danna Viruel
and
November 10, 2020
in
Immigration
Courtesy of Politico 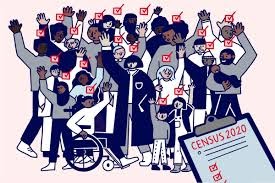 The U.S. Census has been used for over a century to accurately calculate the population of a county within a state. The population density of a state positively correlates with the number of representatives that each state has in the House of Representatives. The question here is: should the U.S. include undocumented immigrants in this census?

The Supreme Court is going to trial next month to hear arguments from both sides of the political aisle. This trial is extremely important-the census determines federal funding, representation in Congress, and the location of newly constructed government buildings. Many undocumented immigrant students who rely on public education are impacted by the census. The history of undocumented immigrants on the census has spanned several years. In the past, they have always been included-it wasn’t until recently that the Trump Administration brought up the possibility excluding them.

These immigrants, regardless of citizenship status, should be included in the census. Some of them may have lived here for nearly their entire lives and feel at home here. They are people too, and the census is supposed to count everyone who lives in the United States.

Historically speaking, minority groups have had quite the struggle to be represented and given a say in this country. In the mid-1800s, free Black slaves and other minority groups weren’t given suffrage rights and considered to be 3/5th of a white person. This historical reminder of the struggle for representation for people of color further illustrates why we should count them. Our country as a whole simply cannot go backwards on this issue as minorities have worked far too hard to be represented in the first place.

The undocumented immigrant students in the United States should be counted along with their families if it means the state funding will increase. This funding will go directly to support education as well as programs that benefit these communities. Most undocumented workers come from low-income families, meaning that they are more likely to depend on these public programs issued by the government. These programs give them increased access to housing, transportation, health facilities, and food aid.

There are definitely negative effects to not including them. Not only will this exclusion reduce funding, but it will also make a difference in how many representatives each state gets. Why is this important, you may ask? Well, public education, in general, deserves more funding and by including these families, it will receive that funding. This funding is necessary—teachers’ salaries are not what you’d expect them to be. Many educators themselves have had to use their own hard-earned money on supplies for their classrooms. If these immigrants are not counted, public education will not receive the funding it truly deserves. Additionally, this could cut how many representatives of Congress each state gets. Depending on what issues you care most about, it will greatly impact how these issues are addressed. Estimates show that the number of undocumented immigrants ranges from 10.5 million to 12 million- 3.6% of the population. This goes to show if we exclude them from the Census, a huge chunk of our population will not be represented fairly. This will cut their rightfully deserved funding. Many who oppose immigration also advocate for increased access to education for all. These immigrants deserve an education and the federal programs that provide necessities they depend on. Coming here with nothing but the shirts on their backs, little money, and a bare comprehension of the English language makes the transition an adjustment. We should make them feel welcomed and provide the resources they need such as housing, transportation, healthcare, and food. If undocumented immigrants are included, our representatives will be able to truly represent the interest of all constituents.

Immigrants deserve representation regardless of status. Their voices need to be heard and shown in the media. Including undocumented immigrants in the census will not only benefit our country as a whole, but also our economy. From  the older times when people of color nor women were allowed to vote, the United States has come a long way. We must continue to advance by allowing undocumented immigrants be counted as they are people too, and it’s not the time to be moving backwards in history. Together as a country, we can make undocumented immigrants feel like they have a place to come to when and if they need help.