Here's Why LGBTQ+ Rights May Be at Risk in the U.S.

Elizabeth Jones
and
October 25, 2020
in
LGTBQ+
Courtesy of Saul Loeb via Getty Images 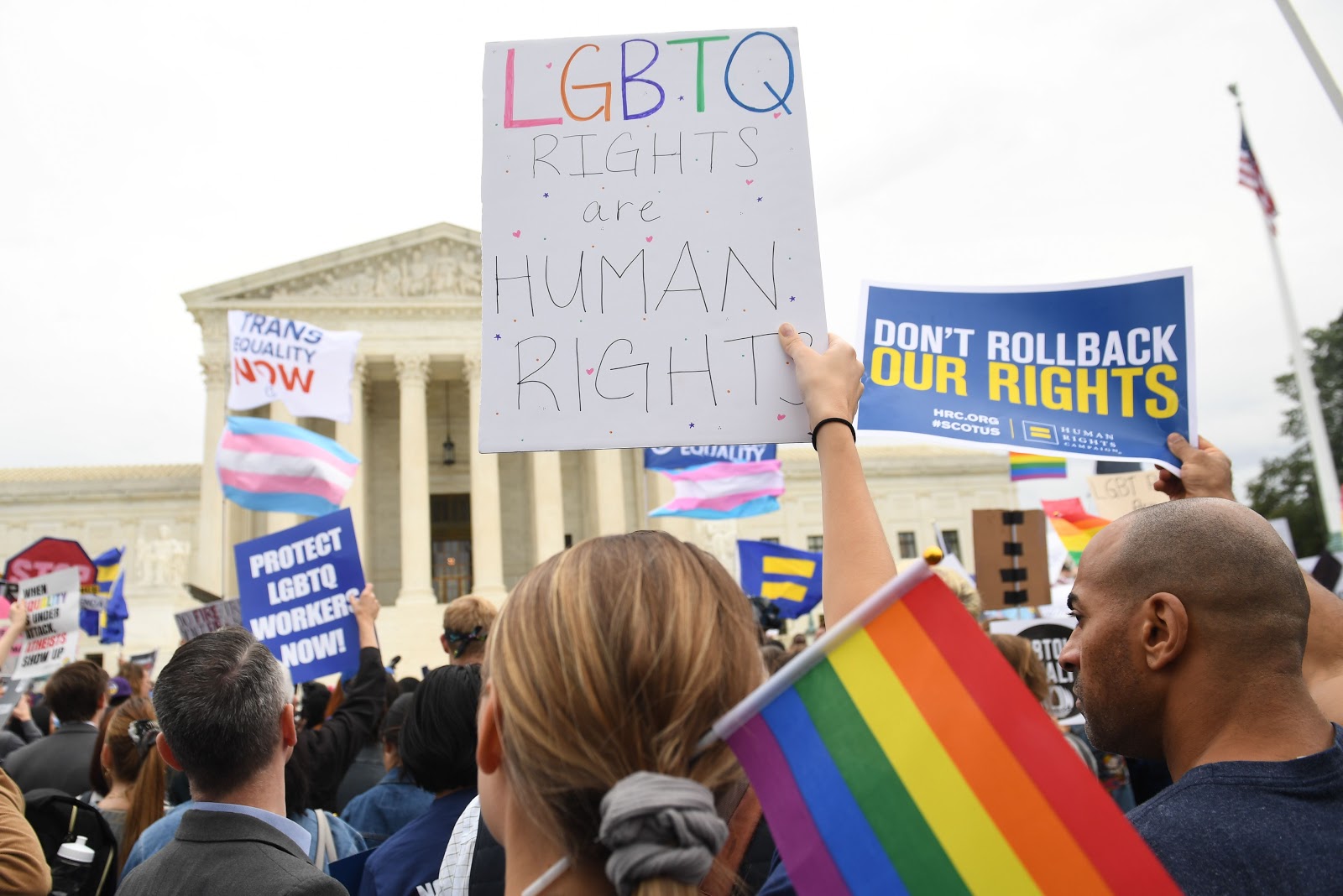 In 2015, the U.S. Supreme Court ruled it illegal to deny marriage equality to same-sex couples in the Obergefell v. Hodges case and now, just five years later, this could be reversed. Following the death of Justice Ruth Bader Ginsburg, Justice Thomas and Justice Alito spoke out against this decision. Thomas has stated that the ruling needs to be revisited because it is an infringement on religious liberties, and Alito openly agreed. Thomas believes that it, “enables courts and governments to brand religious adherents who believe that marriage is between one man and one woman as bigots.”

Two of the justices who supported the 2015 decision for marriage equality, the late Justice Ginsburg and retired Justice Anthony Kennedy, no longer serve on the High Court, which leaves only three of the justices from the original 5-4 majority left serving. The Court is predominantly conservative, and Trump’s nominee to fill Ginsburg’s seat, Judge Amy Coney Barrett, would secure a 6-3 conservative majority. Barrett has spoken very little about her legal stance on LGBTQ+ issues: however, in her personal life, she signed a letter to Catholic bishops that suggested marriage is only to be a commitment between a man and a woman. It is unclear how she would vote if Obergefell v. Hodges were to be revisited, though her writing on the Supreme Court having the role to reexamine past rulings worries some LGBTQ+ activists. On October 13, at her Senate Confirmation Hearing, Barrett dodged a question about what she thinks of the Obergefell v. Hodges case. “I have no agenda, and I do want to be clear that I have never discriminated on the basis of sexual preference and would not ever discriminate on the basis of sexual preference,” she said. Many were quick to point out that most members of the LGBTQ+ community find the term “sexual preference” offensive because it implies that sexuality is a choice; the proper terminology is “sexual orientation.”

On October 22, Republicans on the Judiciary Committee voted to advance her nomination; Democrat committee members boycotted this vote. The Senate will debate and then, later this week, vote. They are likely to confirm Barrett to the Court.

Next month, the Court is scheduled to hear the case Fulton v. the City of Philadelphia. This case involves a Catholic organization that is trying to sue Philadelphia for refusing to allow them to continue housing foster care children because of the organization’s discrimination towards same-sex couples. The ruling in this case could drastically change how same-sex couples foster and adopt children, making it exceptionally more difficult if the conservative majority rules in favor of the Catholic organization. Justices like Thomas and Alito, who believe that even marriage equality hurts religious freedom, are likely to vote against the LGBTQ+ community; with Barrett on their side (assuming she makes it to the Court), this will be even easier for them.

Marriage equality is at risk of being overruled. However, this would be very controversial and likely receive a lot of backlash which will probably influence the Court to keep the original 2015 ruling. Even if this is not repealed, the Supreme Court could still make it harder for same-sex couples to obtain marriage licenses, be named as parents on their child’s birth certificate, and adopt and foster children. The rights of the LGBTQ+ community are at risk and, to quote CNN’s Timothy Holbrook, “I’m more than a little worried.”