In an age of media reliance, unrealistic portrayals of mental illness bear their heaviest impacts on the shoulders of impressionable youth

Isabelle Nunes
and
January 29, 2021
in
Health
Courtesy of Eddy Chen via HBO 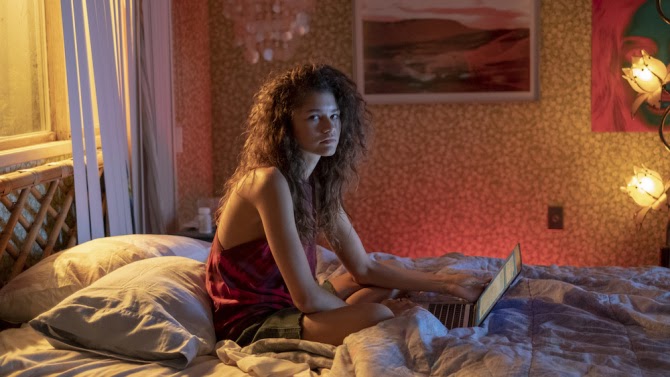 In an age of media reliance, unrealistic portrayals of mental illness bear their heaviest impacts on the shoulders of impressionable youth.

As the film industry increasingly begins to feature mental illnesses to mass consumers, it tends to graze over characters' emotional realities as they struggle through their health. Resulting inaccurate portrayals ultimately plant false ideals circulating mental health and downplay the damages they enforce.

In HBO's “Euphoria,” the graphic and somewhat brutal depiction of mental illness displayed throughout the show leaves no room for glorification. Protagonist Rue Bennet suffers from a wide range of mental illnesses, from anxiety to potential bipolar disorder (BPD). In an attempt to find comfort in a temporary fix, she turns to drugs, which quickly leads her down the path of addiction and eventual rehab. Ultimately, the pain she intends to mend is only heightened in her struggle with drug misuse.

Her highs are fleeting, making them an all more addictive and dangerous method of relief. In the series, her addiction is not romanticized but instead provides viewers with a realistic look into the impacts it has on developing young adults.

Rue's symptoms reek through every moment she is on screen. From her desperate cries for drugs to her debilitating depression, her unyielding pain and emptiness continue from scene to scene.

The depictions of mental illness seen in this show are like no other seen in television history; they ultimately demonstrate the painful realities born on those who suffer from health issues. There is no glorification and no desperate attempts to cover fabrications for the sake of keeping ratings up. Instead, the show offers a glimpse into what millions of teenagers suffer from daily.

In the end, it provides an opportunity for a more intimate viewer connection while forming an environment that makes people's battles feel a little less lonely. The friends and family that discourage Rue's behaviors also suggest that her struggles impact those around her, which is vital to see for many viewers fighting through similar battles.

Unfortunately, “Euphoria's” depiction of addiction and mental health is an exception, not the rule. In many instances, shows like “13 Reasons Why” send a dangerous message to their vulnerable viewers. In this particular series, high schooler Hannah Baker commits suicide, leaving behind a box of tapes depicting the reasons and people responsible for it. The cassettes' explicit content of the means behind her suicide quickly became harmful to the show’s young viewers.

The plot soon developed into something resembling a sick game, encouraging those watching to go down her same path. After watching the particularly graphic scene depicting Hannah's suicide, two teenage girls were inspired to do the same. Ultimately, the show exposes its mass audience to detailed and triggering content, posing as a risk factor for those who may suffer from mental illnesses.

However, the misrepresentation in the media extends far beyond just one series, however harmful it may be. Recent research suggests that pop culture tends to perpetuate the idea that those with mental illnesses are violent, look different than others, or are overly dramatic. These ideals are highly misleading and may result in dangerous, lasting impacts on their viewers.

Despite the frequently negative repercussions, highlighting mental illness in television is not a bad thing; in fact, it has the potential to provide a sense of comfort to those struggling with similar issues. The problem arises when it perpetuates harmful stereotypes and stigmas throughout the media while feeding stigmas into the minds of their viewers.

The mass media is already the most highly/functioning source of mental illness information, so they must get it right. In the end, being conscious of deceiving realities fabricated by the industry is the first step in being conscious about misrepresentation of mental disorders.