Tanusha Paine
and
February 26, 2021
in
World
Courtesy of Vox 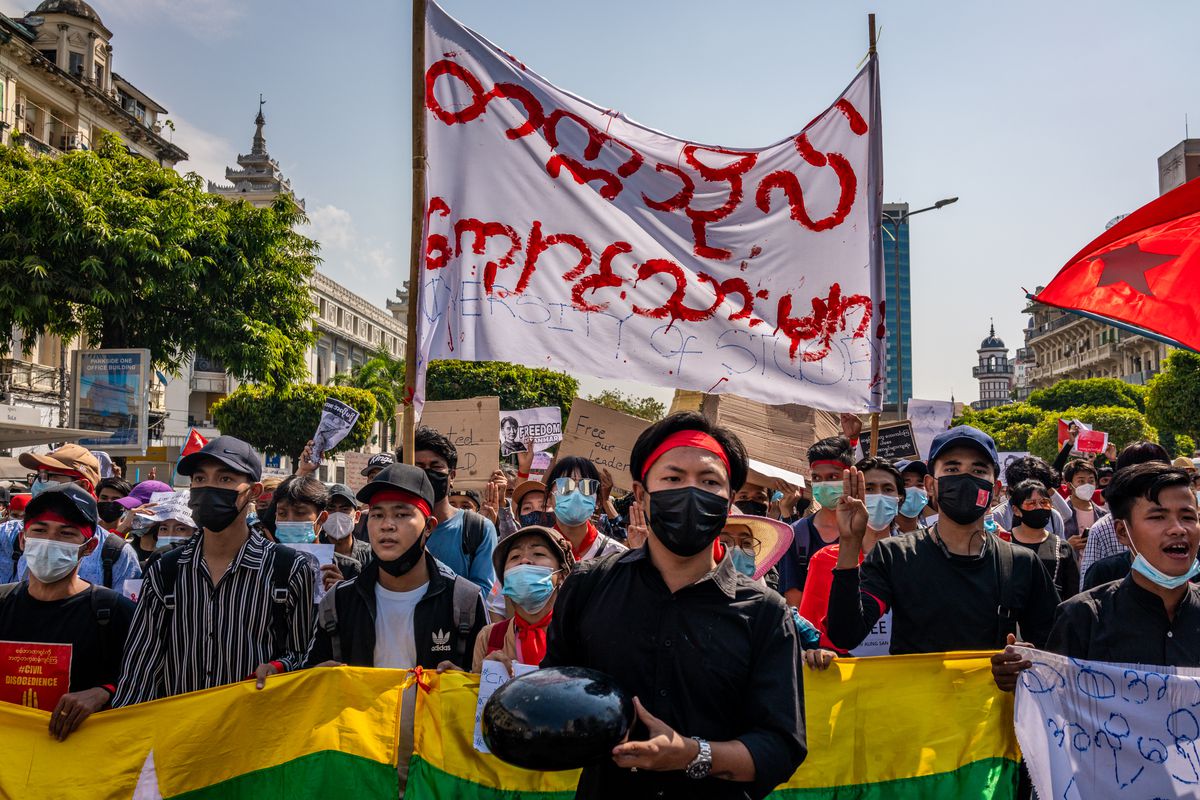 Myanmar has a long history of military rule and coup d'etats, that spanned from 1962 to 2011. During the late years of the rule however, people started showing their agitation towards the autocracy of the military. Thus began the National League of Democracy (NLD) led by Nobel Peace Prize Winner Aung San Suu Kyi. The citizens of the nation leaned towards democratic policies and elected Suu Kyi as the State Counsellor of Myanmar in 2015, effectively crediting her as the de facto head of the state.

On February 1, the country's armed forces seized full control of the government after arresting the leader Aung San Suu Kyi and other important members of the NLD. With their 'Plan A' being successful, they announced that such would be the case of the country for one year. Through these 12 months, the affairs of the country would be handled by Senior General. Min Aung Hlaing.

The country's military takeover has not been reacted to by any large protests. However, supporters of the NLD have taken proper measures to show their disapproval in this series of events. On February 3, doctors and medical staff of multiple hospitals walked away from all non-emergency works and decorated their workplaces with red ribbons, a sign of rebellion against the military control. Some of them even posted pictures on social media wearing red ribbons and raising a three-finger salute, that had originated in the country's neighbour, Thailand.

People of Myanmar were suffering from the military rule before, and will continue to do so if this rule continues. Even more worrisome, as history suggests, this coup will indeed be a hard blow to the ethnic minorities of the country, especially the Rohingya ethnicity of Myanmar's Rakhine State.

Throughout the years, this Muslim minority group has been persecuted by the orthodox Buddhist of Myanmar. They were deprived of basic human rights and marginalized by the military government. Even after Suu Kyi and her democratic party came to power, the armed forces of the military in 2017, known as the Tatmadaw took a brutal, 'genocidal' step to eliminate these people, burning villages and committing mass murder. After this, more than 750,000 Rohingyas fled to Bangladesh and have since found their place in the world's largest refugee camp: Kutupalong Refugee Camp in Cox's Bazar, Bangladesh. Other targets of this military aggressions were the minorities of the Kachin and Shane districts of Myanmar.

These ethnic minorities can already foresee what's waiting for them if the military rule consolidates in Myanmar. All the people belonging to this group are raising their voices against this from both Burma and Bangladesh. Various human rights activists from other parts of the world have protested as well.

With all the protest and military decisions, the future of Myanmar as well as that of minorities remains unclear. Will the coup have a long lasting effect, or will democracy come back into the center stage? Although the answers to these questions are shrouded in mist, people still like to believe that everything will return to normality. Until then, it's up to us to make sure that we raise awareness of the situation in Myanmar and do our part to provide support to the most vulnerable.

The Life and Legacy of Jesse Owens