The University of California's 'test-optional' policy, which allows students to choose whether or not to include standardized testing scores in their application, gives privileged students an unfair advantage 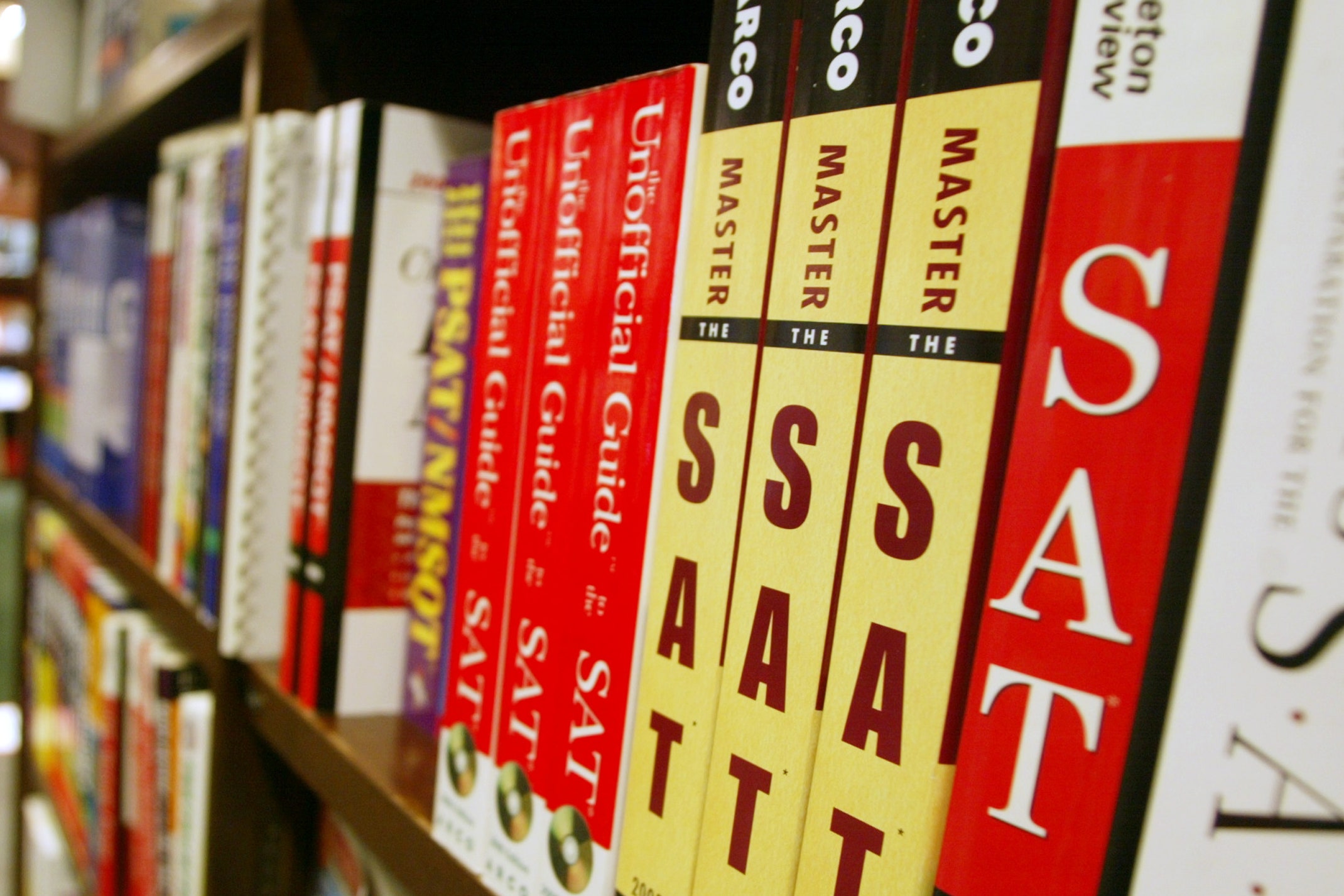 As summer comes to an end, students throughout America are going back to school. However, for the high school class of 2021, this marks the beginning of the lengthy college application process.

Recent news regarding the UC system plays a significant role in national debate surrounding the usage of standardized tests in the college admissions’ processes. The UC System is the University of California composed of 9 campuses, including UC Berkeley, UC Davis, UC Irvine, UCLA, UC Merced, UC Riverside, UC San Diego, UC San Francisco, UC Santa Barbara and UC Santa Cruz. Every year, thousands of hopeful applicants apply to these schools by recording all courses and grades, writing essays, and submitting SAT and ACT test scores (if taken) to the board. In early May of this year, the Alameda County Supreme Court claimed the UC system had to stop using SAT and ACT scores in the admissions process. This decision follows  a lawsuit filed by 5 students and 6 organizations concluding that the UC college’s “optional test policy” would give privileged students an unfair advantage in admissions. Under the preliminary injunction currently in place, SAT and ACT test scores cannot be used for rising seniors and anyone currently in the application process.

At its meeting in May, the UC Board of Regents aimed to get rid of using standardized tests entirely by 2025. Many UC campuses, including UC Berkeley, have already stopped using test scores, while other campuses plan to implement the “test-optional policy,” allowing students to choose whether or not to include their test scores in their applications. Even with the choice, the additional information a student’s test score displays to an admissions officer helps them gain more insight into the student’s abilities that students who cannot afford standardized testing do not have. There has never truly been a level playing field for all applicants, but this ruling has only widened the gap.

While an inequality in admissions is a good harbor for change, we must analyze the impact and influence this decision will have on other colleges in the country, especially under current circumstances. A series of unfortunate news has been arriving for low income students such as a closed campus, slashed financial aid budgets, and large cuts in state funding for public colleges and universities (all of the UC colleges are public). In addition to these, many low-income college students see standardized tests as a barrier in their collegiate dreams because of expense. For example, in the 2019-2020 school year, every student would have to pay $49.50 to take the SAT and an additional $15, making the total $64.50 for the SAT with an essay section. Additionally, students usually take the exam two to three times, maybe even more, to achieve a score they are satisfied with. After three attempts at the SAT, the total would be $148.50, or $193.50 with the essay section. This does not include additional fees for late registration and cancellation. Furthermore, the ACT costs $46 and with the essay, $62.50 plus an extra $29.50 for late registration. Students tend to take this exam a couple times as well. While these amounts may not seem as expensive for a financially stable family, for those working on minimum wage, it takes a long time to earn sufficient money and many simply cannot spend their earnings on these tests. As a result of these realizations, test scores are being eliminated as entrance requirements in the spring of 2021.

In order to better understand how this decision came to be, it would be helpful to look at a timeline of when this discussion began. In mid May, the UCs and other colleges decided to go “test-optional” for the upcoming application process in the fall since the future situation was unpredictable. At the time, the “test-optional” decision was presented as either temporary given the situation or a pilot project for a better measure of knowledge in the future. However, a week prior to the “test-optional” decision, Janet Napolitano, the president of the University of California, recommended a new plan regarding standardized tests in the coming years. Napolitano recommended that the entire UC system go “test-optional” for the next 2021 and 2022 admission cycles. During the next two years, she suggested that the UCs would not only be “test-optional” but “test-blind” in 2023 and 2024, where they wouldn’t consider SAT or ACT scores in admissions decisions. With this new proposal, a substitution for the absence of these tests had to be considered to ensure that students had the necessary preparation and knowledge to attend said universities. In response to this need, the university administration stated that they would spend these 4 years trying to come up with their own better and more fair standardized admissions test. If they failed, UC wouldn’t go back to using SAT and ACT scores, they would eliminate the consideration of standardized tests in admissions for UCs forever.

This sudden proposal to completely alter the application process requirements in the UCs came as a shock to many, especially considering the influence this institution has. The most surprising factor was that Napolitano’s proposal came less than a month after the faculty senate unanimously agreed to support the use of standardized tests for another nine years. If the Regents agree with Napolitano, it will be a crucial turning point in the national debate. The main question throughout the country is: “Do standardized tests help smart, underprivileged college applicants? Or do they hurt them?” Supporters of the use of standardized tests argue that they are the least unfair measure in a massively inequitable system. They are not incorrect when suggesting that the system is unfair from beginning to end, where rich kids reap advantages over low income students through extracurriculars like summer camps, college essay help, sports teams, and more.

However, data shows that standardized testing doesn’t level the playing field; it skews it. One statistic many people can agree on is that a student’s high school GPA is the best predictor of college success. This measurement displays a combination of talent, dedication, and diligence - all characteristics needed to succeed. Additionally, standardized test scores have a history of being linked to financial status while GPAs don't. For example, Saul Geiser, a researcher at Berkeley, found that in UC applicants, correlation between family income and SAT scores is three times as strong as the correlation between family income and high school GPAs. A similar pattern can be found when linking applicants by race, “When Mr. Geiser used high school G.P.A. to identify the top 10 percent of Californians applying for admission to the U.C. system, 23 percent of the pool was black or Latino. When he used SAT scores to identify the top 10 percent, 5 percent was black or Latino.” As evident, GPAs are the most conflict-free way to assess baseline knowledge of high school students without fear of any financial or race-related hardships as obstacles.

Overall, the students who are most likely to benefit from a university’s decision to eliminate the use of SAT or ACT scores are those who have high GPAs in high school but low test scores. They are most likely hard working and dedicated students who simply cannot afford to study for these tests. They are be considered to be “the strivers.” Recently, researchers with the College Board concluded that students with high test scores and low high school GPAs are considered to be “the slackers” who are good test takers that didn’t contribute effort in high school.

From College Board’s analytics, two discoveries were made. There were big demographic differences, slackers were more likely to be white, male and wealthy while strivers were probably female, Black, Latina or part of the working and poor classes. Another discovery was that students considered to be strivers performed better in college despite their financial disadvantages as they had slightly better freshman grades and retention rates than the slackers. Oftentimes, we believe that standardized tests are an efficient tool that can aide selective colleges in finding brilliant students from low-performing schools; although it does happen, it’s rare. The reality is that most ambitious low-income students don’t have this experience and instead,  construct a wall separating them from great universities, a wall that wealthy kids seem to be on the other side of. If the board of regents agrees with Napolitano, it even the playing field, not in the slightest bit, but it will be a start. In all, the UC system has made shocking proposals and hopefully, with these new changes, the education system in America will be one step closer to offering all students equal opportunities for success.