Here's How the U.S. Ties Into Lebanon's Struggle

The U.S. has a long history of assisting or intervening in Lebanon in times of need, starting in 1958 with Operation Blue Bat, a military intervention into the country to support a pro-Western government. 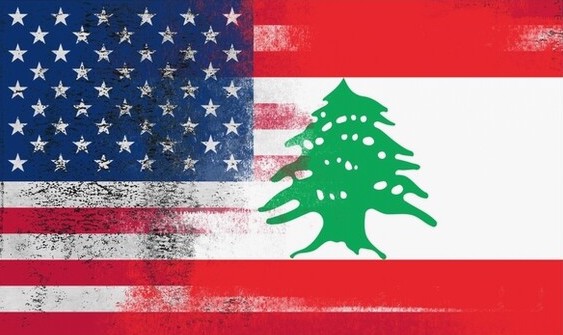 The port explosion that devastated Beirut is just one of the many crises to hit Lebanon this year. Since the new prime minister, Hassan Diab, took office in January, a banking crisis has erupted and the middle-class is being driven into poverty. Thus, the Beirut explosion comes at a time when the Lebanese people are especially vulnerable. After the explosion, the United States decided to send three C-17 aircraft shipments of relief aid, including food and medical supplies.

The U.S. has a long history of assisting or intervening in Lebanon in times of need, starting in 1958 with Operation Blue Bat, a military intervention into the country to support a pro-Western government. Even before this though, the country had been in a state of political turmoil since its independence in 1943. The Civil War from 1975-1990 was followed by many years of instability. Syria continues to influence Lebanon’s foreign policy, and Syrian military forces occupied Lebanon from 1976 until 2005. The Hezbollah militia and Israel continued to attack each other after Syria’s withdrawal, and the two groups fought a brief war in 2006. The marine border along the Mediterranean Sea has yet to be resolved.

According to an anonymous Lebanese citizen currently living in the U.S., many Lebanese view the United States through two different lenses: culture and politics. American culture is very popular in Lebanon, with many admiring American brands and schools . On the other hand, many in Lebanon and other Middle Eastern countries dislike American foreign policy. Sanctions imposed on Lebanese banks make it very difficult to gain access to basic supplies without American money.

For many years now, the U.S. has been sending aid to Lebanon, including military and humanitarian assistance. This aid is limited to basic equipment, which is nothing that the Lebanese military could actually use to defend themselves. Thus, the aid is largely superficial and is instead used as means of establishing political influence.

Israel and Lebanon have a long history of conflict that has yet to be resolved. Israel has been one of the top recipients of United States foriegn aid since the 1970s. At the moment, Israel is receiving about $3 billion US assistance every year through Foreign Military Financing. Seventy-four percent of this money must be spent on U.S. defense equipment, services, and training. This means that United States aid to Israel is sometimes seen as a way to fund American industries. Lebanese and Israeli have had continued conflict over the past few years, with the United States supplying Israel with weapons and other supplies and only giving Lebanon basic equipment.

Since October 17, 2019, Lebanon has seen anti-government protesters expressing anger against the entire political establishment. Protests are against the corrupt system and people in power, blaming the government for the current economic crisis. “Instead of heeding the protesters’ demands for accountability, those in power in Lebanon are bringing criminal charges against activists and journalists exposing corruption and peacefully expressing their opinions on social media. Such practices only reinforce the need to reform Lebanon’s abusive criminal defamation laws immediately,” Michael Page, the Deputy Middle East Director for Human Rights Watch said in a statement.

Protests, which died down during the early stages of Coronavirus lockdown, recently erupted again after the explosion in Beirut. Many citizens consider this to be the latest example of the corruption of the country’s leadership. The U.S. government has said many times that it supports citizens’ right to protest, and that they are rightfully angered.

President Trump asked Lebanon to conduct a "full and transparent investigation" into the explosion and expressed his support for protests demanding government reform. “The President called for calm in Lebanon and acknowledged the legitimate calls of peaceful protesters for transparency, reform, and accountability,” the White House said on August 9.