Maren Hettler
and
September 16, 2020
in
Politics
Courtesy of The Guardian 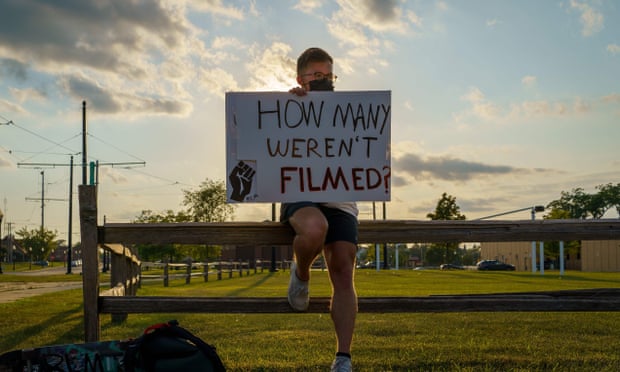 Sometimes it seems that the deepest divide in American politics is not caused by Republicans and Democrats, but by the news media. There is perhaps no better example of this than the coverage of Kyle Rittenhouse, the teenager who killed two protesters and injured another in Kenosha, Wisconsin.

On one side, Fox News host Tucker Carlson defended Rittenhouse. “Are we really surprised that looting and arson accelerated to murder?” Carlson said during his show on Aug. 26. “How shocked are we that 17-year-olds with rifles decided they had to maintain order when no one else would?”

This statement, which was perceived as excusing Rittenhouse’s previous actions, was met with widespread backlash on social media. “Fire Tucker Carlson Now” was trending on Twitter on that same night.‍

Daily Show host Trevor Noah couldn't have a more different opinion. In a powerful segment addressing the events in Kenosha, Noah responded to Carlson’s statement;  “No one drives to a city with guns because they love someone else’s business so much. They do it because they are hoping to shoot someone. That’s the only reason people like him join these gangs in the first place—yes, I said it, a gang—because this is not the battle of Yorktown, it’s a bunch of dudes threatening people with guns.”

The coverage of Kyle Rittenhouse draws a sharp contrast to the coverage of Jacob Blake, an unarmed black man who was shot by Kenosha police days before Rittenhouse’s arrest. Blake - who has not yet stood trial - has already been labeled a criminal by the American media.

The lawyer for the family of Jacob Blake described it best as “a tale of two videos.”

In one, a white police officer in Kenosha shoots Blake, a Black man, repeatedly in the back. In the second video, two days later, a white teen armed with an assault weapon who had already killed two people and injured another, walks toward police with his arms up. He is not arrested. Instead, he is ignored and not seen as a potential threat.

Jacob Blake was labeled as a criminal by the press. Kyle Rittenhouse was called a hero, vigilante, and volunteer.

Here’s how the media has covered Kyle Rittenhouse so far:

In an article, the New York Post described how Rittenhouse was seen cleaning up graffiti in Kenosha before his arrest, calling him a volunteer. The article shows a photograph of Rittenhouse and other high schoolers helping out next to the Kenosha County Courthouse.

Many news outlets have referred to Rittenhouse as a vigilante—a word typically used to describe a member of an unauthorized group of citizens, who take it upon themselves to protect their community in the absence of legal authorities. Rittenhouse was spotted in the front row of a Trump rally and has been described as a “conservative vigilante.” In a piece about Anthony Huber, one of the protesters allegedly killed by Rittenhouse, the New York Post referred to him as a “gun-toting vigilante.”

The tools used to radicalize white domestic terrorists, such as social media, propaganda, and training, usually face scrutiny following an extremist attack such as the Kenosha shooting. In Rittenhouse’s case, much of the press has described him as an “avid supporter of the police” who was “interested in law enforcement.”

An article from the Washington Post describes Rittenhouse’s upbringing in a Chicago suburb, where he shadowed law enforcement, filled his social media with Blue Lives Matter posts, and was once a police cadet who intended to join the Marine Corps.

On Fox News, articles referencing Rittenhouse’s actions are sparse. Coverage of the Kenosha shooting was overshadowed by coverage of a protester who set fire to a police precinct and an article mocking the CNN coverage of civil unrest in Kenosha.

One of the few pieces about Rittenhouse that made Fox’s front page features an interview with Tucker Carlson and a Daily Caller journalist who had interviewed Rittenhouse before the shootings took place. In the video, the journalist describes Rittenhouse as trying to “maintain peace” in the absence of law enforcement. The journalist argues that he was protecting a business that had been burned to the ground, and how he was allegedly chased and shouted at during Kenosha protests.

Many people have tried to humanize Kyle Rittenhouse and portray his actions as heroic. Ann Coulter, a right-wing media pundit, praised the Kenosha killer saying, “I want him as my president.”

Domestic terrorism, as described by the FBI, is “Violent, criminal acts committed by individuals and/or groups to further ideological goals stemming from domestic influences, such as those of a political, religious, social, racial, or environmental nature.”

But the term terrorist is not always applied consistently: both the media and the FBI are quick to label people of color as “terrorists.” Donald Trump even referred to protesters of police brutality as such this year, but decided to refer to armed white vigilantes patrolling the capital of Michigan as “very good people.”

In the words of journalist Dawn Rhodes: “[This is] a rare moment in news media where we get to watch this dichotomy in real-time… To see to whom the news media gives the most compassion and consideration in telling their stories.”