The media has repeatedly incorrectly portrayed victims of police brutality as “thugs” and “criminals”, which are grossly unsubstantiated claims

Aindree Chatterjee
and
January 4, 2021
in
Black Lives Matter
Courtesy of The Guardian 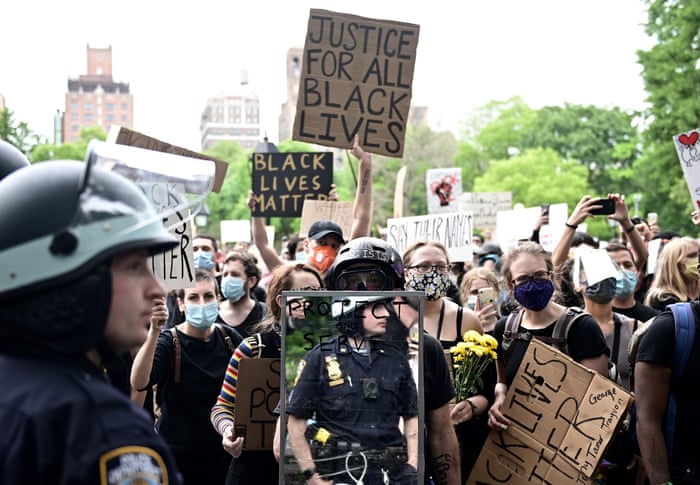 This article discusses matters of police brutality. If you are sensitive to this topic, please exercise caution while reading.

For years, society has relied on the media for relaying news that is true and unaltered. However, in lieu of recent events, people across the United States have started questioning the media's true role in political emancipation of various social groups. The media has repeatedly incorrectly portrayed ethnic minorities and characterized victims of police brutality as “thugs” and “criminals”, which are grossly unsubstantiated claims.

A week after Botham Jean was murdered in his own home by Officer Amber Guyger, an off-duty Dallas cop, a search by the police led to discovery of a small pack of marijuana in his apartment. However, when Officer Guyger had shot Jean, she had not obtained a search or arrest warrant nor was the victim convicted of any felony or contraband case. The police had the warrant for searching Jean’s house for narcotics and paraphernalia, which was released on the day of his funeral. Sadly, an unarmed man belonging to an ethnic minority was murdered by a white cop and yet declared as a “criminal”, despite no evidence of any criminal tendencies on his part. Instead of demanding justice for him, the media had instead spoken in favor of the cop who apparently had saved everyone from a malefactor.

People have correlated the incident to the murder of Haitian-American Patrick Desmond in 2000s, an unarmed man murdered by an NYPD cop. This was not the first time that the media had allowed the police to play the victim card. Be it George Floyd or Breonna Taylor, the Black communities have always been victimized by racism and brutality at the hands of both the police and the media.

A mid-2016 study conducted by the Washington Post on the “demonizing process” concentrated a series of killings of people belonging to ethnic minorities, including 12-year-old Tamir Rice. All of these reports hinted at a common behavior by mass media: digging out former “criminal” records of these supposed felons. Instead of an inquiry of the real police-the cops involved in those shootouts- the media took the extra step to aid the real culprits, while denigrating the reputation of the actual victims. The study had also expressed in detail, that more than often, the works of the journalists were fueled by pressure from senior editors rather than out of racism.

However, no matter what, unsubstantiated circumstantial evidence and biases are never the real foundations of an investigative article - a fact that reporters and broadcasters more than often tend to forget. In the case of seventeen-year-old Trayvon Martin, who was shot to death in 2012 by a neighborhood watch volunteer, a rather well-known news reporting platform blamed him for his choice of clothing, while another went about digging through his school suspension records to portray his “criminal mindset”.

The primary reason why the victim is shamed is because that person’s entire identity and past records are easily made available, while the cop’s identity is concealed- an added advantage for the media to demonize the victims. Police departments have millions of dollars allocated for PR, while the families of the shooting victims do not. Law surveillance also has relationships with local news outlets, while the families of those who have been killed have no such advantage. Especially if the families belong to a marginalized community, their protests are often drowned out by the words of more powerful authority figures.

Therefore, it is up to the public to force the media to release accurate portrayal of news and facts rather than twisting facts. The media is the fourth pillar of democracy. It is our dire responsibility to promote accurate, unbiased news instead of victim-shaming to uphold the honor of the profession. If we fail to preserve truth in our media, we will dilute its entire existence!

"You Go Through More Men Than Taylor Swift": Netflix's 'Ginny and Georgia' Called Out for Sexist Joke