Recently, California authorities sued Cisco, an American technology corporation, and two of its employees for allegedly discriminating against an Indian engineer due to his origin as an "untouchable" 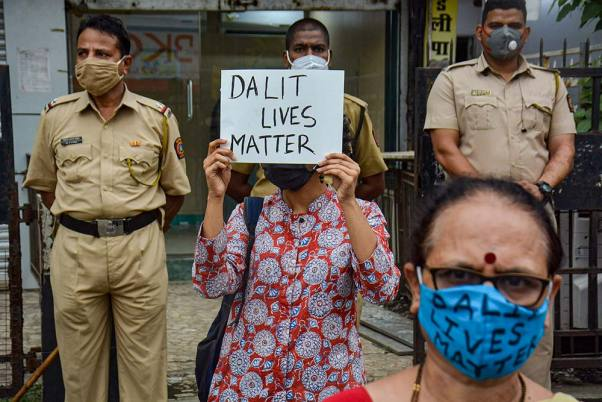 The caste system has been in practice in India for centuries, existing since the downfall of the Mughal Empire and the rise of British Raj. One of the world’s oldest forms of social hierarchy, the caste system divides Hindus into four main socially stratified groups based on their work and livelihood: Brahmins, Kshatriyas, Vaishyas and Shudras. According to this hierarchy, the Brahmins, who were mainly teachers and intellectuals in the earlier period, are considered to be the topmost on this ladder, followed by Kshatriyas, warriors and rulers back then, the Vaishyas were at the third position, finally followed by Shudras, considered to be the ones doing the “menial” jobs. From this four-fold caste system of Hinduism, a certain section of people was excluded, known as the Dalit or untouchables. The word “Dalit” was used for the British Raj census classification as a term for the depressed classes prior to 1935.

With the downfall of the Mughal Era and the subsequent rise of the British Raj, various powerful and influential persons started associating themselves with the kings, priests, and ascetics and affirmed the regal and martial form of the caste system, as a result of which, many casteless communities were added into the social ladder. The British Raj developed this system into a base of the administrative mechanism of the Indian Subcontinent. During the period of 1860 to 1920, the British applied this in a very forceful and unfair way, granting major positions and administrative jobs only to the Christians and certain people of the upper castes. In the 1920s, social disturbances resulted into a change in the policy- a policy of positive discrimination was introduced in which a certain percentage of government jobs would be reserved for the lower castes.

B.R. Ambedkar, an economist and social reformer, popularized the term “Dalits”, which, according to him, included all the oppressed people of the country. Ambedkar formed the “Labour Party”, hence, including all socially oppressed people- people of the backward castes and women as well as small scale farmers. However, according to the National Commission for Scheduled Castes of India, the official use of “Dalit” as a label is considered to be “unconstitutional “ as the modern legislation prefers the use of “scheduled caste”.

In 1932, the British Raj suggested separate electorates in order to select the leaders for Dalit Communities in the Communal Award at the Round Table Conference. According to the Communal Award, the depressed classes were awarded a number of seats to be filled by election from special constituencies in which only voters from depressed classes could vote. However, Mahatma Gandhi opposed this proposal and went on a hunger strike against this provision, claiming that such an arrangement would split the Hindu community into two groups. As a result, it influenced the Government of India Act (1935), introducing reservation of Depressed Classes, renamed as the Scheduled Castes.

After India gained independence from the British, the constitution banned discrimination on the basis of caste and a reservation system was introduced for the Scheduled Castes and Tribes (the lowest in the caste hierarchy). It was an attempt to enhance the ability of the traditionally disadvantaged as well as an attempt to correct the historical wrongdoings. The authorities announced quotas in government jobs and educational institutions to support the ability of Dalits to obtain the education and government jobs, which they remained, bereft of for many years. In 1989, the quotas were extended to include another group called the OBCs (Other Backward Classes), which come in between the upper castes and the lowest in the ladder. On 31 March, 1995, the Government of India enacted the Prevention of Atrocities Act, also known as the SC/ST Act to prevent harassment, assault, discrimination and other harmful acts against these groups.

Despite all these measures, caste-based practices (such as untouchability) are found to be practiced even today in several parts of India. Even though the government encourages education and job opportunities for all the suppressed castes, it’s the very political parties who induce rage among the castes. The temporary affirmative action of supporting the suppressed classes has now become a vote-looting exercise for the politicians. During the elections, several caste groups still vote as a whole block and are wooed by electorally gaining politicians.

In the recent Hathras rape incident, the ugly truth about untouchability and caste-based biasedness came up in the news. In the village of Hathras, it is still believed that the Dalits and upper castes cannot be on the same pedestal. In a report by The Quint, a Dalit labourer from the Hathras village says, "If we ever refuse to go to work in Thakur (the upper caste) houses or fields, they threaten us of stopping access to their fields. We need to go to the field to get fodder for our cattle." The Dalits are not even allowed to enter the temples and are asked to pray standing outside. The ruling party as well as the opposition parties shamelessly politicized the Hathras rape incident and turned it into a very unpleasant blame game.

It has also been observed in various communities that a large fraction of victims of rape and other violent acts has been from the lower castes. Historically and culturally, Dalits have been marginalized politically and in the larger structure of power in a society based on caste divisions, Dalits face the brunt of crimes committed from a higher position of power. Bell Hooks writes in ‘Feminism: From Margin to Center’- “Black women in the US face double exploitation- at the hands of patriarchy as well as also because of their race.” The caste-based ladder also creates a similar problem, which is clear if you just replace the words ‘Black’ with ‘Dalit’ and ‘Race’ with ‘Caste’.

Recently, California authorities sued Cisco (CSCO) and two of its employees for allegedly discriminating against an Indian engineer, just because he was from the Dalit community. According to the lawsuit, the engineer was "expected to accept a caste hierarchy within the workplace where [he] held the lowest status within the team and, as a result, received less pay, fewer opportunities, and other inferior terms and conditions of employment." When the engineer opposed the treatment, they "retaliated against him" by reducing his role on the team, isolating him from colleagues, and giving him assignments that were "impossible to complete under the circumstances," the lawsuit claimed. The lawsuit also accused Cisco of failing to take "corrective action," even after multiple investigations. The effects of the Indian caste system isn’t limited to the country only, but also has several impacts in regions outside India. According to a 2018 survey conducted by civil rights group Equality Labs, it was found that 67% of Dalits reported unfair treatment at their workplace just because of their caste. Among Indians living in the United States, caste-based practices are unfortunately still observed.

The reasons for which Dalit people are killed or attacked in India include eating in front of upper caste men or touching an upper caste man’s motorcycle. In addition to these incidents, bullying and ragging of lower caste students at educational institutes are very common instances. There is a toxic belief among the students that the ‘quota students’ (who are uplifted by the Government so that they are able to receive an education), are innately less able than ‘mainstream students’, and this ultimately leads to a caste-based exclusion. In the very famous Indian Institutes of Technology (IITs) it has been found that 80% of suicides until 2011 were Dalit students. Harvard-based anthropologist Ajantha Subramanian interviewed several former students of the IITs and discovered that many believed that while general category students got bad grades because they were ‘having fun’, reserved category students simply didn’t have the intellectual capacity to do so. The idea that upper castes are inherently ‘talented’ while the reserved category SC/ST/OBC students are meritless is as hollow as it is casteist.

While all these problems continue to exist in society even now, what are the steps that can be taken to improve the condition? We find Amit Shah, the Union Minister of India, going for lunch at a Matua (a lower caste tribal community) home and Mamata Banerjee, the Chief Minister of West Bengal announcing the formation of a Matua development board just before the 2021 Assembly elections of West Bengal. Undoubtedly, the ministers and political parties are in a race to woo the voters from the suppressed communities. Are these even the solutions that we need? The need of the hour is to educate the young minds about the importance of reservation for the students from lower castes, who have been excluded from education, art, culture and other basic human rights. Educational institutes should be centers for learning new ideas, not places of discrimination, exclusion and harassment. We need to spread the word about this importance of uplifting the suppressed communities to every corner of the society so that all minds become free of hatred!