With the unprecedented scale and impact of the pandemic, illegal child labor in India has grown exponentially throughout the last eight months

Valeria Eggers Cortés
and
January 11, 2021
in
COVID-19
Courtesy of UNICEF 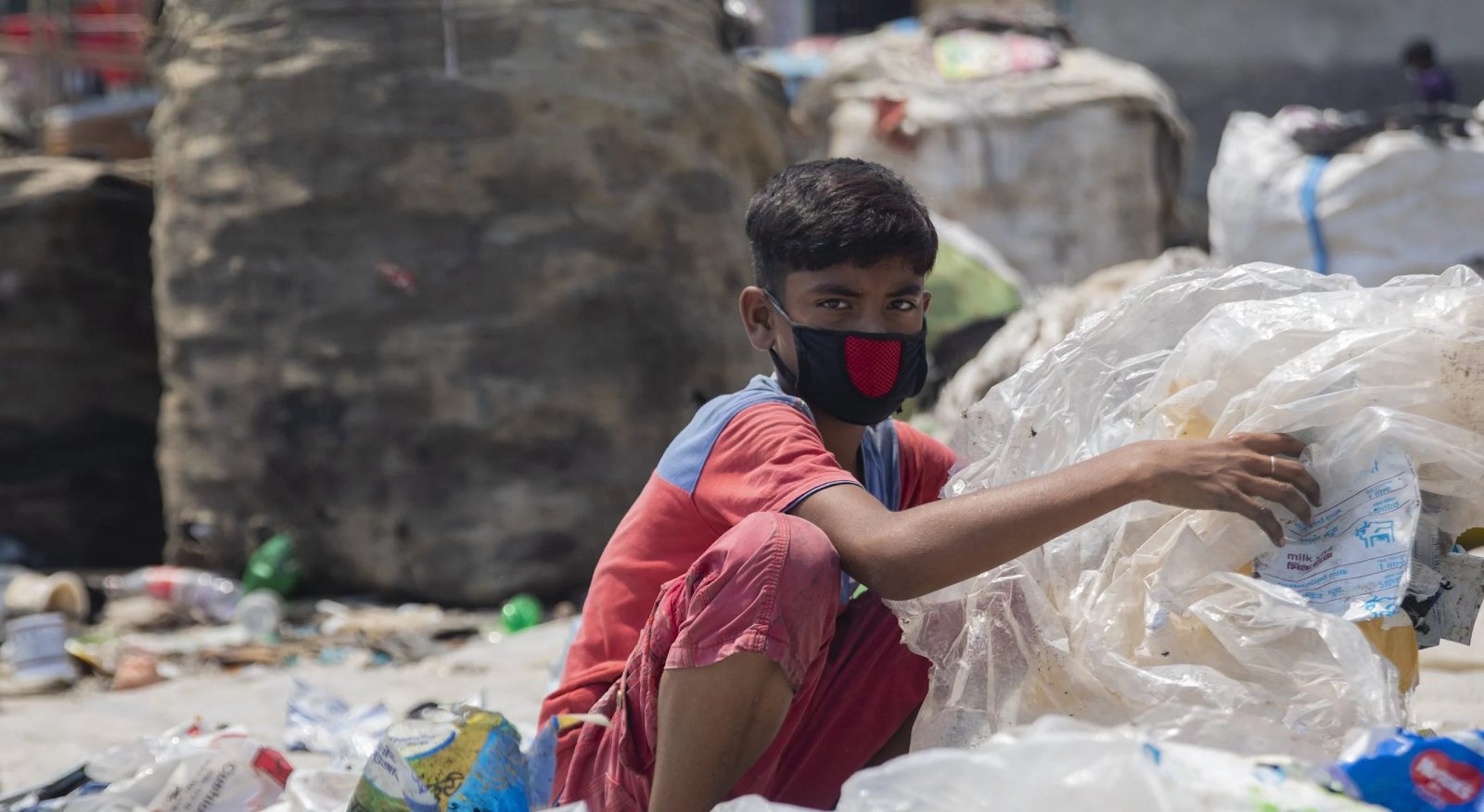 As many countries continue to struggle with COVID-19 and its consequences, few have been hit as hard as India, no group more so than its children. A country housing 17.7% of the total world population within its borders, India has the largest population of children, individuals under the age of 18, in the world, with an estimated 472 million. Many of these children live in sub-adequate conditions, conditions which have only been worsened by the current health crisis. With many families losing their jobs and incomes due to the pandemic, a significant number of the country’s households have had to rely on every family member to bring food to the table, including children.

Since long before the pandemic, India has had its share of child labor problems, with recent government data estimating that more than 33 million minors worked illegally during the 2010s, with no small number exposed to hazardous conditions in the process. Although anti-child labor laws have been imposed, the pandemic has meant that fewer workplace inspections have been enforced, and the consequences have only been amplified by the simultaneous cutback of the pursuit of human traffickers by government officials. Though child labor regardless of circumstance or conditions was made illegal for all children under the age of 14, all those under 18 years of age are nevertheless banned from labor that is perceived as a risk to their development due to hazardous activity. However, with the unprecedented scale and impact of the pandemic, illegal child labor in India has grown exponentially throughout the last eight month span.

With more than 10 million reported cases of the coronavirus in India, the country’s GDP has suffered the worst downturn in four decades. Following the economic collapse that has led many to poverty and exploitation, the country has seen a devastating regression on many issues that they had long fought against in the last decade. After a strict pandemic lockdown and the closure of schools since March, child labor, child trafficking and child marriage have all served as last-resort solutions for families who have fallen into extreme poverty.

The situation has deteriorated so much for families having such a hard time caring for their household that in many cases where children are sent to work for factories and construction sites, the families know the child traffickers. After earning the confidence of entire villages with various economic struggles, traffickers offer to give the villagers’ children jobs in big cities, such as Delhi and Jaipur, from where they can make enough money to provide for their families.

In reality, these children face inhumane working conditions, are forced to work 14-16 hours a day, and are often subjected to beatings if they refuse to comply. Those who manage to return to their villages after being trafficked to work in factories, workshops, etc., still face a terrible situation, as their parents will have more mouths to feed but less money to do so.

Consequently, households continue to fall deeper into debt by obtaining expensive, deceitful loans. Still, industries continue to send recruiters to villages where they continue to manipulate families to hand children over for the work, as children are usually the cheapest labor available, often seen as a need for many of these industries to compensate for profit losses due to the pandemic.

Not only are many parents vulnerable to the economic crisis, but with schools closed since March, most children have been left stranded without surveillance mechanisms to keep them out of the hands of traffickers. As reported by the United Nations, worldwide, around 94 percent of the student population has been impacted by the closure of learning spaces, with up to 99 percent of this population in lower-middle-income-countries such as India. Even with some teachers making the effort to visit the families to check in with students, it is a near impossible task to account for all 200 million children that have been affected from their school’s closure in the country.  As many live within unstable settings without security, a purpose schools serve for many, these students often do not have access to online schooling as they cannot afford the electronic devices needed to participate. With 69 percent of Indian houses only having one to two rooms for all members of the family, families do not have the income necessary to sustain their children and simultaneously be able to afford the equipment for them to access online classes, nor do their children have access to a distraction-free environment necessary for learning.

On the other hand, those who can rely on online platforms for distance learning are also vulnerable to being exposed to inappropriate content and online predators. Furthermore, not only are many children deprived of their right to education, but many are confined to abusive households and situations, which can later lead to parents giving consent for child traffickers to take the children away.

Research has shown that once a child starts to work and earns what can even be an insignificant amount of money at such a young age, it is highly unlikely for them to ever go back to school. As a result, many of these children fall into a cycle of poverty in which they are vulnerable to exploitation in highly unsanitary working conditions, for hours on end, with little to no wage, and face the risk of developing serious health issues. Movements that help rescue trafficked children, such as the Bachpan Bachao Andolan movement, have witnessed a never-before-seen spike of children who were trafficked illegally to work in factories, farms, etc. during the period from April to September 2020. From those that have been rescued, some were as young as six years of age. Moreover, most reported their average daily salary to be of around 40 cents. Sadly, the number of those rescued is still far less than the number of children who are still in the hands of traffickers.

Unfortunately, the work done to prevent illegal child labor almost seems erased by the pandemic, with the last eight months setting the country back decades on child labor and exploitation practices. With many children still to be rescued, India’s Home Ministry established guidelines in July to set up Anti Human Trafficking Units in every district- yet most states have disregarded the advisory. Besides, many childrens' rights activists and NGOs have been critical of the government's abysmal efforts to protect its children since the pandemic began. Instead, those who appear to be at the frontlines of the fight and rescue the most children are a number of NGOs.

It is of key importance for governments and all people to mark clear steps towards a total elimination of child labor. Children need to be accounted for on all fronts, with due accountability for all governments, factories, companies, and all those who benefit from child labor in one way or another. Companies and brands- as well as consumers - must enforce and demand harder restrictions on their workforce to prevent any more cases of child labor, taking the responsibility and liability of ongoing abuses into their own hands without making excuses. Moreover, to prevent both the supply and demand of child workers, brands must do whatever they can to provide relief to vulnerable workers who may have families of their own to feed, and  they must encourage their suppliers to give priority to worker conditions and income levels. Meanwhile, consumers must work to become aware of the impact that their expenditure has on vulnerable communities. And perhaps most importantly, the government must strengthen and enforce strict labor laws and regulations while building awareness of relief channels, enforcing mandatory protection of workers, and strengthening educational availability and equitable access for all.

We must all continue to push governments around the world and all parties involved to push towards a world without child trafficking. As the next generation of consumers, it is our responsibility as youth and as global citizens to do whatever we can to provide children with safe spaces and to empower their voices, rather than making excuses and passing off responsibility. With no reinforcement of their decision-making-power, youth voices must be integrated into matters of security, social services, health, and justice.

There is no better time to begin to contribute to the effort, as the UN General Assembly has officially declared 2021 as the “International Year for the Elimination of Child Labour”. Together, we can work to protect the rights of all children, preserve their safety, and safeguard their childhoods. As this is not only India’s problem- this is everyone’s problem.