Amazon has recently come under fire for its surveillance technology, which specifically monitors marginalized communities and activism units

Shawkin Kabir
and
November 13, 2020
in
Tech
Courtesy of The Guardian 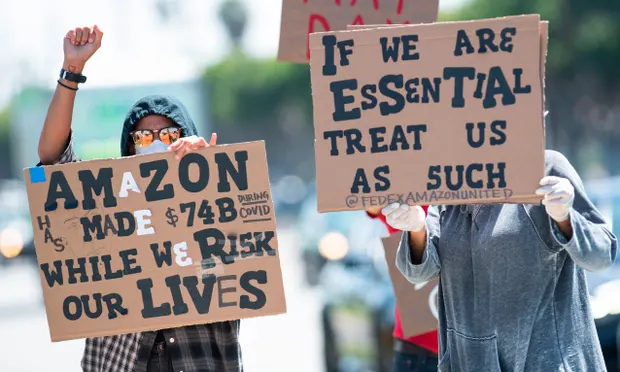 Amazon is no stranger to controversy, especially in the case of worker mistreatment. The company’s infamous reputation includes reports of punishing workers for sustaining injuries, maintaining atrocious working conditions that lead workers to skip bathroom breaks and urinate in bottles, and being classified as one of the most dangerous places to work. Recently, startling reports of surveillance have been added to Amazon’s book of worker suppression techniques and extreme corporate misconduct.

Employees were warned that the company is monitoring many listservs, or worker mailing lists, of which most are relating to activism and contain mainly marginalized groups such as Black employees, indigenous employees, and Muslim employees (while the Christian employee listserv was not of the ones monitored). In addition, some of the listservs being monitored have been consistently used to fight for worker’s rights as well. While Amazon claims that the monitoring is not related to the content of the groups, many are justifiably worried that this is yet another way for the corporation to break up workplace organization and a form of digital unionization, a claim which becomes increasingly plausible after looking at the company’s history in this area. Amazon’s abysmal track record of mistreatment of workers includes a job listing for researchers for “labor-organizing threats against the company”, training videos on working against union activity, and firing a worker for protesting against working conditions. This method of worker surveillance is just another check on the company’s list.

This report of surveillance by a tech giant, a borderline monopoly, which has already been exposed for past actions against its workers and has been known for mistreatment should be concerning. Workers who are already being pushed under by the company’s culture of ignoring its workers and treating them as a means to an end have now had another outlet of free speech demolished through its surveillance body. Workers deserve to be able to organize. Workers deserve the right to press back against inhumane working conditions. Workers must have the right to defend themselves, their life, and their liberty.

It’s time for Amazon to give their workers what they deserve.

Here's How You Can Get Involved in the Election Season