The activists on this list did incredible work in 2020, and they are sure to continue this track in 2021

Sofia Caffer
and
March 16, 2021
in
Activism
Courtesy of Youth Today 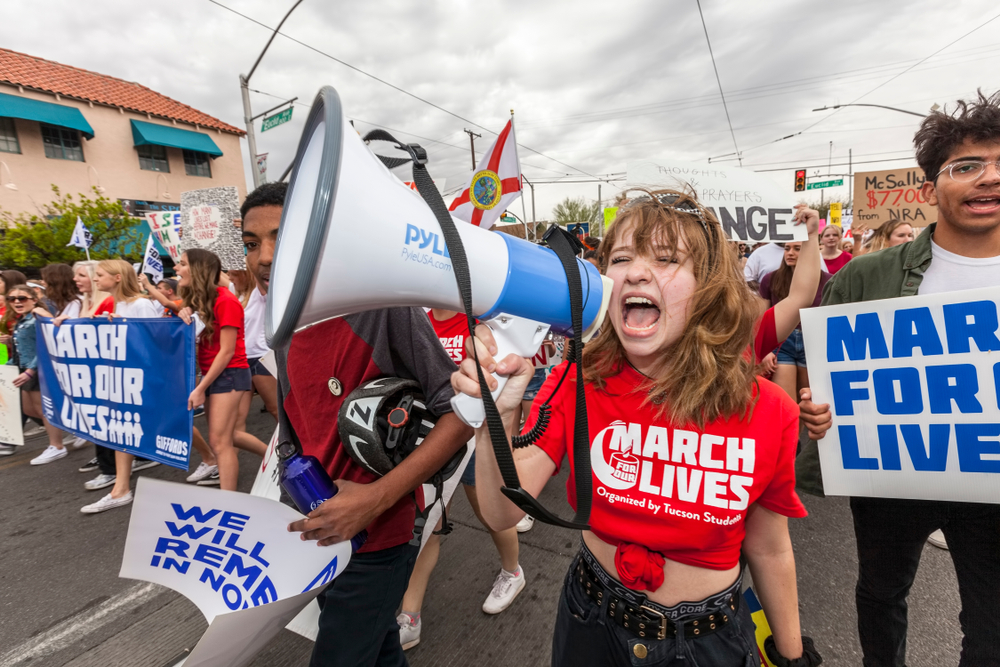 If you are looking for some activists to follow this year, I got your back! The activists on this list did incredible work in 2020, and they are sure to continue this track in 2021. Here is a list of 11 young activists you need to follow:

Sienna Mae Gomez is a 17-year old that made a huge impact on people’s lives in 2020 by helping her followers to embrace and accept their unique bodies. She used her voice to show that everyone has insecurities about their bodies and that insecurities are what make your body so unique. She contributes to body positivity activism through her social media accounts such as TikTok. I am sure that in this year she will have an even bigger impact in the world by showing the power of accepting yourself the way you are. So if you are struggling with accepting your body the way it is, make sure to follow her in order to learn to love your insecurities.

If you are looking for someone that will help you to expand your knowledge on the fight against climate change, Xiye Bastide is the one you should follow immediately! Xiye is the co-founder of the Re-Earth Initiative, which has the goal of correlating the fight for climate justice and social justice.  This climate justice activist was also selected - by the United Nations Environment Part - to be part of the Youth Task Force in preparation for the World Environment Day of 2020. Using the platform she has created, she is a fierce advocate for intersectional environmentalism and force to be reckoned with.

As a teen, he was placed on Instagram’s “19under19” hashtag for his empowering activism. Now at age 21, his activism has not ceased.  He has done an outstanding job being an activist for self-acceptance; his journey started when he was diagnosed with a rare form of dwarfism, but he decided to make something positive out of his experience of suffering and isolation. So Brandon turned his own experience into motivation to empower others to accept and love themselves the way they are. If you need someone to motivate you when it seems that all the world is against you, I recommend you to follow him!

As Ziad describes himself in his Instagram’s biography, he is a “American-Muslim student, entrepreneur, & speaker.” However, all of his tasks culminate in one simple goal: giving GenZ a voice and showing its power. One example of this is his role as the CEO of JUV Consulting, a company that has the goal of empowering the voices of Generation Z and amplifying their influence in the real world. He is also the founder of Redefy, the platform on which you are reading this article. I am 100% sure that his social media will help you to find your voice and use it.

Besides being an outstanding actress, appearing on the Disney Channel show “I Didn’t Do It”, Sarah is also a mental health advocate. She shows that no one should be ashamed of fighting against mental health and asking for help. Often, people are afraid to talk about this topic due to the stigma that surrounds it; however, by speaking out, she is helping others to recognize that they may struggle with mental health and empower them to fight against it.  Also - as an environmentalist - she helps her followers to get educated about climate changes and climate justice.

As Amelie describes herself, she is a “vocalist for change.” She has truly lived up to that expression by using her platform to help educate her followers about worldwide events and empower them to use their voices. One example of this was her activism during the United States Presidential Election of 2020, which showed Generation Z how important their votes are and why their voices must be used! However, her willingness to help people educate themselves did not start in 2020; it started when she was only 12 years old and created a weekly newsletter to help young people keep up with news in an easy and fun way. From age 12 to now, Amelie has proven that young people have a valuable and powerful voice.

Vale is from Mexico and has worked tirelessly to empower young people to use their voices. To fulfill this mission, she founded a podcast. The podcast “ACTIVISMO Y QUIETISMO” will certainly help you understand that you need to use your voice. Her message is especially pertinent if you are young since you may think that your opinion does not matter because of your age. Her podcast is a great resource to help you encourage yourself to speak up about the things that you believe. Besides that, she has done an amazing job by fighting for gender equality, such as working in Girl Up’s campaign.

Another powerful activist that is important to highlight is David, an outstanding advocate on the fight for climate justice. If you need help to understand the causes and consequences about climate change, you should keep up with his social media.  As a climate activist he is always trying to help educate people about climate change and what they can do to fight against it. His extensive involvement with protests shows his followers the strength of the movement that they’re fighting for.

Jazz is the youngest person ever to achieve the “Top Forty Under 40.” She is an activist that has the goal of showing that it is okay to be different. She is always fighting to help everyone to accept and embrace their real selves. She is also the co-writer of a book called “I am Jazz,” that has the goal of showing her and her family’s experiences as a transgender kid. Her story sends a necessary and impactful message of struggle, discovery, and self-acceptance.

You may know her as Eleven of the Netflix original series Stranger Things, but she is much more than an actress (a role that she plays wonderfully). What you might not know is that she is also a marvelous advocate for children's rights all over the world. In order to do so, she is an UNICEF Goodwill Ambassador. In her social media, you can find her behind the scenes of her acting jobs but also get informed about the fight for children's rights and how you can help.