In a highly competitive, male-dominated industry like tech, female voices and cries of injustice are almost always suppressed. 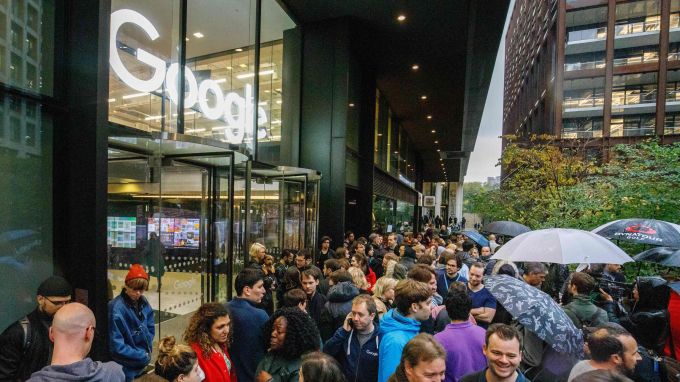 In a highly competitive, male-dominated industry like tech, female voices and cries of injustice are almost always suppressed.  This was the case for tech giant Google until a fateful November 1st. This year, thousands of employees around the world walked out on November 1st to protest Google’s history of covering for executives facing sexual assault allegations.  Google’s individualistic culture has helped “exceptional” developers and engineers avoid the consequences of their rule-breaking just because they’re seen as beneficial members of the company.

The primary instigator of the Google walkouts was the case of Andy Rubin.  A pioneer of Google’s Android software, Rubin was reportedly paid $90 million to leave the company in 2014 after he was accused of coercing an employee to perform oral sex on him.  He dismissed this as a smear campaign intending to further vilify him during a divorce and custody battle, even though the company has found the allegation to be credible.  Since then, there have been plenty more cases of sexual harassment perpetrated by powerful execs at Google, and employees have decided that they’ve had enough of the toxic culture pervading their workplace.

According to the organizers of the walkout, they demand Google to concretely change its company policy in five ways, namely:

The walkouts at Google further prove the urgency of the #MeToo movement.  Victims of sexual misconduct are practically everywhere, but they are constantly repressed in fear of victim-blaming and further mental/emotional abuse.  As a modern company projecting itself as progressive, Google must take immediate action and detoxify their workplace environment.

Luckily, according to Google’s Chief Executive Sundar Pichai, the company supports the employees taking part in the walkouts and is starting to pay attention to their long-standing complaints.  While significant change has yet to occur in the company, hopefully, the walkouts will ignite Google to ensure that its workspace is a safe place for all its employees.  It is high time for victims to be prioritized and for perpetrators to face the consequences of their misconduct.