His murder exploded the once mystified, protective bubble for white privilege and police violence. 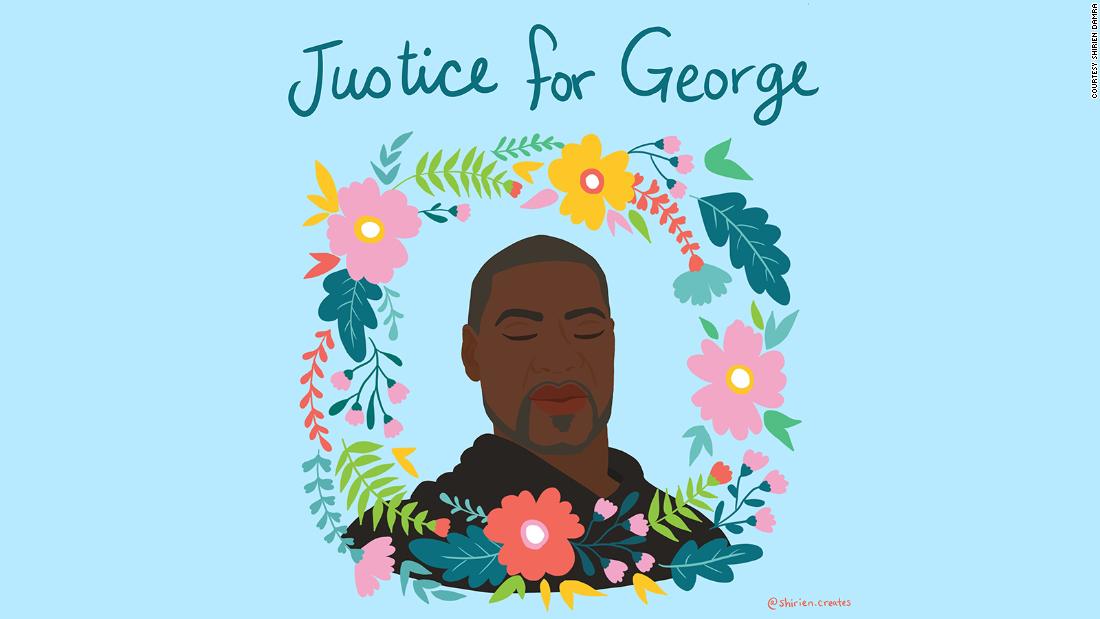 It was Memorial Day- a holiday dedicated to celebrating the lives of those who sacrificed for our country, freedom, and democracy. But it wasn’t the usual Memorial Day. America was still reeling from a deadly pandemic that killed 100,000 people, disproportionately affecting the African American population. Yet people were free and had the privilege of living; either they were barbequing in their backyard or mourning their passed family members and friends from coronavirus, they were at liberty.

A black man, George Floyd, was not. Pushed out of his car and pinned to the ground, Floyd was pinned to the neck by Derek Chauvin, a white officer with 16 past complaints, for 8 minutes and 46 seconds. The stark cruelty of the video captivated the nation. Floyd’s palpable pain and Chauvin’s obvious indifference were appalling. The peaceful Monday Memorial Day evening in Minneapolis, Minnesota turned into a boiling point for African American racial justice in America and marked the eruption for the Black Lives Matter movement. His tragic death brought change to the world in the most unfortunate way possible.

George Floyd was only the spark to the powder keg. Black people in this country have been oppressed since America’s founding. When they’ve been placed in a pressure gauge filled with hate, inequality, and structural racism, there’s a time for an ignition of protests stemming from anger. And that time is now. The racial inequality and division stems from the past, one that began with human trafficking to today’s societal oppression in forms of structural disadvantages and implicit bias. Systemic inequality combined with anti-black violence plagues the black communities, which affects them in every way possible, from incarceration, socio-economic status, education level, and racial discrimination. Considering they comprise only 13.4% of the US population, every 1 in 26 African-Americans are imprisoned and make up 40% of the prison population. They are ten times less wealthy than white counterparts. They are 1.5 times less likely to receive a college degree. They earn 20% less than their white counterparts with the same degree. These statistics provide a stark insight into the depths of America’s reluctance to change- one that would offer racial equality rather than status quo disparity. African Americans in this country have been subjugated for so long that policies and practices were molded to drive inequality.

Bias and racism in action is reflected in the overwhelmingly large number of Africans Americans deaths from COVID-19. The effects of past urban segregation are causing blacks to die 2.5 times the rate compared to whites during COVID-19 today. What was the past endures to be the present for the black population and their communities. What draws ire is that they are the majority of essential workforce, vital enough for them to be labeled as the “backbone” of society, yet to this day,  they remain the ones who suffer the most.

African Americans don’t just die from pandemics. Shot and killed for jogging, sleeping, playing with toy guns, selling cigarettes and CDs, and using their phones. As news of Ahmaud Arbery broke, his murder was the first to trigger the onslaught of protests we see now. Then, a few weeks later, a detached white police officer wantonly kneed a non-resisting black man to death. It took an onerous two months to convict Arbery’s murderers and it took a viral video to put George Floyd’s murderer behind bars. People start questioning why the justice process takes so long when the evidence is so profuse. However, this time the sheer volume of videos documenting police brutalities have proved the unrestricted use of police force and undermine the cognizant opposition. There are limits for patience and as the protestors have chanted for the past 6 years, “No justice, no peace.”

Too frequently, those bystanding police officers are left out of criminal punishment or even an investigation. Only the officer keeping Eric Garner in a chokehold was charged although several others pinned Garner down and helped keep him in a chokehold. Suppose George Floyd or Eric Garner was any race but black. None of the officers would start to invoke threats on Floyd’s or Garner’s life. George Floyd wouldn’t have a gun pointed at him or been pushed out of his own car. Simply, Floyd was killed because of the color of his skin. All the officers are severely guilty of racism and nonacceptance to treat blacks equally under the rule of law. Three other officers pinned Floyd down, levying weight on his chest. Floyd was murdered by Chauvin, but also by Keung, Lane, and Thao.

Despite these horrid stories, there are still many who believe otherwise. “Blue Lives Matter” for police officers and “All Lives Matter” were created to counter and quell Black Lives Matter movement. Soon after two NYPD officers were ambushed in 2014 ostensibly as revenge for those who died in police custody, the police quickly responded with an organization of their own- Blue Lives Matter. People who had racial privilege abused it to create All Lives Matter. Black Lives Matter was founded because blacks are overwhelmingly killed by police compared to any other race or to the deaths of police. Police officers choose their job; they have the luxury of taking off their uniform at the end of the day. Black people did not choose to be black and they cannot simply “take off” their skin color.

Whites, hispanics, Asians, and other races don't account for the atrocities black people suffer under police. According to New York Times, blacks arrested in Minneapolis are subject to 7 times the rate of violence compared to whites, indefinitely shocking and indignating the entirety of the black population in America. Those who wish to propagate Blue Lives Matter and All Lives Matter have never been tortured and abused by society oppression for 495 years. Black people in America have.

Martin Luther King Jr. once said that “rioting is the language of the unheard”. A significant majority of African Americans don’t have the same financial resources to gain access to the same privileges whites and other races have. While Washington failed to hear the voices of those in distress, black people use rioting to bring attention to their needs. Empty promises of justice prompts black communities to respond with violence and riots. Rioting is a natural human instinct. Therefore, when responding to the rioting, it’s important not to criticize the rioting itself, but the social distress that has caused these riots to occur. The reasons for rioting are social justice and progress, not inaction or silence.

Beyond our cries for actions of justice and change, we have a President in the White House who consistently refuses to take the role of a pacifist guide in times of crisis. Trump is ossified in the pre-Civil Rights era, constantly being ignorant to black justice all his life beginning with denying them housing at his apartments, using offensive slurs, and calling a hero who stood up to injustice, Colin Kapernick, a “S-o-B.” Tweeting “when the looting starts, then shooting starts” amplifies the views of white supremacists. Speaking up for white supremacists in Charlottesville creates already virulent racial tensions- 56 percent of America thinks Trump has indefinitely worsened it according to the Pew Research Center. He has chosen to endanger the lives of protestors in place for a photoshoot with a backdrop that preaches the antithetical of his character. For a man who is morally depraved and long on sleaze, 78 percent of blacks in America are now hopeless for change. His Tweets and his actions have resonated with us Americans that he is disqualified to be a leader, so a man of contempt should have his indiscretion on Twitter be flagged- or be banned.

It was our instinct to react strongly to the video of George Floyd, but we need to ask ourselves what we achieved after protesting, passing laws, and defunding police departments. George Floyd was the trigger for change. He was a victim amongst others, and his was of no less nor greater importance than the grave tragedies many others died under. We have been living with great hypocrisy for centuries. Our founding fathers forever indoctrinated “All men are created” into our constitution; we repeat it every day in Pledge of Allegiance, “One nation, under God.” Our skin color is our uniqueness and identity; it doesn’t change our nationality. We are all Americans in “one nation,” protected by the grace of god. George Floyd was the catalyst for change- protests in 50 states and 40 countries is the unity we desperately need.