One of the biggest headlines around the world on January 1, 2018 was how Iceland became the first country in the world demanding equal pay for women

Amelia Dogan
and
July 3, 2021
in
Women's Rights
Courtesy of ABC 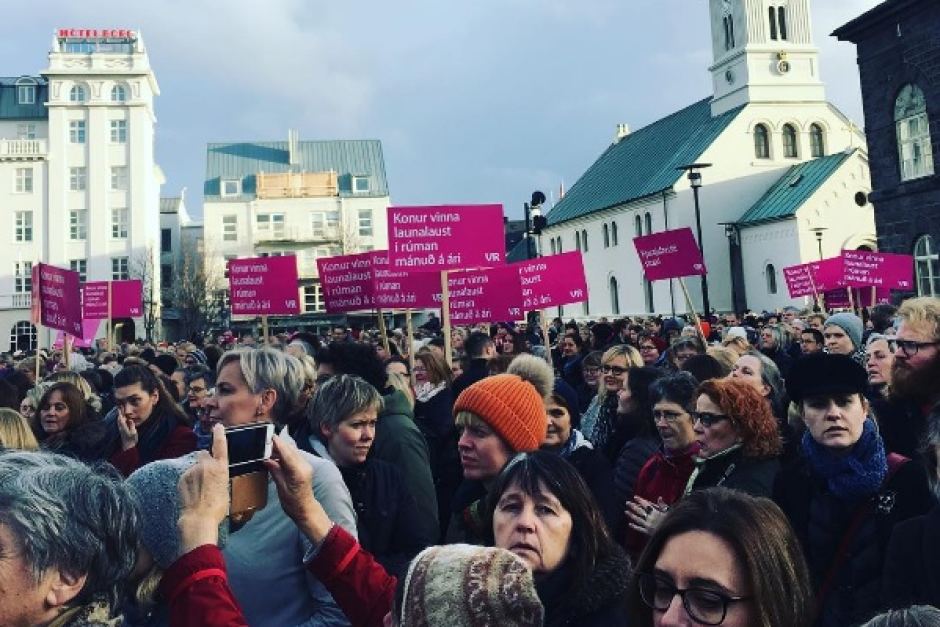 One of the biggest headlines around the world on January 1, 2018 was how Iceland became the first country in the world demanding equal pay for women. The law had been passed earlier in March 2017 but was just put into effect at the beginning of this year. The law demands for companies of 25 or more people to provide the government with a report every three years about “the equal pay system and the implementation” of “[g]ender equality programs and gender equality perspectives in personnel policies.” A government agency will monitor and evaluate the reports. Iceland has had equal pay laws on the books since 1961, but this is the first time an accountability mechanism has been put in place by the government. The government also requires that the board have parity of at least 60/40 in companies larger than 50 people.

Iceland’s gender equality does not stop at only work place practices but overall is ranked number one on The World Economic Forum’s The Global Gender Gap Report 2017. The United States is ranked number forty-nine. However Iceland’s long road to equal pay has not been easy; it is a lesson of how activism does work in the long term. During 1975, dubbed the Year of the Woman by the UN, about 90% of women in Iceland on October 24th refused to work or perform household chores. In 1985, over 200,000 left work again followed by another refusal to work in 2005. Well-publicized around-the-world protests took place on October 24, 2016 with women leaving at 2:38 pm, symbolizing the roughly 30% pay gap to men’s work.

The activism does not stop with this law though. Women in Iceland are still calling for continued work for gender equality in Iceland and around the world. Some U.S. politicians recognize the importance of Iceland's achievement as Senator Sanders posted on Facebook, “We must follow the example of our brothers and sisters in Iceland and demand equal pay for equal work now, regardless of gender, ethnicity, sexuality or nationality.” There are valid questions about how effective equal pay laws would be in a country as large as the U.S. with a population over 320,000,000 compared to Iceland’s population of under 350,000, but this is no excuse for the difference in pay. No challenges should not stand in the way of ending the pay gap. This is especially true when one considers how the U.S. pay gap and other workplace inequalities hurt women of color disproportionately. Iceland is a strong model that epitomizes how both government accountability and consequences are necessary to ensure equal pay.