In a historical win, Lori Lightfoot simultaneously becomes the first gay person and black woman to become the mayor of Chicago. 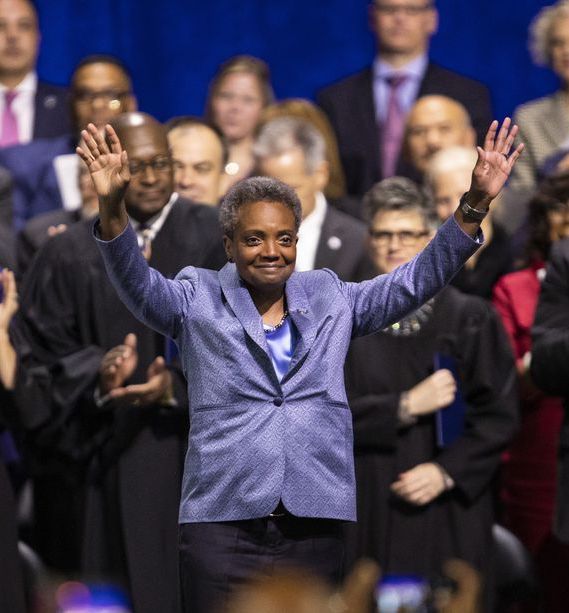 As she pumped her fist high in the air, Lory Lightfoot screamed, “Thank you Chicago!” while the crowd cheered in a craze.

Lightfoot, a former federal prosecutor, was sworn in on May 20, 2019 as Chicago’s 56th mayor, becoming the first openly gay person and black woman to hold the position. She won the mayoral race by a margin of nearly 50 percentage points, defeating her opponent Toni Preckwinkle in a landslide election.

Lightfoot, 56, who has never held elective office before, wasn’t just unique in that regard. Her campaign was run on the promise of change: “Today, you did more than make history…you created a movement for change.” She actively advocated for the end of City Hall corruption and the restoration of people’s faith in their government. As mayor, she has proposed to establish a mayor’s office for equity and social justice in an attempt to ensure that everyone’s opinion, regardless of status, is heard.

Lightfoot’s campaign has created a ripple effect, continuously spreading across the United States and positively impacting LGBTQ communities in various major cities. Lightfoot was the first out of three openly gay mayoral candidates to win elections within the last month. A few weeks ago, following Lightfoot’s victory, Tampa’s former police chief Jane Castor made history by becoming the first LGBTQ mayor elected to office in a southeastern U.S. city. Soon after, former councilwoman Satya Rhodes-Conway was elected as the first gay and second female mayor of Madison, Wisconsin. Prior to their wins, only two openly lesbian candidates—Seattle’s Jenny Durkan and Houston’s Annise Parker—had held office as mayor of one of America’s hundred most populated cities. Overall, in 2019, there are now a total of 38 mayors in the United States who identify as gay or lesbian, indicating a promising future ahead for the LGBTQ community.

As a Chicagoan, I am so proud of all the progress that my city has fought so hard to accomplish. Even fifty years ago, the very notion of two African-American women competing in the race to become the mayor of the third largest city in the United States was unthinkable. The concept of being in a homosexual relationship was considered impossible. Today, this previously inconceivable idea is now a possibility. More than a possibility, it is a reality for my home city. In the last month, this historic milestone that Chicago has achieved has encouraged a wave of similar movements to follow in other large cities across our nation. Because of Lightfoot’s recent victory, I have the opportunity to witness a reformed city being built right before my eyes. I cannot wait to see what change my city has in store for the future and the consequent ripple effect that will undoubtedly occur. In a time like this, I have never been more proud to call Chicago my home.