Although the U.S. is currently not the lead producer in emissions (China passed the U.S. in global emissions in 2006), no other country has emitted more cumulative carbon dioxide into the atmosphere since the Industrial Era.

Atharv Bhavanasi
and
December 27, 2021
in
Environment
Courtesy of MarketWatch 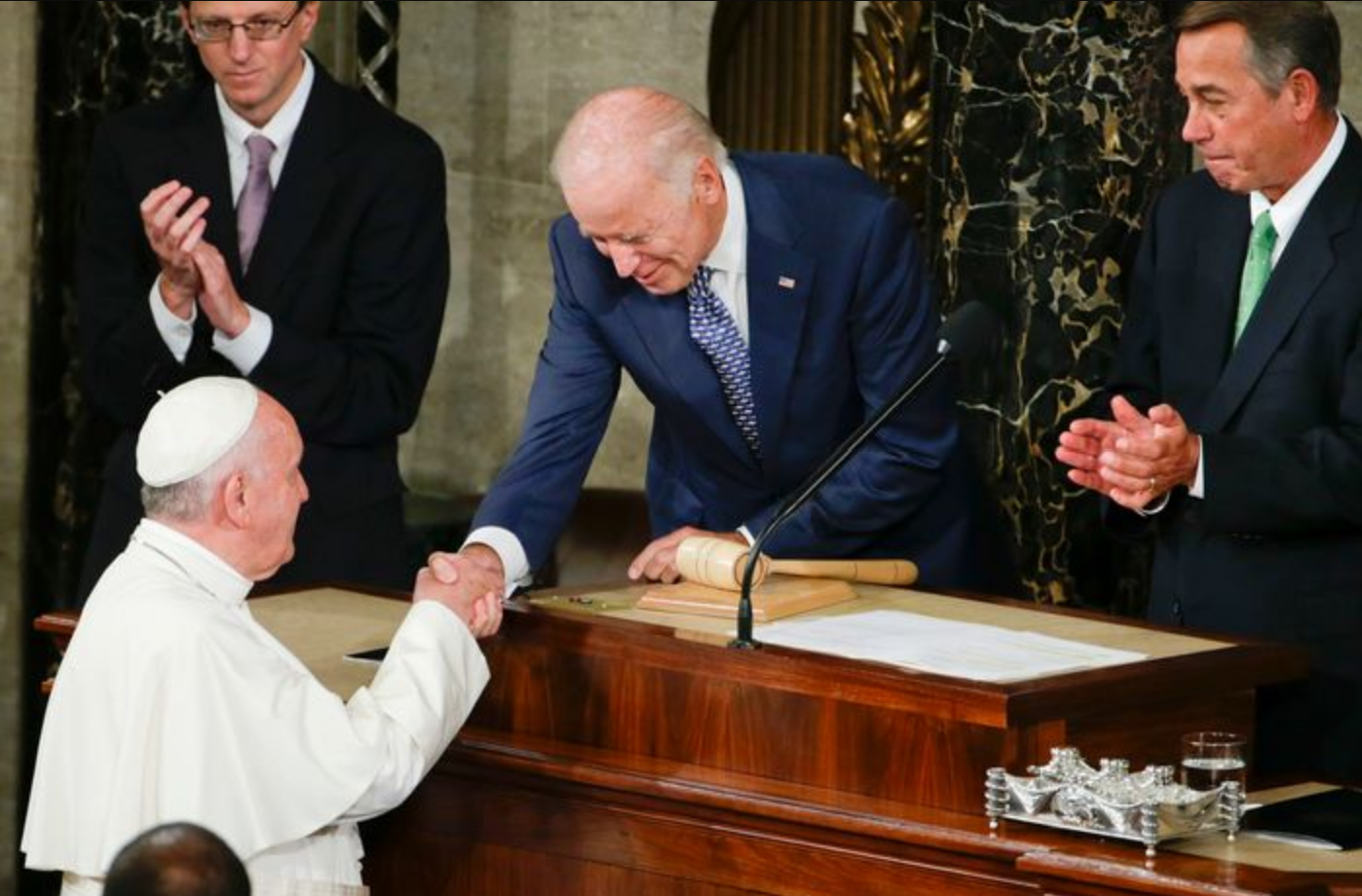 On October 28th, Pope Francis broadcast a message on BBC’s radio to highlight that world leaders must take “radical” steps to address the growing troubles of climate change: a central issue of Francis’s papacy. Francis’s message comes hours before his anticipated meeting with U.S. President Joe Biden, whose ambitious goals of curbing climate change have stalled in the U.S. The meeting between the two world leaders may prompt Biden to actively push for such reforms and goals.

Nevertheless, for Biden personally, the conference with Pope Francis is symbolically significant. While several American Church leaders have had tense relationships with Biden, in part because of his support for abortion and gay rights, and continue to pressure the Pope to deny him access to communion, Francis and other Vatican officials’ open reception of the President stand in stark contrast. Despite not being in complete agreement with Biden’s policies, Francis has warmly expressed hopes in the present administration, affirming that President Biden is not a foe but a friend of the Catholic Church.

Currently, both Francis and Biden look forward to the 26th United Nations Climate Change Conference (CPM or COP) meeting in Glasgow, where international leaders across the world meet to accelerate the goals of the Paris Agreement, and the UN convention on climate change.

To provide a brief history of the Paris Agreement—  a treaty that outlines the goal of drastically reducing global greenhouse gas emissions— and the events that led to the present, the international treaty was negotiated by 196 countries in the 2015 COP 21 meeting. By November 4th of 2016, the treaty was put into action; however, in 2017, former President Donald Trump announced the United States’ withdrawal from the Paris Agreement, citing it as a “disaster” for America. Three years later, the U.S. would formally leave the Paris Accords. Even so, current President Joe Biden seems to have opposite plans, claiming in his first presidential debate that the Paris Accords, without U.S. participation, are “falling apart” and pointing to the unchecked destruction of Brazil’s rainforests, happening as a result from the absence of U.S. diplomatic leadership, as proof of that. Within a day of being in office, Joe Biden signed the executive order to have the U.S. re-enter the Paris Agreement. The significance of this lies with the continued promise of reducing carbon emissions by about 25% by 2025. Still, NPR says the country is on track to only reduce 17% of carbon emissions.

Although the U.S. is currently not the lead producer in emissions (China passed the U.S. in global emissions in 2006), no other country has emitted more cumulative carbon dioxide into the atmosphere since the Industrial Era. And despite U.S. emissions falling, in 2020 there were 22 major climate-driven disasters— costing $1 billion in damages— ranging from extensive wildfires to heavy floods.

However, the meeting at Glasgow ended on a positive note, with agreements and tougher pledges among 200 countries made to accelerate the fight against climate change. As voiced by CNBC, significant accomplishments include “new pledges on methane gas pollution, deforestation, coal financing, as well as completion of long-awaited rules on carbon trading and a notable U.S.-China deal.” Moreover, more than 100 countries have joined the U.S. and the European Union coalition to reduce 30% of 2020 methane gas levels by 2030. Methane is reportedly 25 times more potent than carbon dioxide at trapping heat in the atmosphere.

Perhaps one of the most surprising commitments comes from the cooperation between China and the U.S. to prevent global warming from surpassing 1.5 degrees Celsius— the safest climate harbor that humanity could reach. Currently, the planet has heated up by 1.1 degrees Celsius as a result of 200 years of continuous carbon emissions, and according to The Guardian, “the past 10 years was the Earth’s hottest decade since measurements began.” Should the world fail to reach the 1.5 degrees Celsius zone, the consequences of slipping by even half a degree would be disastrous. At an increase of just 2 degrees Celsius, around 420 million people will be frequently exposed to heat waves, the likelihood of droughts would dramatically increase, hunger and poverty would rise most notably in poorer countries, and millions of species and ecosystems would be eradicated. Presently, the world is on the path to becoming 2.7C hotter, which means drought lengths will rise from an average of two months to ten, wildfire areas double, and ice-free summers in the Arctic would become a normal occurrence. Suppose the environment is carelessly regarded by the rest of the world, at an increase of 4C, the scene would look apocalyptic, with ⅔ of plants, insects, and invertebrates losing more than half of their climatic range and forests, wetlands, and nature-abundant regions looking entirely unrecognizable.

If humanity chooses to ignore climate change, then it would mean an imminent end to the world today. This means all people still have to do their part in minimizing carbon emissions and playing an active role in their respective legislations to bring about the correct and positive environmental policies.