As the lyric “Pa arriba esa bandera” replays over and over in my head, I am filled with pride and gratitude for the people who are paving the way in spaces that people like me were excluded from

Chelsea Pujols
and
June 24, 2021
in
Personal Narrative
Courtesy of BBC 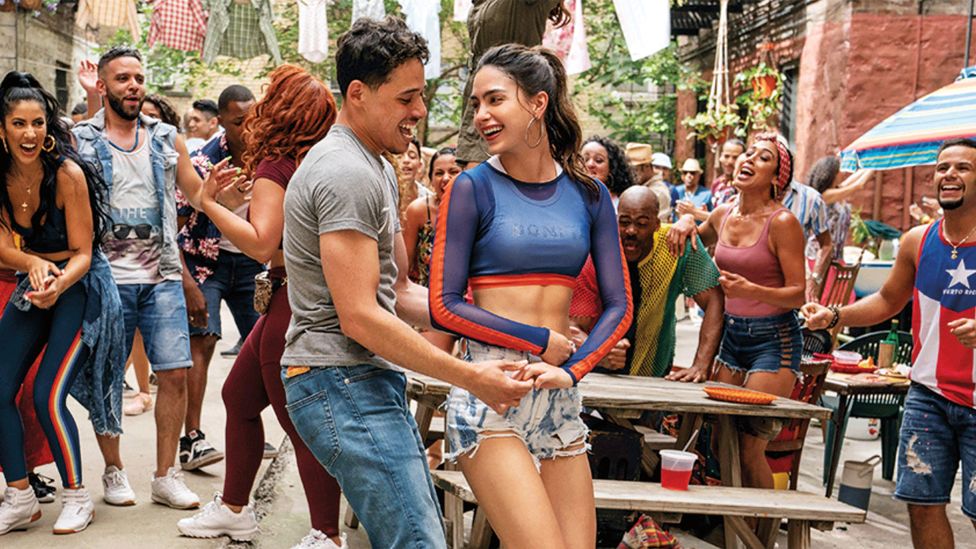 I remember the Hamilton craze like it was yesterday. I was in middle school, hearing everyone yell “ELIZAAAA” in the hallways and trying to rap as fast as Alexander Hamilton (or Lin Manuel Miranda) could. But it was only until my junior year of high school that I was able to look past the scandalous love triangle between Eliza, Alexander Hamilton, and Angelica and all of Hamilton’s chisme to fully realize the power of lyrics like “Immigrants, we get the job done” in a Broadway musical.

As a current senior, I have realized that it is a privilege to watch someone like Lin Manuel Miranda rise to fame. I cannot describe to you the hope his work brings me, to see a Puertorican who grew up in the heights who loves the morir soñandos of my country win countless awards and to be loved by so many people in a world filled with so much hate - it is truly a heartwarming sight.

Senior year me was also brought to tears from watching the trailer for Miranda’s newest film, “In The Heights.” Already having all the admiration for his work, seeing my Dominican flag in the trailer was a truly incredible moment. For so long, I was made fun of being Dominican: being told that I spoke the wrong accent, that I was too “ghetto,” too loud, being called a gold digger or chapiadora, even being told that I have curly hair because I don’t shower, and many many more destructive stereotypes heard. Seeing people speak in my accent, use my slang, and who look like me was a feeling of relief, validation, and hope I can’t recall feeling after watching something in the media before.

The song “Carnaval del Barrio” is also a song that I used to look at as a fun song-which it still very much is-but it is now a song of hope for me. As I move on to college and meet people who don’t look like me, who don’t speak in my accent or in my slang, and that will possibly exclude me or hate me for being different, the lyrics “Maybe this neighborhood's changing forever/

Maybe tonight is our last night together/ However!/ How do you wanna face it?/ Do you wanna waste it/ When the end is so close you can taste it?/ Y'all go cry with your head in the sand/I'm a fly this flag that I got in my hand” fills my skin with goosebumps as I realize the responsibility of carrying my culture and town of West New York everywhere I go.

As the lyric “Pa arriba esa bandera” replays over and over in my head, I am filled with pride and gratitude for the people who are paving the way in spaces that people like me were excluded from, especially in the iconic and bright big screen of a movie theater and television screen. So from Hamilton to In the Heights, thank you, Lin Manuel Miranda.

How Hard It Must Be For You! (Extended)