According to Brown’s lawyers, Cyntoia Brown was raped and forced into sex-trafficking by a pimp known as “KutThroat.” 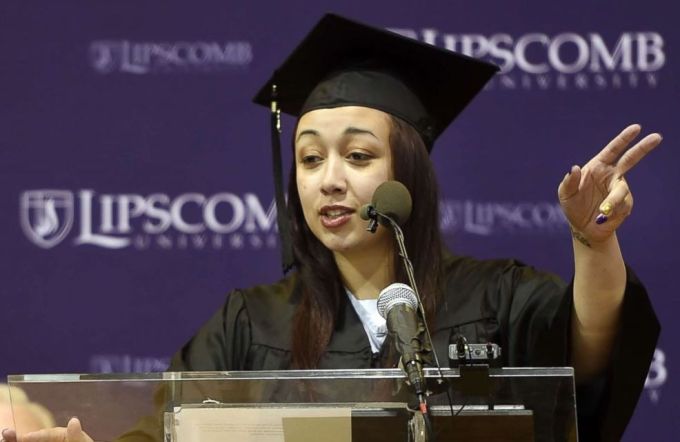 Justice —the principle of right action— is an idea central to the foundations of the United States. Many claim that its presence can no longer be felt today after the numerous events we have recently had to witness in different sectors of American society.  The case of Cyntoia Brown further strengthens this disheartening claim. But what makes her story different from other convictions?

According to Brown’s lawyers, Cyntoia Brown was raped and forced into sex-trafficking by a pimp known as “KutThroat.”  While living in a motel with KutThroat, she had been repeatedly raped and drugged by several different clients, the most notable one being Johnny Allen.  In 2004, Allen solicited Brown for sex. However, after seeing him reaching under his bed, Brown shot him, under the impression that he had intentions of shooting her.  While this seemingly was a clear example of self-defense, many were shocked and disgusted once they find out that Cyntoia Brown was sentenced to life in prison in 2006.   Best said by Brown herself, the life sentence is a “cruel and unusual punishment.”

Cyntoia Brown’s case, while relatively old, has resurfaced on social media several times since the conviction.  The first time the case came back to light was arguably in 2017 when global superstar Rihanna posted an Instagram text-post describing Brown’s history and sentencing.  Other celebrities like Kim Kardashian have voiced out their support for the release of Brown since then as well.  The case resurfaced again on December 6th of 2018 when the Tennessee Supreme Court put out a statement saying that Brown could only be eligible for parole after serving 51 years in prison.  The announcement sparked outrage within countless different individuals and organizations, including the Women’s March organization.  Across the country, people posted comparisons of Brown's case and that of rapists that either walked free or were sentenced to less time in prison, saying #FreeCyntoiaBrown. Hopefully, as support is so visible and significant for her case, Brown is not a lost cause.

Time and again, we are reminded as citizens that our justice system is flawed. Powerful and privileged individuals are acquitted for grave & self-indulgent crimes while members of minority groups are left to bite the dust.  We have seen rapists, abusers, and murderers get away with their crimes and regularly be justified and apologized to, but we draw the line on a sex-trafficking survivor’s self-retaliation?

A world that constantly conspires against the innocent too easily feels hopeless. We must keep in mind that we are still far from powerless.  The fight against injustice in the country we all love and cherish is far too important to give up on now. Keep fighting the good fight— our voices have the power to make invaluable change.