Éléonore Laloux is making waves in the small French town of Arras as the first and only person with Down syndrome to be elected to public office.

Brooke Elliott
and
December 17, 2021
in
Representation
Courtesy of The Times 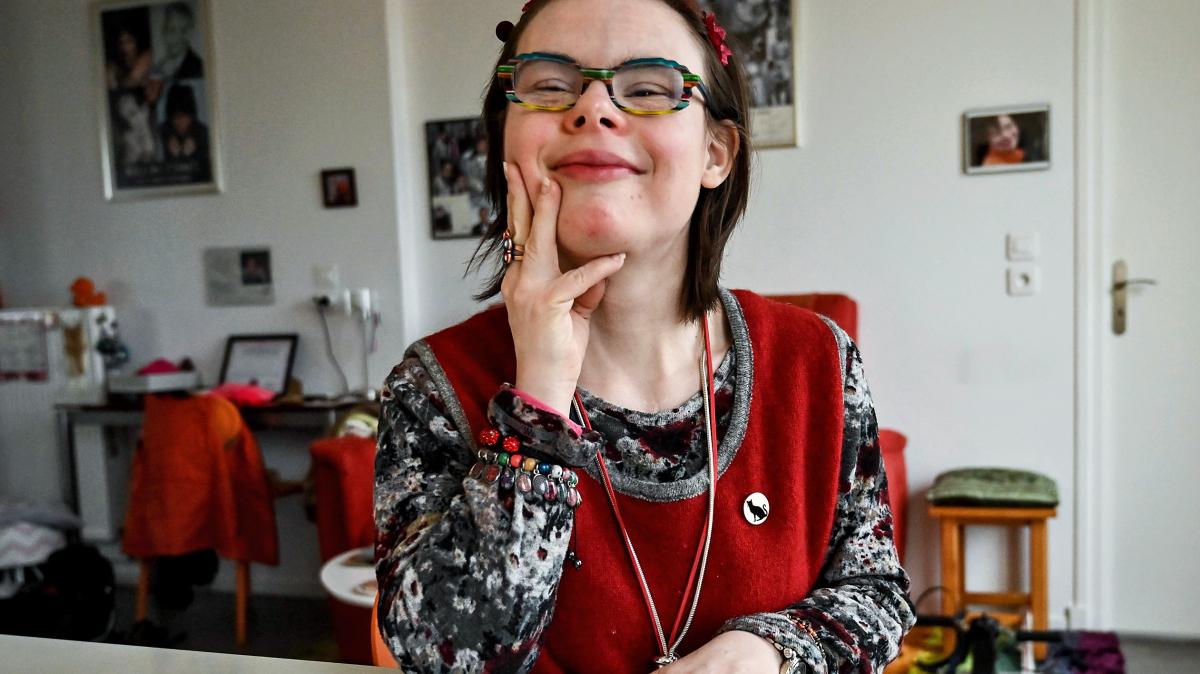 Éléonore Laloux is making waves in the small French town of Arras as the first and only person with Down syndrome to be elected to public office. The 34-year-old visionary leads inclusion and happiness in her community, and by all accounts brings her unique perspective and energy to the job in remarkable ways. “Inclusion isn’t something that we just think about; it’s not a generous act. It’s our duty,” Mr. Leturque, who saw potential in the hopeful last year when he nominated her for the position, says of Laloux. “Eléonore has helped the entire town progress in terms of how we see disability.”

She received the National Order Merit last month, which is the second-highest national order after the Legion of honor in the country. This honor is by all means well deserved—Laloux uses her time on the city council thinking up new ways for the city to bring inclusivity and accessibility to all aspects of life. Her latest implementation involved the concept of a “nudge”. This Amsterdam-born idea utilizes colorful and playful reminders to help keep their city clean. A picture of a basketball hoop sits above garbage cans throughout the beautiful community.

Laloux has lived on her own since the age of 24, and outside of the office, her hobbies include cooking, theater, and playing the electric guitar. Others in the Arras political scene credit her grounding presence for the comfort she brings to the office. She has her sights set on building a dog park for her community, but right now her schedule consists of improving everyday life in Arras.

Three of her ideas have passed through the council and are ready to be implemented in the community, all tying in inclusivity and accessibility. For those with hearing or visual impairments, stop lights will now be equipped with verbal countdowns for waiting or walking. For children or those in wheelchairs, street signs are being placed around the city at a lower vantage point for easier visibility. Arras will also be hosting its first “incluthon” next summer, which unites people from all walks of life in sports and activities that are inclusive to people of all abilities.

Laloux is in a unique position because she is the first French official to be elected with a visible disability. This gives her the platform she needs to raise not only awareness but also acceptance. She sets an example for her community, both abled and disabled alike, through her passion and drives. Her mere presence in a position of power shows children around the world that a disability does not limit a person’s potential, and that with hard work anyone can achieve anything. Children across the world with Down syndrome now have a role model to look up to, one who isn’t ashamed of her disability in the slightest. It’s a tool she uses to make her community a better place, seeing as she’s able to understand the issues abled people might only hear about. The importance of having such a person is unparalleled, and we can only hope that others, both in France and throughout the world, will look to Éléonore Laloux as a beacon of hope for the future of inclusion in politics.