In Tajikistan, social media has acted as a catalyst for sustainable change to occur

Luodi Wang
and
November 4, 2020
in
Tech
Courtesy of Luke Economidis via Medium 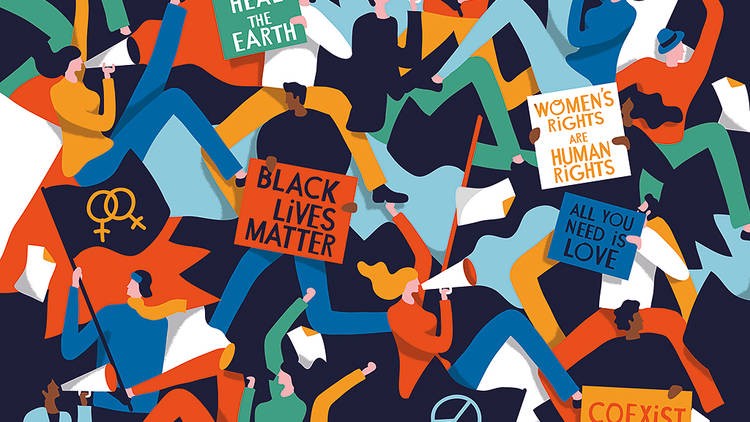 In more cases than not, the fear to express self-identity is what prevents society from social advancement. Imagine if we could detach ourselves from this psychological restraint and just be ourselves, all the time, without restriction. That’s freedom, real freedom. It’s not always in our ability to undermine the regimes of authoritarian dictators who push political propaganda into our minds, but what they cannot control is our freedom to access and spread information on virtual platforms. These platforms can serve as independent user experiences that give each an opportunity to see individual, unique stories- stories of pain and suffering, of celebration and jubilation.

In countries like Tajikistan, people are using social media to combat the suppression of individual voices, utilizing it as a platform of activism to free not just their own thoughts, but the voices of everyone in their country. Social media is being used in an attempt to restore a just and fair democratic process. Because of the opposition leaders’ large presence on the platforms of Youtube and Twitter in Belarus, protesting factory workers were riled up and demonstrated in peaceful yet strong protests calling for abusive president Luakshenko’s resignation. In Kyrgyzstan, the liberation of a prominent political prisoner after protestors demanded the replacement of the existing president was made possible through Instagram. In Artsakh, Azerbaijan, people are calling for a digital revolution on Twitter to end tyrannical rule in their country. We’ve seen the meteoric rise of anti-status-quo activists in the anti-establishment movement across countries in the Middle East and North Africa (MENA) region commencing in the Arab Spring through Twitter in the early 2010s, and now, Russian opposition leader Alex Navalny is gaining momentum in his push to topple the stereotypical norms in Siberia and Tomask through his four million subscribers on YouTube, threatening Putin’s political dominance in a novel way. It’s not just through any one specific platform- it is the combined force of social media. The rapid spreading of videos, presenting footage of violence and beatings by police, and massive crowds for opposition leaders has once again led the path for the gradual demise of their tyranny.

Democracy has a fundamental need for open debate, and a healthy platform for people to discuss political ideas freely. Online platforms guarantee that opinions from any one side of the political spectrum are free to share and spread because there isn’t any limit on expressing individuality. Our hope for the improvement of lives for discriminated minorities will only become a reality when there is a proper acknowledgement of their mistreatments. The cyclical propaganda that authoritarian leaders use to cement their power is gradually being torn down by those who share stories, videos, and images of the wrongdoings committed by regimes across the world. It’s a process that allows people to see reality for themselves and come to their own conclusions, based on objective facts over political propaganda. Social media allows people to largely bypass malicious government misinformation, as a platform for a functional form of democracy on the internet. For many, basic rights aren’t guaranteed, and social media is the sole platform to express to others that change is not only possible, but necessary, and that people have more power than they know.

In the past decade, we’ve seen social media become a crucial channel for people to speak out on. Social media can serve as a gateway to freedom, reforming societies in the best interests of the people.

The “enemy of the people” is our wedge to make our voices become an influence in society. Humanity as a collective, regardless of individual identities, must come together and help those in pain or in need. This is a moment of reflection for how our communities should void the harmful, falsifying propaganda and unfounded conspiracy theories around the globe.

Social media can serve as a vehicle of progress, and this may only be the start of a new age of information.