Forced Marriage is Legal in the United States

There are people who have been forced into an underage marriage legally in America and many of us don’t even realize it.

Srilekha Cherukuvada
and
February 2, 2020
in
Activism
Courtesy of CBS News 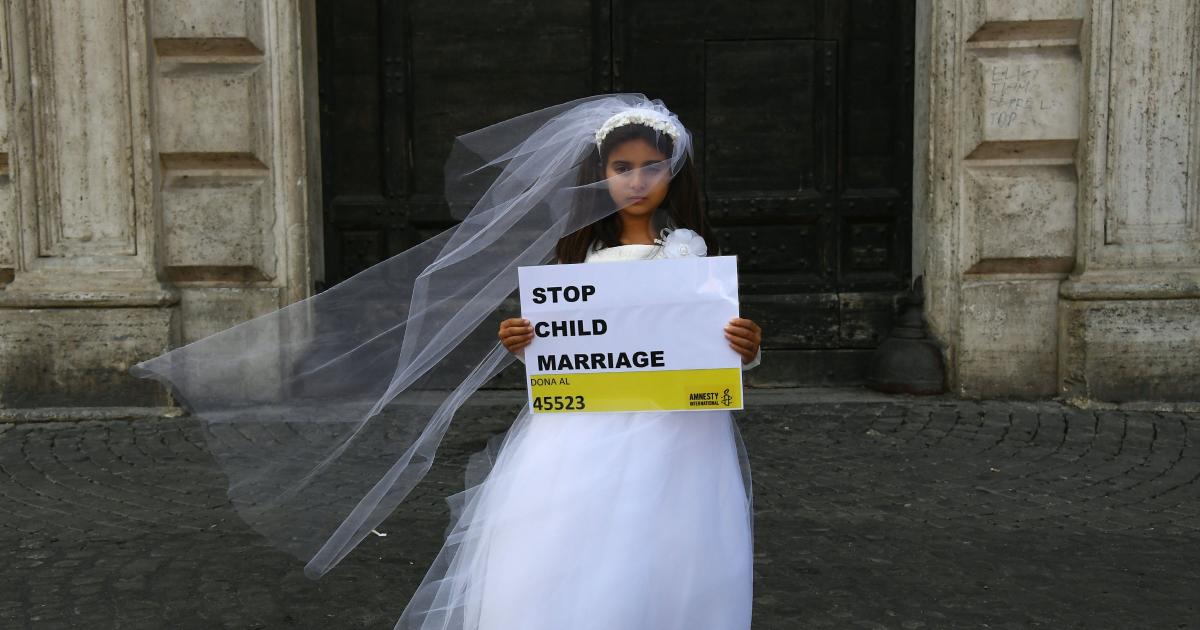 The right to choose who we love and who we spend the rest of our lives with has always been a fundamental right for most of us in the United States. Keyword: MOST. There are people who have been forced into an underage marriage legally in America, and many of us don’t even realize it.

According to Unchained at Last, the only organization fighting to stop forced and child marriage, about 248,000 children as young as 12 were married within one decade; 85% of whom were girls, mostly married to adult men. What’s even more horrifying is that this number only comes from the US. And these marriages were all legal. Worldwide, however, that number is exponentially larger, with 12 million girls who marry before the age of 18 every year. This is not culture. It’s abuse.

Meet Sara, one of the many victims of forced marriage. She lived a perfectly normal life and was planning to go into the airforce. She had dreams and ambitions. One summer, she went to visit her dad where she attended a religious conference. In the morning, she met a man who she was introduced to and was told to go talk to him. This wasn’t a boy, mind you; he was a 28 year old man. By the end of the night, Sara was married to him.

First off, imagine being 15 years old and told to talk in an implicitly sexual fashion to a 28 year old man. That’s almost twice her age. Within the span of one day, a young teenager was married to an older man. An underage girl. A non-consenting forced minor. Some might think well, how is this legal exactly? It seems so wrong to not have a law against forcing a child into marriage. It’s depriving a person of a proper childhood and subjecting them to statutory, and in most cases nonconsensual, rape. It’s forcing them to breathe, sleep, live with the same air as their assaulter.

Although the youngest age one can get married is 18, with parental consent, forced marriage is very much legal and occurs to a large extent. Moreover, it’s very difficult for those stuck in a forced marriage to get help because most of the time, it’s their own parents forcing them into it, and minors aren’t allowed to file for divorce without the help of an adult.

It’s not about how it’s still legal; it’s a question of why. Why are we allowing children to be forced into a relationship they don't need nor want? Why are we not fighting for a law to change this?

If we are still letting children lose their own human rights, what kind of society are we? If you know are someone being forced into marriage against their will, click here for more help. If you want to help with the cause of getting legislation passed against forced and/or underage marriage, join the movement by clicking here. Even better, form your own movement. There aren’t many organizations out there fighting for a change on this issue as many people aren’t educated about the issue enough. Help spread awareness and create your own petitions or organizations. A small effort helps a lot for a big cause.