A white woman is facing a felony assault charge after she was caught on video pointing a gun at a Black woman and her teenage daughter during an argument. 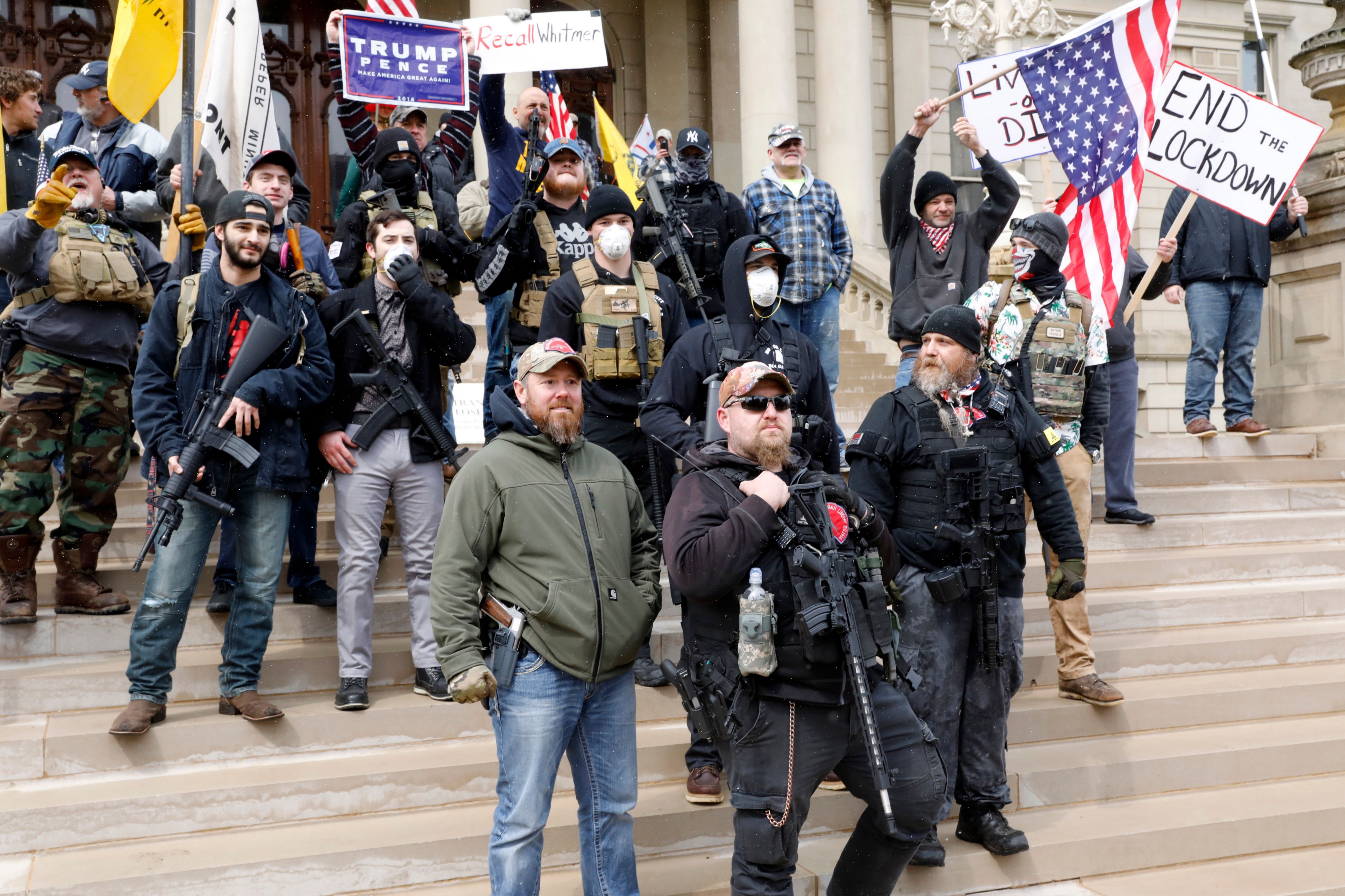 Recently, a video of a white woman (Jillian Wuesrenberg) alongside her husband (Eric Wuestenberg) pointing a gun at a black woman and her teenage daughter in the parking lot of a Chipotle in Orion Township, Michigan has circulated across the country. Takeli Hill, the woman who was threatened with the gun, said the confrontation erupted after the other woman bumped into her daughter. She noted that the argument escalated rapidly, transforming from an argument for an apology to accusations of racism, with a gun a few meters away from her, who was filming everything with her cell phone.

At a press conference after the incident, Sheriff Michael Bouchard of Oakland County, Michigan, said the woman who had pointed the gun and her husband had been charged with criminal assault, which carries a maximum penalty of four years in prison. "Any weapon that could cause serious and potentially deadly injury can be charged as a felonious assault." the sheriff said to explain why the couple faced those charges. The sheriff also noted that this couple had legal permission to carry weapons.

The video is still discussed today on social media, although the incident happened a few weeks ago; it shows us a reality that many have tried to ignore. Racism is entrenched in American society, white citizens continue to have privileges over others. They hide in them to abuse, discriminate, and attack other racial groups, in this case, African Americans. The law has been on the side of white Americans for many years; white privilege allows white people to infer rules and discriminate because they will not be held accountable for their actions due to having most institutions by their side.

The criminal justice system is proof of how white privilege comes into place. According to the 2014 study by Harvard Sociology Professor Elis Monk, Black people have, on average, a 36% chance of going to jail in their lifetime. He indicates that having dark skin increases this by 30%. Villanova researchers studied 12,000 cases of African American women incarcerated in North Carolina and found that light-skinned women received prison sentences that were 12% shorter than dark-skinned women. This shows that Black people are more likely to receive worst sentences for the same crime than their white counterparts, and even that Black people will sometimes be convicted while white people are not.

In April, hundreds of people protested at different state capitols, demanding the reopening of the economy. Many complained that some businesses had closed due to the spread of the coronavirus. What was most scandalous and caught the attention of many media outlets was that those “protestors” carried weapons of war like AR-15 while exhibiting violent behavior, and the police did not even warn them of the danger of their actions. In some states, such as Michigan, the protesters entered the capitol.

When news of George Floyd's tragic death spread, many decided to protest police brutality and systematic racism that Blacks have faced for years. Protestors were peaceful; some of them had signs calling for the police to be defunded. Many of them ended up being violently arrested; the police threw tear gas and shot rubber bullets that could have caused irreparable harm.

White privilege is real, and because of it, many people like Jillian Wuesrenberg feel they can threaten Black citizens. They know that they live in a society that unfortunately sees them as superiors, where they are not held responsible for most of their actions. Incredibly, this couple faces the charges they deserve. I hope this is a step towards a fairer society. We need reform now to transform our racist institutions and social structures that continually oppress people of color. The only way we can collectively achieve this change is if you vote this November 3rd; if you still can't, you tell your family members to vote for the candidate who will help build an America for all people.