A record number of women were in the running for president at the peak of the United States 2020 election. This record-breaking number? A whopping six. 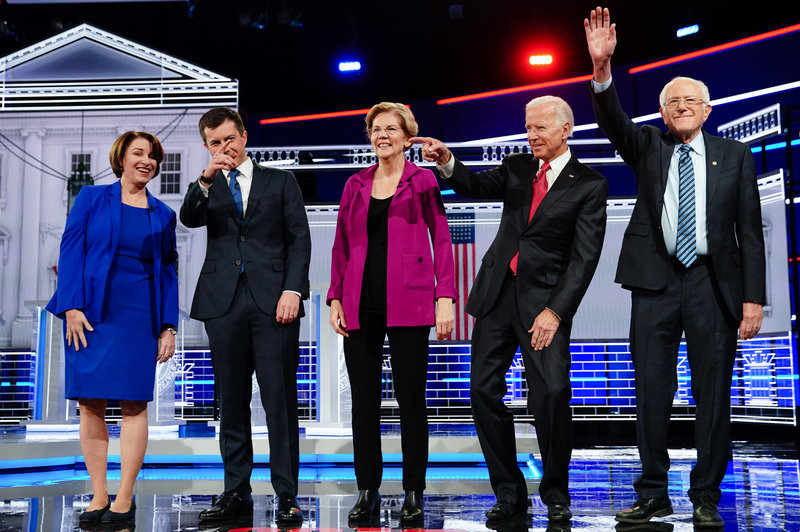 A record number of women were in the running for president at the peak of the United States 2020 election. This record number? A whopping six.

There are only three left after Harris, Williamson and Gillibrand dropped out. However, it still beats the previous record of two women competing in a major party’s primary.

While three may not seem like a groundbreaking number after 45 male leaders, the prospect of the country’s first female president is rightfully inciting conversation. Questions of whether a woman could win and whether she should win shroud the more relevant questions of why a woman has never won before and why, after centuries of presidential elections, the record is a mere two female candidates.

This conversation is complex, but it’s critical to have. It’s important to both celebrate the strides being made for women in politics and recognize that a record number of candidates doesn’t mean a diminished amount of discrimination or stereotypes.

As the three remaining women in the field fight to stay in the race through the stretch of democratic primaries, they utilize their positions as women in a political environment crowded with men making laws and decisions. Unlike Hillary Clinton in the 2016 election, they have other women to face. As reported by Vox, two female presidential candidates have not faced off in a televised presidential debate before this election. For the first time, voters will get to witness a far more nuanced conversation that showcases female perspectives in different lights.

However, despite it being one of the most diverse fields in US presidential history, there is still an embarrassing lack of representation of the most marginalized women in America. As of February 20th, no women of color qualified for democratic debates. It should also be noted that the highest polling candidates are still male and overwhelmingly white.

While men may still lead in the polls, both male and female politicians are being forced to confront women's rights and priorities in order to gratify their constituents. Politics have always been run by men and revolved around their interest, which is why this chance to have female voices in the highest office matters so much.

Female politicians bring a perspective that challenges the centuries of male-dominated political institutions and ideas. Compared to their male counterparts, women have the experience necessary to prioritize subjects like closing the gender wage gap, punishing domestic abusers, passing laws to protect survivors of sexual assault and harrassment and funding family planning services, as Nevada, who has the only female-majority legislature, has proven. Female politicians in Congress also tend to focus more on helping their communities and constituents: they are more likely to sponsor laws and be on committees that benefit their communities as well as bring more federal dollars to their community.

However, voters should acknowledge that one wealthy white woman becoming president would not erase centuries of oppression nor would it characterize women's liberation globally.

The new record for women running also does not mean that any of them will win. Generally, democratic women are more concerned about getting Trump out of office than electing another woman as president. Some are concerned that America won’t want to elect a female president, so they side with men who they think will have the popular vote. According to a 2018 Pew Research poll, two thirds of respondents said that it’s easier for a male candidate than a female candidate to be elected to higher office. Some are simply uncomfortable with the idea of women in positions of power. Stereotypes about female leadership are alive and thriving in the US, and the data proves it. Forbes reported that almost half of US men are “uncomfortable with a female president,” according to a 2019 survey.

As for what this election will mean for women across America, it may be more judicious to look at the bigger picture of female voters rather than candidates. While there may be only three female contenders in the 2020 race, women have had higher voter turnout than men since 1988. More women than men have voted in every election since 1964 and according to a survey by American University's Women & Politics Institute and the Barbara Lee Family Foundation, women (particularly women of color and young women) are expected to increase their participation and engagement in the 2020 election. Regardless of whether a female president is elected or not, women will likely be the ones deciding.

Women of color in particular are becoming eligible to vote and participating in politics at growing rates which is going to shift both the polling numbers and the conversations leading up to November. There is a notable distinction between women of color and white women in the polls, as demonstrated by the approximately 47% of white women who voted for Trump in the 2016 election and by the CNN exit polls that showed the overwhelming majority of black women voted for progressive candidates in the 2018 midterms and carried the votes for some of the first black, female congresswomen in places like Connecticut and Massachusetts.

Women as a whole have fought against countless policies that threaten them, their well-being and their basic rights. While the 45th male president was rolling back laws that worked to close the pay gap and ensure contraception is covered in employer healthcare, they were marching and protesting. As the ‘gag rule’ threatened women’s access to contraception and healthcare, including prevention for diseases like HIV and Zika, women were electing a record number of women to Congress. While high profile male politicians were dodging consequences for sexual harassment and misconduct, women were igniting a movement to demand dignity and accountability. Finally, America is starting to see the culmination of women’s work and activism take hold on a national scale.

In 2018, Congress saw the most women elected and now has one of the most racially diverse lineups of representatives ever. Women of color, first time elects and working class women all stepped up and took down incumbents. Now, we are seeing the most female contenders for president in a major party. But as the 2020 election is quickly proving, diversity isn’t always black and white. Women, women of color, women of lower incomes, single mothers, and young female politicians are certainly diversifying the field but they still face violence, exclusion and discrimnation.

For this reason, this election is not just about men and women being equal or identity politics. It is, at its core, about liberation, and it’s going to take more than just one person to get us to that point and undo centuries of oppression. However, breaking the glass ceiling in the White House is not a bad step.

Where Time’s Person of the Year Falls Short