At the college Nouvelles Frontières in Quebec, Canada, over 100 boys wore skirts in a protest against sexism and toxic masculinity 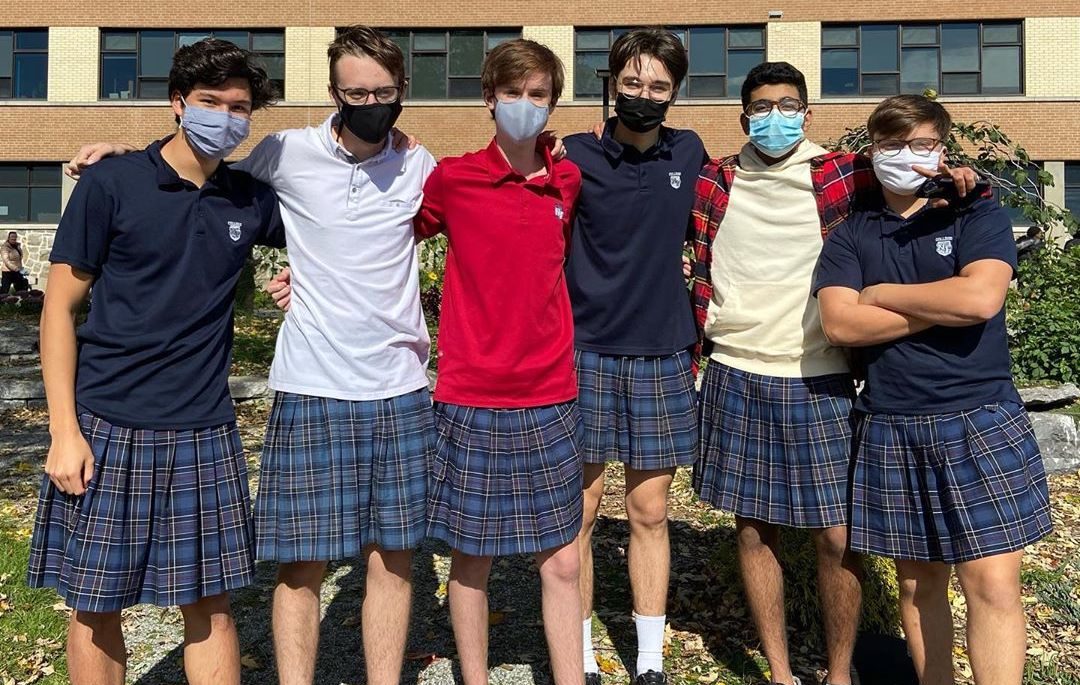 Though sexism and toxic masculinity generally affect women more severely, men are also directly affected. For example, when a woman wears pants, a piece of clothing traditionally associated with masculinity, not much is said about this because it’s not seen as a big deal. However, as soon as a man wears nail polish, a skirt, or even makeup, they are immediately shamed. They are seen as not masculine enough and feel pressured to prove their ‘manliness’ to others.

At the college Nouvelles Frontières in Quebec, Canada, Zachary Paulin, a student at the university, started a protest against sexism and toxic masculinity at his school after seeing boys doing the same in Montreal. He had told his friends if they wanted to join in and agreed. He certainly wasn’t expecting over 100 students to come to school in a skirt. The event received astounding praise on social media with the boys posting their pictures on Instagram. One of the boys commented, “We’re in 2020, we should be open-minded and fight to end discrimination, homophobia, and sexism. That’s what our skirts represent.” It’s incredibly inspiring and heartwarming to see these boys agree that we should accept people how they are and what they want to wear.

With protests like these, we are one step closer to ending toxic masculinity. Men are pressured by society to maintain a masculine image. They are told to keep their feelings in and to not show weakness. They are told to not wear nail polish or the color pink. Society sees a man in a dress or a skirt and will assume his sexual orientation or think that he’s not a “real man”. Ultimately, any person, regardless of gender, should be allowed to wear what they want and love who they want free from judgment.

Girls themselves have faced this similar discrimination. Not when they wear pants, but when they wear a skirt that may be deemed “too short,” it’s often said that she is being a distraction to boys. Girls are told it is inappropriate to show that much skin. When these boys wore skirts to school, they hoped to make a statement and stand up for the boys and girls who feel like they can’t wear what they want for fear of discrimination.

This protest was one that spread love, equality, and acceptance.  The protesters were striving to make a difference in this world.  So let men be feminine, let them wear nail polish, wear a blouse or skirt—at the end of the day, they should be able to express themselves however they choose.