As the Dominican Republic’s independence month approaches, I find myself still shackled by insecurity and doubt - even if the chains of my people were broken 177 years ago 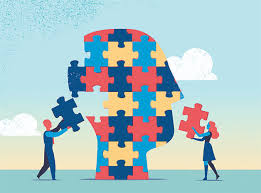 As the Dominican Republic’s independence month approaches, I find myself still shackled by insecurity and doubt - even if the chains of my people were broken 177 years ago.

My appearance is continuously in the midst of war. My hair could be considered the most beloved solider, the Captain America or the Juan Pablo Duarte of my identity crisis. The Dominican springy curls towards the back of my head, the confused looser waves reaching the middle of my head, and the most affected casualties at the front: strands of hair damaged by the American hair straightener.

I’d say my skin is the least affected soldier in this war of different climates, it is untouched by the Caribbean sun, unfamiliar with the salty air of Dominican territory: a novice in the battles of my culture. If you’re familiar with Marvel movies or comics, my complexion is definitely Steve Rogers before the super-soldier serum: weak, naive, and unknowing of the harshness of war.

I consider my mind to be the anxious civilian, easily the most affected character on the cultural battlefield. Although it is not on the front lines, it is the one that is impacted the most. It is the one who watches the news trembling in fear, the one affected by rationing and poverty, the one who sees and hears all: the protests against the war, the advocacy for the war, the contrasting sides of “This is America!” and “¡Tu no eres gringa!”‍

Every war has a beginning: some catastrophic argument or disagreement, a misinterpreted act of diplomacy, an action caused by fear - the list goes on and on. But how does a made-up war between two countries thousands of miles away in some teenage girl’s identity begin? Allow me to introduce to you: American society.

Like many BIPOC, I can not remember seeing someone like me on TV growing up, I considered myself lucky if I even heard the word “Dominican” on TV. I only remember flashy hoop earrings, high heels that seemed like skyscrapers to my young eyes, and bursts of the color red on a caramel-skinned girl with an offensive accent and aggressive attitude: a racist caricature that convinced me that that was all I could be to the lustful eyes of America.  I remember looking at myself in the mirror thinking: ‍

No, I’m too light. I don’t look exotic enough.

Where are my hips?

When are my Dominican curves supposed to show up on my body? Did I miss some sort of deadline? ‍

And on the other corner, I present to you: even more uncertainty and confusion from the Dominican Republic. Everyone knows that not knowing the territory you’re fighting in is a huge disadvantage, just ask the British in the Revolutionary War. As we all know, history repeats itself, and imaginary wars are not exempt from this narrative. ‍

What do you mean you’ve never been to DR?

You were born in the United States?

What kind of a name is Chelsea? How do you even pronounce it? ‍

War is cold, brutal, and heartless. We all know its effects, and we all know how we are still reeling from them. Poverty, division, trauma: the lingering ghosts from the guns fired thousands of miles away.

But what happens when the war you are facing isn’t on land? Is there some sort of mental peace treaty? Monetary exchange? Is a white flag going to be raised?

War can also be beautiful. We have seen it in our textbooks: worried wives writing love letters to their brave soldier husbands, neighbors lending a helping hand, posters and commercials encouraging strength, flags waving proudly in the air of nationalism and pride - the diamond in the rough of destruction.

After 18 years of having the cities inside me destroyed by the bullets of my own uncertainty, I have decided it is time for peace. However, this does not mean it is time to rejoice and celebrate that the war is over, or immediately proceed to happier times. It is time to rebuild.

But if the war is over, then who won? Who gets to feel superior, to sing and dance in the streets, with lungs filled with dust and pride? Who gets to carry the title of the victor, to be marked in all history books for all to read?

The girl who was born en el Alto Manhattan wins. The one who was raised in New Jersey, who has heard the lullabies of both Romeo Santos and Beyonce at night. Whose belly is full of mangu and la bandera but also french fries and pizza. The one who was made fun of by Spanish teachers for her weird mix of Spanish and English, and her “incorrect” Dominican accent. She wins.

And she will rebuild. She will love the battlefield that is her hair, the wonky curls, waves, and random strands of straight hair that flow in the cold New Jersey wind. She will cherish the skin that tans too quickly in the West New York sun, and burns instantly in the Florida one. And most importantly, she will learn to coexist with her mind, a perfect storm of high and lows.

The cities that were once sunken in the ashes of despair will one day sparkle with the rays of victory, and will shine with the sparkles of security. The buildings destroyed by the bullets of doubt and the bombs of questioning will be stacked up higher ever than they ever were before.

Chelsea Pujols, a name that is strange to some but basic to others, wins.

Chelsea Pujols, an 18-year-old Dominican American who celebrates her own independence, has won.