Fighting Ignorance as a Muslim Teen

Stereotypes are something that I have sadly dealt with all my life. I think I face them so often because I refuse to conform to the societal definitions or stereotypes of what a certain type of person should be.

Ziad Ahmed
and
February 23, 2020
in
Activism
Courtesy of Times of Malta 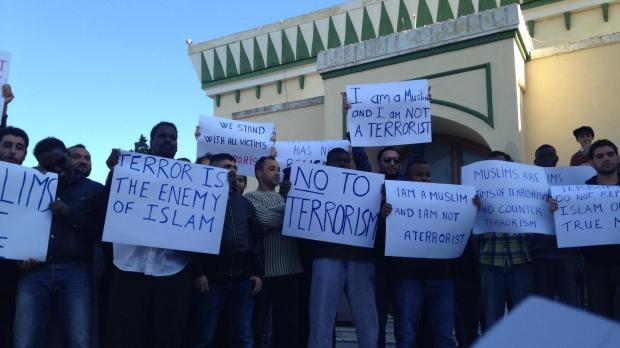 Stereotypes are something that I have sadly dealt with all my life. I think I face them so often because I refuse to conform to the societal definitions or stereotypes of what a certain type of person should be.

I am a Muslim and I am a pacifist and opposed to war. I am a Bangladeshi, but I am an American in my nationality and who I am. I am a straight guy, but one who does not buy into the idea that a boy has to be solely masculine.

Society can be harsh. I get teased for my religion, race, and flamboyancy daily. It’s funny though because I have found the general perception of what a group of people should be generally is the exact opposite of what the majority are. I have found that ignorance is one thing that bothers me most.

I cannot tell you how many times people have came up to me and said just blatantly ignorant comments. I have learned to cope and respond with patience and intelligence. I attempt to explain that the majority of Muslims are peaceful normal people just like anyone else. I attempt to explain that Bangladesh is in fact it’s own country and it is a civilized nation. I attempt to explain that I have just been brought up in a household of three girls and I am just as much of a man regardless of the fact that I don’t conform to the stereotypical image of the male gender, which is ironic because gender itself is a social construct.

It baffles me though, because I shouldn’t have to offer these explanations and the world shouldn’t be so polluted with ignorance and false preconceived notions. I don’t understand why in a world that is so diverse that we cannot just all see the humanity in one another and just accept. Acceptance and a positive perspective can achieve so much. I dream in a world for my children where they don’t have to offer explanations for who they are, and they can just freely be who they are.