Fighting Anti-Semitism and Holding Ourselves Accountable for a Brighter Future

DeSean Jackson. One of the many popular figures in the media today being held accountable for his actions... or not? 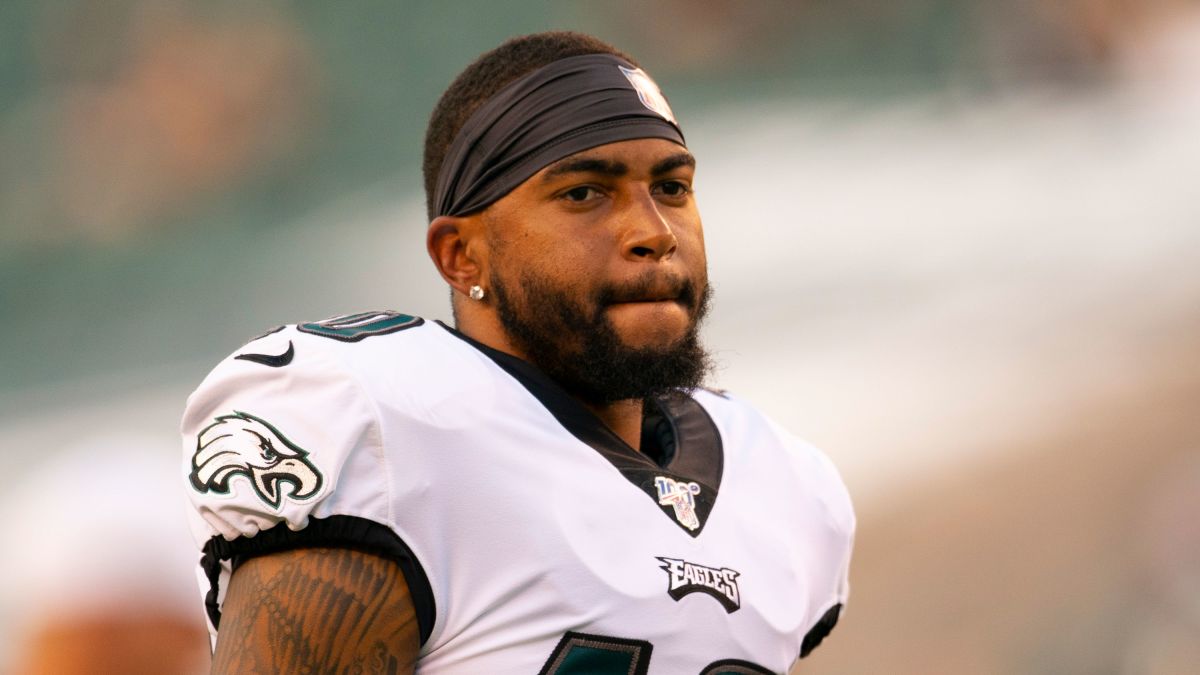 DeSean Jackson. One of the many popular figures in the media today being held accountable for his actions... or not? For those who do not watch the NFL, this may be the first time DeSean Jackson’s name has come up, he is a wide receiver on the Philadelphia Eagles who recently committed anti-Semitic acts of injustice. He posted a screenshot of a passage, under false pretenses that it was attributed to Hitler declaring that white jews, “will blackmail America. [They] will extort America, their plan for world domination won’t work if the Negroes know who they were.” The passage—which has been attributed to various writers—went on to say that “Negroes are the real Children of Israel.” As of yet, it is unclear what motivated Jackson to post such a horrific quote. It’s possible that he was trying to empower the Black community, but regardless of his intention, the author of the quote and meaning of the phrase are both anti-Semitic.

In addition, Hitler not only despised Jews, but he advocated against Black people and many other minorities as well; it’s irrational to support a quote that is contradicting the very message Jackson is trying to portray. Hitler stood for the exact opposite ideology. Jackson also shared quotes from a speech made by the leader of the Nation of Islam, Louis Farrakhan, who has a history of hostility towards the Jewish community. Due to Jackson’s multiple posts on social media appraising anti-Semitism, many of his 1.4 million followers are unclear on his standing regarding Jewish people. After examining his actions, we must consider the deeper inquiry: Are these posts just two ignorant mistakes or an intentional account of anti-Semitism?

After understanding the gravity of the situation, Jackson used his social media and private discussions to apologize to Jeffrey Lurie, the Philadelphia Eagles team owner, Howie Roseman, the team’s general manager, and Doug Pederson, the head coach. In his response on the internet, Jackson claimed,  “I post a lot of things that are sent to me. I do not have hatred towards anyone. I really didn’t realize what this passage was saying. Hitler has caused terrible pain to Jewish people like the pain African-Americans have suffered. We should be together fighting anti-Semitism and racism. This was a mistake to post this and I truly apologize for posting it and sorry for any hurt I have caused.” So, now we must consider: is this apology sincere enough to avoid suspension or being cut from the team? In any case, whatever the punishment may be, Jackson and many others like him need to be held accountable.

Since Jackson’s statements, the Eagles organization has fined him an undisclosed amount and issued a statement saying the posts were “absolutely appalling.” The team only made a vague promise to evaluate the circumstances and take appropriate action; however, without action, these phrases carry very little meaning and sincerity. In addition, the NFL commented that Jackson’s comments were “highly inappropriate.” Due to the fact that DeSean Jackson himself is Black and America is experiencing a period of such astronomical change and national attention to the Black Lives Matter movement, Jackson’s followers are most likely reluctant to criticize him of racial discrimination. Sadly, anti-Semitism is incredibly normalized, which is why it’s hard to imagine that outcry over Jackson’s remarks would be as subdued if another minority group was being marginalized by a major public figure.

After his apology, some claimed that his actions were out of pure ignorance, and while that could very well be true, his apology can’t truly be sincere until he has made any strides to educate himself and become more aware about these issues. Jackson has reached out to a Philadelphia rabbi to further inform himself. He also met with a 94 year-old Holocaust survivor. It can be seen that Jackson has made an effort to better himself, but we must acknowledge that many others like him are oblivious to their anti-Semitic actions.

Each year since 1979, the Anti-Defamation League has published a report measuring the number of anti-semitic acts in the US. In 2017, they found that there were 1,986 reported incidents of anti-semitism, a 57% increase over the previous year and the biggest annual jump since they started tracking numbers. Additionally, in 2018, there was a 105% increase in the number of recorded physical assaults, including the deadliest attack on Jews in US history, at the Tree of Life synagogue in Pittsburgh. In 2019, the total number of incidents had a 12% increase over the last year with a 56% increase in physical assaults. Overall, an average of almost six anti-Semitic incidents occur every day. That comes out to around 2,190 incidents every year. In a report made by the FBI, they found that the majority of religiously motivated hate crimes in the United States are committed against Jewish people, which is disproportionate considering the fact that Jews make up less than 2% of the population.

In the case of DeSean Jackson, he is one person who has realized his past mistakes, but what about the other 328 million people in America? We need to stop these discriminatory trends by calling out anti-Semitism when we see it. Hate speech should never be normalized in an empathetic society. It is 2020, 41 years after the FBI started recording these hate crimes and, after all this country has gone through, after countless shouts of “never again,” the same racist and anti-Semitic behavior is still pervasive in our society? It is utterly disgusting. Jackson must be held accountable one way or another, and if he is not, a message will be sent to everyone like him that anti-Semitism is tolerable. In light of recent national events, it’s uplifting to see our society making strides to create equality for all races so let’s not make Jews the exception. It is always important to acknowledge that in order to earn liberation and equality, you can’t dehumanize other marginalized groups; otherwise, it places you on the side of the oppressor. You cannot center your own experience above others who have painful histories as well. Change will not happen as long as we allow this discrimination to be present. Let us, once and for all, learn from our mistakes and live in a country we are proud to call our home.