Female Directors. Where Are They?

Liv Hodgson
and
September 22, 2020
in
Women's Rights
Courtesy of the New York Times 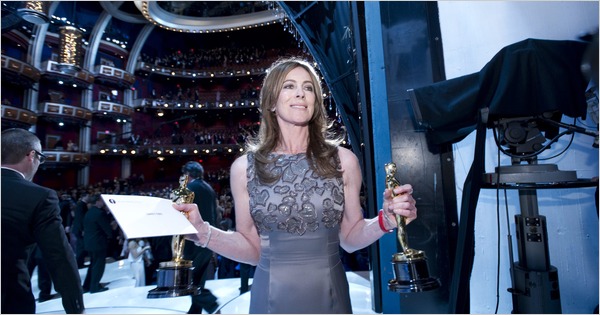 In May of 1929, the Academy of Motion Picture Arts and Sciences hosted its first Academy Awards ceremony. The award for Best Director has been presented at every ceremony since its first, honoring a total of 92 directors. Yet, out of all 92 directors, only one has ever been a woman. Kathryn Bigelow, who won in 2009 for her war film “The Hurt Locker”. Only five women have ever even been nominated.

So, where are the women in Hollywood? Nearly 50% of the students enrolled in New York University Tisch’s film program are women, which clearly shows that the problem isn’t a lack of female interest. Women want to work in film. Women want to be directors. Half of film students are female, yet in 2019, only 12% of the 100 highest grossing films were directed by women. Clearly evident in these statistics is a pattern of systemic discrimination against women in the film industry, an industry that has been notoriously run by men since its beginnings in the early 1900s.

Recently Amy Adrion directed and produced a documentary titled “Half the Picture, which explored female film directors and the inherent setbacks they face as a result of their gender. In the film, Adrion reveals how right off the bat, women are assumed to produce lower grossing films and are immediately given a lower budget. Lower budget films are less likely to do as well in the cinema. Thus, it becomes a cycle of women being given lower budgets, their movies doing poorly or average in the theaters, and as a result, they are given lower budgets again. Repeat, repeat, repeat.

The entire problem appears to lay in the fact that women just aren’t trusted to make money-making films, and when it comes down to it, Hollywood and the film industry has unfortunately been monopolized by money-hungry, male-led major studios. There’s a common assumption among these studio heads that women will only make films for and about women, which they presume to be a lack of a draw. Women in film, as directors or as main protagonists, are an immediate turnoff.

This seems to be changing. Film lovers and film professionals alike are becoming more apparent to the fact that women simply aren’t given the chance to prove their talents as directors. Greta Gerwig has made headlines recently with her Oscar nominated films Lady Bird (2017), and Little Women (2019). Ava DuVernay has garnered attention for her 2014 film Selma, and her 2016 documentary 13th. Yet, it still isn’t enough. The problem won’t be solved with a few breakout women. Women need to graduate from film school, or move out to LA in pursuit of their passion, knowing that their talent and their stories will be treated with the same trust and expectations that a man’s will be. Support of female-led films is essential. A complete and accurate representation of society through the lens of cinema will only contribute to an already incredibly important art form. Film tells the stories of the world. For too long, we haven’t let the whole world tell them.

It’s impossible to say how long it will take for it to truly be a leveled playing field amongst all genders and races in the film industry, but it does seem to be looking up for the better. And to all the young women out there who dream of pursuing a career in film - go for it and fight hard. Your stories are worth telling too.