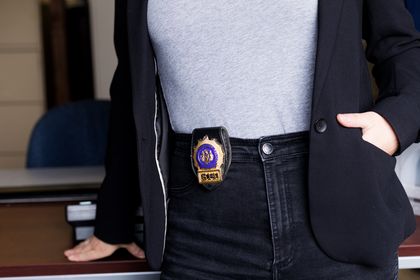 As America’s systems come under scrutiny for perpetuating injustice, yet another case of incompetence with damaging consequences has come to light. On September 10th, in Raleigh, North Carolina, police detective Omar Abdullah was revealed to have used a confidential informant, who provided misleading and deliberately fraudulent evidence, to wrongfully convict civilians in multiple drug cases. Abdullah had been previously celebrated as one of Raleigh’s best, and is currently on leave as an investigation continues. The informant promised to tip-off officers to local heroin dealers, but instead brought suspicious footage of drug purchases with critical clips, such as the location and identity of the people in the video, which was doctored out or missing. Additionally, the informant presented a sample of a substance, meant to be evidence of illicit drug use, that drug labs found months later weren’t drugs at all.

Charges for fourteen defendants have been dropped, but only after months of jail time, joblessness, and profound frustration. Marcus Vanirvin was one of the defendants, and his mother stated that “It messed up his finances. It messed up his job. It messed up his nerves,” adding that “It’s very disappointing. You expect the system to work when the reality is the system is doing what it’s always done. It’s broke, and it’s been broken.”

More specifically within the “system,” the specific issue pertinent to this event is that of confidential informants. CIs formally originated as role in the 1900s, reinforced through 3 SCOTUS cases in the 1960s that set a precedent for police to maintain essentially free reign in using informants. The motivation behind this was to solve more cases without the stigma of “snitch culture” hanging over communities where gangs were prevalent, as well as to generally acquire evidence for, or substantiate, more crimes. In order to incentivize people to come forth, informants were paid, allowed to continue criminality to a degree, and had their identities protected by law. Obviously, informants can come forth and provide untrue information out of a slew of reasons outside of contributing to law and order: money, reduction of a sentence, dropping charges, and eliminating criminal or personal rivals.

Police today rely heavily on confidential informants when tracking down and solving cases, but there are inadequate mechanisms to identify when police officers or informants lie. For example, in the late 1950s, plain clothed officers raided a couple’s home in late 50s in Houston based on a CI, shooting and killing both the wife and husband after they tried to defend themselves using personal firearms. After the raid, no evidence of any drugs were found, although the officers had been granted the warrant based on the premise of illicit drug activity. It was found that the raid was based on only 2 pieces of evidence, which an officer attributed to a CI: phone call of parent’s concern and a narcotics officers’ description of a “controlled buy.” Later, it was made clear the officer was lying , and there was no evidence the CI ever existed. Because CI programs vary by state and municipality, when a CI program is allowed to operate without adequate controls, law enforcement can completely fabricate an informant’s existence with ulterior motives. However, police generally aren’t required to investigate to determine the confidential informant’s identity, even when they don’t know who it is.

CIs are used most in circumstances involving no-knock warrants, which are almost always hyper-aggressive and incorporate militarized tactics. In turn, drug warrants for no-knock raids have historically yielded very little or no evidence of illegal drug activity. Drug warrants have been enabled by US v. Shabani in 1994, when the SCOTUS eliminated the requirement for explicit proof that a conspirator committed an overt act in a drug conspiracy to violate the federal drug conspiracy statute. Essentially, this encouraged the government to convict defendants in drug cases solely through coconspirator testimony and hearsay, which opened the door further for people to pose as CIs. Instead of fortifying any verification measures alongside this new policy, greater protections came to CIs regarding their identity; these have been contested in light of the Sixth Amendment rights of confrontation and compulsory process, and the Fifth and Fourteenth Amendment requirements of due process of law. Many argue that the informer’s privilege of legal anonymity is null in the face of these constitutional verdicts and threaten the defendant's constitutional right to a fundamentally fair trial.

Ultimately, the proliferation of CIs over the past few decades has allowed malign incentives on the behalf of civilians and police officers to run rampant and unscrutinized. This is a result of both SCOTUS decisions and the relative independence of police departments in their policies and CI programs. Only with changes in legislation to reduce the laxness of CI disclosure in their identity and sources of information, perhaps enforcing a sort of oath of truthfulness, as well as a standardization of CI disclosure policies at least within a state, can CIs still be a valid source of information. It’s important to emphasize that not all misinformation is out of bad faith on CIs’ part, and not all misuse of misinformation is out bad faith on police officers’ part. However, if their mistakes have malignant consequences on others, they must be held accountable through a fine and/or jail time, the severity of which ideally corresponds to the severity of the damage they inflicted on others. This particular case of CIs most likely will not spur substantial change, since it was localized and affected relatively few people for relatively short periods of time, but is still a window into a larger problem in the criminal justice system.