Facing Prejudice as an American-Bangladeshi-Muslim Girl

The author explores their perspective as an American Bangladeshi Muslim facing discrimination.

and
Inaya Ahmed
November 1, 2020
in
Personal Narrative
Courtesy of Belakhan.com 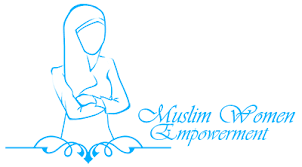 I have been asked many times, “Where are you from?” This is a polite and perfectly okay question to ask. I always reply, “Princeton, New Jersey.” I often receive the reply, “No, where are you really from?” I know what these people intend to ask me: They intend to ask where I am ethnically from.  I try to ignore it, but ultimately, I am “really from” Princeton, New Jersey. I am an American-Bangladeshi-Muslim. Although I would never correct anyone for asking the wrong question, it most definitely bothers me. I was born and raised in the United States, so, yes, I am “really from” the United States.

My name is Inaya Ahmed. I am a Muslim-Bangladeshi-American girl. I believe that I have experienced quite a bit of both racism and sexism. For instance, I once made a careless error when planning something, and a man nearby said to me, “This is exactly why women can’t be managers.” I was quite taken aback by this comment and decided to speak up; I replied with “I apologize, I did make a mistake. Everyone makes mistakes: Both men and women make mistakes. One’s gender does not affect one’s ability to think logistically. Please take that into consideration.” On another occasion, when I was hanging out with some friends, one of my friends was attempting to give me a genuine compliment, and he said, “You’re really pretty, for a brown girl.” My response was “ummmm… thanks? I guess?” He could tell that I was very upset by his comment; he said to me, “Inaya, I really meant that as a compliment. I didn’t mean to offend you.” All in all, I WAS offended by this comment, not because I care to be pretty but because, why should the color of my skin affect how attractive I am?

I am almost positive that at one point or another everyone is affected by stereotyping.  My brother Ziad has a way with words that I do not have. He is always able to carefully articulate and express his points to people. Nonetheless, he has been a role model in my life and has showed me that you have to be able to fight for what you believe in. I am thankful that he has created redefy and that together as a team we can “redefy” stereotypes.