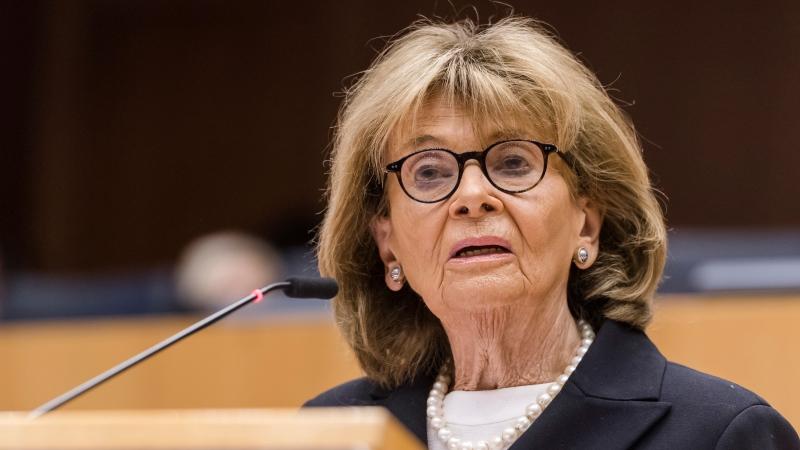 According to a recent analysis conducted by the Institute for Strategic Dialogue (ISD), a counter-extremism organization based in the United Kingdom, Facebook’s algorithm actively suggests Holocaust denial content. Historically, Holocaust denial has been weaponized as a means of attacking Jewish communities. The ISD’s research points out that when one searches the term “Holocaust” on Facebook, the platform offers links to Holocaust denial pages and groups, which have a combined number of 366,068 followers. The researchers also discovered approximately 2,300 pieces of content on Reddit mentioning “holohoax” - an offensive term used by Holocaust deniers, which blend the words ‘Holocaust’ and ‘hoax’. 19,000 pieces of similar content were found on Twitter and 9,500 pieces on YouTube, all of which were created between June 1, 2018 and July 22, 2020.

This report has rapidly spread amidst growing demand from Holocaust survivors to remove such content from Facebook’s algorithm. Launched in July earlier this year, survivors from around the world have lent their voices to the #NoDenyingIt campaign, targeting Facebook CEO Mark Zuckerberg and urging him to take necessary action to remove these posts. Arranged by the Conference on Jewish Material Claims against Germany, this campaign uses Facebook itself to present these appeals to Zuckerberg, posting one video every day urging him to remove the Holocaust-denying groups, pages and posts. The outrage of the Claims Conference and other survivors skyrocketed when Zuckerberg, in 2018, commented on the tech website Recode that posts denying the Nazi annihilation of 6 million Jews would not necessarily be removed. After further complaints following that, Zuckerberg, who is also Jewish, clarified that while he personally found “Holocaust denial deeply offensive”, he believed that “the best way to fight offensive bad speech is with good speech.” Following that, several representatives from Facebook have contacted the Claims Conference but the group, which arranges compensation payments from Germany for the Holocaust victims, says that Zuckerberg himself has refused to meet and discuss. A Facebook spokesperson was quoted stating to the Guardian, “We take down any post that celebrates, defends or attempts to justify the Holocaust. The same goes for any content that mocks Holocaust victims, accuses victims of lying, spews hate, or advocates for violence against Jewish people in any way,”

Eva Schloss, an Auschwitz survivor who currently lives in London, said, “In Germany or in Austria, people go to prison if they deny the Holocaust because they know it’s a lie, it’s libel”. She also recorded a message for Zuckerberg, “How can somebody really doubt it? Where are the 6 million people? There are tens of thousands of photos taken by the Nazis themselves. They were proud of what they were doing. They don’t deny it, they know they did it.” Another Holocaust survivor from Auschwitz, 92 year-old Aron Krell has shared his sentiment, saying, “There is enough anti-Semitism going around in the United States and in the whole world and we don’t need any extra platforms and we don’t need any extra people spreading more anti-Semitism. So I just appeal to Mr. Zuckerberg, please take them off your platform because it hurts us more than it hurts anybody else.”

In Eva Schloss’s case, her family escaped before the war from Vienna to the Netherlands, where she became friends with Anne Frank. When the German Army invaded the Netherlands, the Schloss and Frank families went into hiding; in 1944,  they were discovered by the Nazis separately, after a Dutch woman betrayed the Schloss family. Schloss and her mother survived Auschwitz, but her father and brother were killed; while Otto Frank, Anne’s father, was the only survivor of his immediate family. He later married Schloss’ mother after the war. Schloss has also added that she was separated from her mother when she was gassed, stating, “It was just every day, the chimneys were smoking, the smell of burning flesh. Can you imagine that feeling? I was 15 years old and I felt alone in the world and it was terrible.”

Gideon Taylor, the Claims Conference President, continues to fight this misinformation wherever it exists and thinks that it is far more serious than “just a technical issue”. On July 1, 2020, over 500 companies began an advertising boycott intended to pressure Facebook into taking a stronger stand against hate speech. Greg Schneider, the Claims Conference’s executive vice president said that the conference decided to launch its own campaign after the boycott didn’t seem to make a dent.

According to 87 year-old Charlotte Knobloch, a participant of the campaign and a Holocaust survivor, social media platforms have certain responsibilities - it is crucial for such sites to be wary about preventing denial because many younger people rely on them for information.

This serves as an important reminder to do our own research. Misinformation is extremely unhelpful and only serves to delegitimize a movement. We must always be diligent about the way that we consume our information.