Rohin Mishra
and
May 16, 2021
in
Black Lives Matter
Courtesy of Refinery29 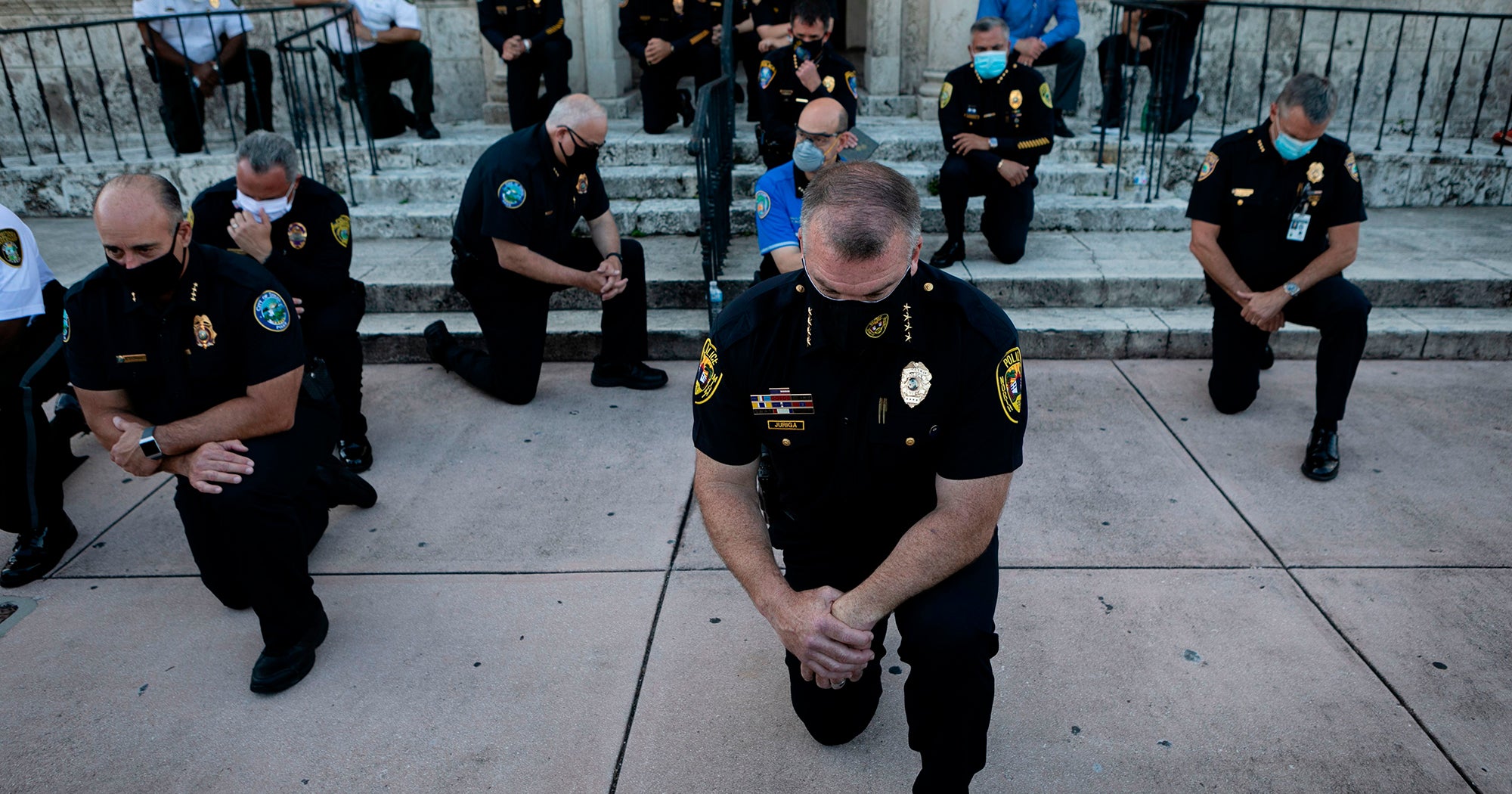 “Copaganda”. It’s a term coined by critics of the current policing mechanism that refers to the practice of amplifying or outright staging acts of the good deeds of officers. Whether it be helping out in the community performatively or attempting to garner acts of sympathy, like faking officers being poisoned by shake shack, copaganda has recently grown to be an interesting phenomenon with the advent of social media.

However, the fundamental basis of copaganda predates many forms of police public relations, attempting to maintain trust between the public and the police. One particularly egregious example is the use of “excited delirium” in policing.

Daniel Prude, a 41-year-old Black man from Rochester, New York, was killed in police custody in March of 2020 after his brother had requested emergency medical professionals to help him through an episode. As the events are documented, “At around 3:19 a.m., Prude became agitated, spitting at officers, and yelling, ‘Give me that gun’, until one officer placed a spit hood over Prude's head… One minute later, Prude unsuccessfully attempted to stand up before being repeatedly pushed over by officers, who forcibly held him down for approximately two minutes and 15 seconds. Officer Mark Vaughn used his body weight and both hands to press the side of Prude's head to the pavement… Officer Troy Talladay applied his knee to Prude's back. Another officer held Prude's legs. At the start of the hold, Prude said, ‘You're trying to kill me.’ The officers noticed liquid coming from Prude's mouth as he stopped speaking and moving. As Vaughn released his hold, he said ‘You good now?’. Prude did not respond. Vaughn then pushed on his head with one hand for 45 seconds while the attending officers chatted. Three minutes and ten seconds after the restraint began, one police officer remarked that he had been vomiting during the restraint and his chest compressions appeared to have stopped.”

Later, the Associated Press reported that police leadership pressed Rochester to keep the video of Prude's death a secret, fearing "violent blowback" due to the ongoing civil unrest and George Floyd protests. No charges were found against the officers involved in the killing and negligence, and received a suspension without pay lasting all of three months before the Rochester PD in December 2020 released a report clearing everyone involved.

Located on Prude’s autopsy as a contributor to his death was “excited delirium”.

On the surface, this is not an unusual detail. A recent review found that excited delirium was documented in 3% of police interventions and 10% of deaths in police custody. In spite of the application of the diagnosis in droves, it is not clinically recognized by the American Medical Association, the American Psychiatric Association, the World Health Organization’s International Classification of Diseases (ICD), or the Diagnostic and Statistical Manual of Mental Disorders (DSM-5). While excited delirium is not recognized in the medical world, it is defined in the law enforcement world by the FBI as “a serious and potentially deadly medical condition involving psychotic behavior, elevated temperature, and an extreme fight-or-flight response by the nervous system”. The most extensive review of all cases of excited delirium to date, published in 2020, found that the “syndrome” was most often fatal in the presence of aggressive forms of police restraint, including manhandling and hog-or-hobble-ties. The authors concluded that “excited delirium is not a unique cause of death in the absence of restraint.”

However, one medical organization, the American College of Emergency Physicians (ACEP) did affirm the reality of excited delirium in a written paper in 2009. Years later, however, it would come out that three of the authors of the paper were paid consultants of Taser, and Jeffery Ho, one of the authors, was a physician and police officer in Minnesota, paid hundreds of thousands of dollars as Taser’s medical director. Eventually, Ho terminated the contract in 2019, but the 2009 paper continues to serve as flimsy justification for the racially disparate practice. A review of all cases of death from excited delirium between 1969 and 1990 in Dade County, Fla., showed that Black men were more than three times as likely to have their cause of death labeled as excited delirium than their white counterparts.

As excited delirium persists in the American policing curriculum, we must understand its origins. The term was first used in 1985 by psychologist Charles V. Wetli while investigating a series of deaths of cocaine users (5 of 7 of which died in police custody). Later, he claimed that excited delirium was also the culprit for the deaths of 32 Black women in Miami during the 1980s, proposing that a combination of cocaine use and sexual intercourse had led to their demise. Later, police attributed the deaths to a serial killer, and the women had each shown signs of asphyxiation upon examination of their bodies. Wetli also advanced the narrative that those with ‘excited delirium’ were abnormally strong, violent, and remorseless, stating that: “It’s as if they’re impervious to pain — to pepper spray, to batons, to nunchucks [sic]. You spray them with pepper spray and they just sort of look at you.”

And that narrative has not died down. According to a 2012 article published by the Force Science Institute, at one police training seminar in Illinois, a police veteran described excited delirium suspects’ “imperviousness to pain” and recommended responding with force that is “fast and overwhelming, with a vascular neck restraint possibly considered as part of the package.” These brutal measures to attempt to stop someone going through a condition supposedly amplified by restraint creates a cycle of pain, if not death. Since the ‘condition’ can only be ‘treated’ with escalating force, it’s no surprise that many deaths in police custody have “excited delirium” tacked onto them.

The basis of excited delirium notwithstanding, it still instills a caricature of criminals, specifically accused Black men, into the minds of the police. These images are reminiscent of racist imagery throughout history, from the mythical crack user seeking out your family to the paranormal “superpredator” trope. Civilians are dehumanized and characterized as “animalistic” to cops who feel the need to use extremely excessive, and sometimes fatal, force when confronted with resistance.

The lives of Daniel Prude, Elijah McClain, and so many more are chalked up to the pseudoscience of excited delirium that exists to exculpate police officers of wrongdoing. Busting the myths that contribute to unnecessary human suffering and that absolve the powerful of accountability must be at the top of the priority list for those looking to protect and serve, and it starts by diving into the copaganda presented before us.