But despite the current class’s perseverance through such tribulations, the class size was 3,044 graduates smaller than it should have been

Kendall Carll
and
July 14, 2021
in
Guns in America
Courtesy of CNN 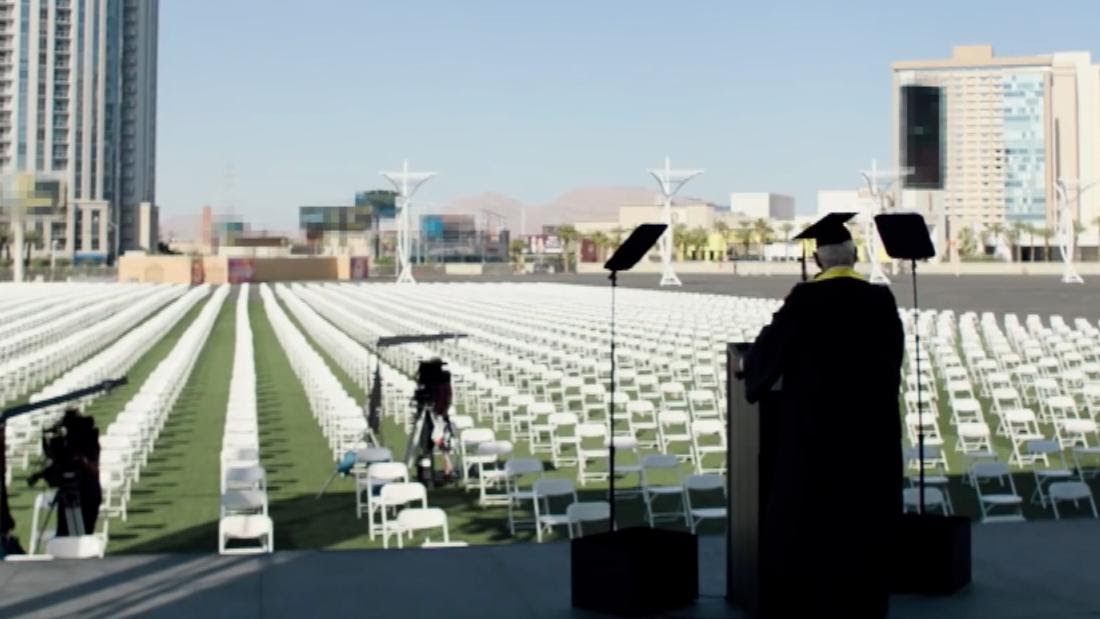 The class of 2021 had a high school experience dominated by a rocky presidency (including two impeachments), various civil rights movements, and of course, a global pandemic. But despite the current class’s perseverance through such tribulations, the class size was 3,044 graduates smaller than it should have been. That number—3,044—is the number of this year’s high school seniors that died from gun violence. As their would-be peers embark on a new journey of life, full of dreams and expectations, we are reminded of the dreams cut short, with no reminder so powerful as the James Madison Academy graduation day speech.

James Madison Academy, a fictional school named after the founding father that helped pen the second amendment, invited David Keene, two-time president of the National Rifle Association (NRA) to give a speech at its graduation. Unbeknownst to Keene, his “practice” speech was actually a project to deliver a powerful message initiated by Change the Ref, an organization founded by Patricia and Manuel Oliver whose son was one of the 17 murdered in the Parkland school shooting. The video depicts Keene beginning his speech in an attempt to inspire hope among recent graduates, encouraging them to “follow your dream and make it a reality.” In between the speaker’s various second amendment dog whistles, the camera pans around, revealing 3,044 empty white chairs—a haunting scene representing those that will never have the chance to reach for their dreams.

The organizers of Change the Ref released a series of two other videos featuring pro-gun advocates addressing these 3,044 empty chairs. In one video featuring John Lott Jr., pro-gun advocate and author, the speaker is seen railing against universal background checks as audio of the Parkland shooting chaos is played.

The organizers reject claims that their advocacy was malicious or short-scope, explaining that “this campaign is not about tricking a couple of NRA members, it’s about showing how thousands of empty chairs during graduations have become a normal American tradition.” The demonstrations have worked. Placing pro-gun advocates at the center of an anti-violence protest was novel and provocative, exactly as intended. The duped speakers undoubtedly have different opinions. Lott expressed disdain with the “necessity” of the demonstration, going as far to say that “if [Change the Ref] had confidence in their claims, they wouldn’t have to do stuff like this.” “Disappointed and upset.” Lott accused the organization of selectively editing the footage and taking his words out of context.

Sweeping changes to public policy require more than research and political analysis. For issues as grand as gun rights reform, the perfect storm of media attention, political motivation, and cooperation must occur to push the needle forward. While some may criticize or minimize Change the Ref’s actions as unnecessary and unhelpful, the opposite is true. These demonstrations not only sent a powerful message in their own right, but have created a media storm that has rejuvenated the fight for gun control. While the future policy implication remains to be seen, organizers like those at Change the Ref will play a key role in turning 3,044 into 0.