Joanne Wang
and
November 15, 2020
in
Race
Edwin Mah Lee: Death of a Trailblazer 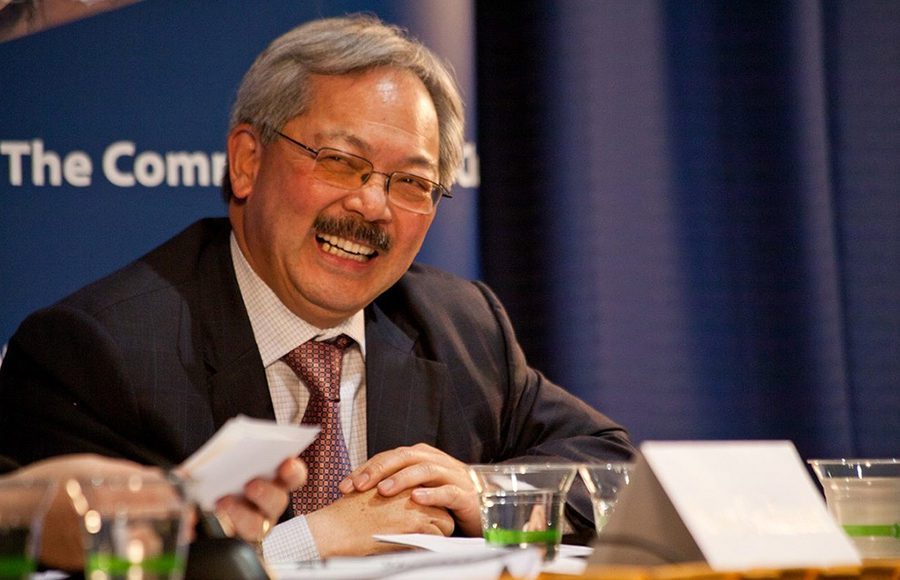 As the curtains of 2017 draw to a close, I think it would be a shame and a dishonor not to acknowledge a man who was living proof of a changing America. He grew up hearing racial slurs hurled at his father in his Seattle restaurant; he later became an advocate for immigrant rights and the first Asian American mayor of San Francisco. Edwin Mah Lee, a trailblazer in a land that discriminated so ferociously against the Chinese in the past, passed away at the age of 65 on December 12, 2017.

To fully understand the gravity of a Chinese American earning the title of mayor in this northern California town, you must comprehend the severity of the racism against the Chinese in the 1800s and 1900s. Like others, the Chinese caught wind of a gold rush in California and left their poverty-stricken homes in search of new opportunities and money to send back home. Upon arrival in 1849, they were initially welcomed because of their labor. The Chinese were appreciated, praised even, for their hard work.

But of course this paradise could not last. As the gold became less and less apparent, the thousands of Americans who came West in search of the gold rush were left empty handed. Instinctively, they pointed their fingers at their neighbors with different clothes and funny ponytails. Bearing a different skin color and intruding on American soil, the Chinese were suddenly the enemy. The mindset that still exists today came to fruition: the immigrants were stealing the jobs of deserving Americans.

Because the Chinese were mostly concentrated in San Francisco, laws were passed to harass them. One particularly asinine law was known as the Pigtail Ordinance in 1878. It required the prisoners to have their haircut within an inch of their scalp. This ordinance most directly affected the Chinese, who wore their ponytails as a symbol of their identity and their culture. This law was eventually invalidated. Later, due to the Chinese Exclusion Act of 1882, Chinese immigrants were singled out and disallowed to enter America for about 60 years. But immigrants with Chinese heritage also faced brutal oppression that was not systematic but purely barbaric in nature– they were tortured, beaten, and lynched without second glance in streets. At every turn, they were cast as rejects from society.

The last of the exclusion laws were not completely invalidated until around 1943. Just 75 years ago, Chinese were shamed, ostracized, and even murdered. But in 2011, Ed Lee stepped up to position as mayor of the town that passed the Pigtail Ordinance to harass the people of his culture. According to a 2010 census, whites constituted 48% of the population, Asians 33%, and African Americans 6%. Lee’s election was symbolic of the vastly changing city.

As mayor, Lee rocketed the median home value in San Francisco from $650,500 to over $1 million. He worked to lower unemployment rates and boosted growth in the technology industry. What I admire about him most is his obstinate stand on immigration laws. He clashed with President Trump over the issue of undocumented immigrants, claiming everybody deserves to be safe: “Crime doesn’t know documentation. Disease doesn’t know documentation.” A supporter of immigrant rights, he fought to keep San Francisco a city unrecognizable from the one his father put up with– one that hurled racial slurs and caused so much pain in those of his heritage.

Though the discrimination of the Chinese in California is not as prominent in textbooks as other racism throughout history, Lee’s story is one that must be remembered. It seems like such a small step: the first Asian American to become mayor in this town. But to me, it’s a step forward. It’s one step away from racial slurs and discrimination and utter hatred that existed a century ago. It’s one step away from remembering San Francisco as the city in which the Chinese suffered. It’s one step toward a town of acceptance and trust, toward a state of tolerance, toward a country of harmony. If a relationship can change so drastically, from threats of murder and mockery of culture to interdependence on running a successful city, what’s stopping the rest of the country from reaching that point one day?

Lee once said, “maybe a person of a different ethnic background could be welcomed and succeed.” He proved his own words to be true.

An inspiration. A trailblazer. And a damn good mayor. A Chinese American who made his way in a city that once turned its back on his heritage. Edwin Mah Lee, thank you, and rest in peace.