Educating the World As a Girl With Tourette Syndrome

I’m proud of who I am, including Tourette’s, and I hope that all people will one day feel this empowered to be who they are.

Hallie Hoffmann
and
November 1, 2020
in
Personal Narrative
Courtesy of The Odyssey Online 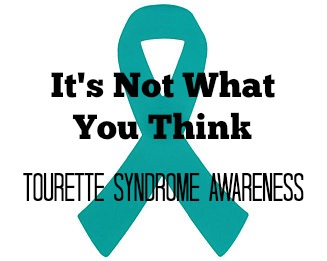 What makes you tick? This common phrase, referring to what motivates a person, is a hard question for most. However, for me, this question is easy. I tic because of a hereditary neurological disorder called Tourette Syndrome. Tourette’s causes uncontrollable movements and sounds called tics, and I have had it since I was six. Some of my usual tics include blinking, sniffing, and clearing my throat, but they are constantly changing.

I was bullied in first grade because of this, but since then, people have been pretty understanding. However, while most people are respectful when talking directly to me, Tourette’s is still socially stigmatized. Too often, I have heard people joke that someone who curses a lot – by choice – has Tourette’s. This specific tic, known as coprolalia, affects less than 10% of people with TS, but it is what the media chooses to focus on when portraying Tourette’s. Joking about it reinforces this stereotype, and it makes Tourette’s seem funny and controllable. I recently heard someone joke about another kid having Tourette’s, just because they were annoyingly repeating themselves. The student talked about Tourette’s as if it was a choice, a conscious decision between being “normal” or acting like a broken record.

As a Youth Advocate for Tourette’s, I recently gave a talk to a fifth grade class at a public school about it. While I was expecting to see ignorance and judgment, I was met with curiosity. As young as these students were, they wanted to know what Tourette’s was, what it feels like, how it is passed down, and how it affects my life. Most importantly, they wanted to know how they could help if they come across someone with Tourette’s. Everyone should take a lesson from those children. Rather than immediately judging, a simple question can spread understanding and awareness. I love when someone respectfully and kindly asks me, “Why are you blinking so much?” This kind of curiosity is what helps people learn more about Tourette’s, and by doing so, it no longer seems so weird or different.

If I had the opportunity to get rid of Tourette’s, I would not take it. Yes, it has been frustrating and challenging at times, but it has made me who I am today. I would not be as interested in social justice work were it not for Tourette’s, nor would I be the empathetic and confident young woman that I am today. As Temple Grandin once said, “I am different, not less.” I’m proud of who I am, including Tourette’s, and I hope that all people will one day feel this empowered to be who they are.